WHEN TIME RUNS OUT – Elina Hirvonen

At last I have identified the whispering voice that encouraged me throughout my reading of When Time Runs Out. It took a day after I read Finnish author Elina Hirvonen's short novel to understand just how this voice was able to mitigate the novel's grim implications, allowing its dreary narratives to hold me captive without a scintilla of hope promising an affirmative conclusion. 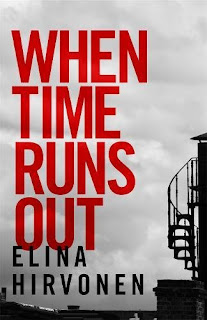 The voice was Walker Percy’s, and the leavening it offered was the message of Percy’s quasi-satiric apocalyptic novel Love in the Ruins. I should have caught on at the start, as each novel begins with a man and a rifle on a high spot overlooking a kill zone. Both men see themselves responding to a society at the verge collapse. Other than this single notion they’ve essentially nothing else in common.
The novels themselves offer moments of humor. In Ruins, the humor is sly, in keeping with Percy’s naturally droll take on human foibles. But the laughs in Time are unfortunate and inadvertent (I presume), occurring only with the sniper’s name, Aslak, which tickled my giggle trigger every time I came upon it, hearing my earworm imitate that annoying TV duck trying to sell me some sort of insurance--paradoxically an icon of the commercial quackery Aslak blames for his stand on the Helsinki rooftop with his rifle. Ultimately it’s Percy’s more insightful understanding of human nature that sets Ruins apart from the myopic surface tension driving the Finnish novel.
We see Aslak through three lenses: his self-perception and in the minds of his mother and older sibling. None seem aware Aslak, who is twenty-seven on the day he becomes a sniper, clearly is autistic. Neither the word nor a diagnosis pointing to the neurological disorder is ever mentioned, despite his parents having taken him to various therapists in his early years. No one gets past the obvious conclusion something is “wrong” with him. Eventually Aslak turns this wrongness around and pins it on society:
I am drowning in this shit. Everything is polluted. The whole of Western culture is just one hedonistic performance. The civilization we’re so proud of died a long time ago. Our only religion is the belief that we have the right to everything we want. The only human right is the human’s right to consume. That right destroys everything. 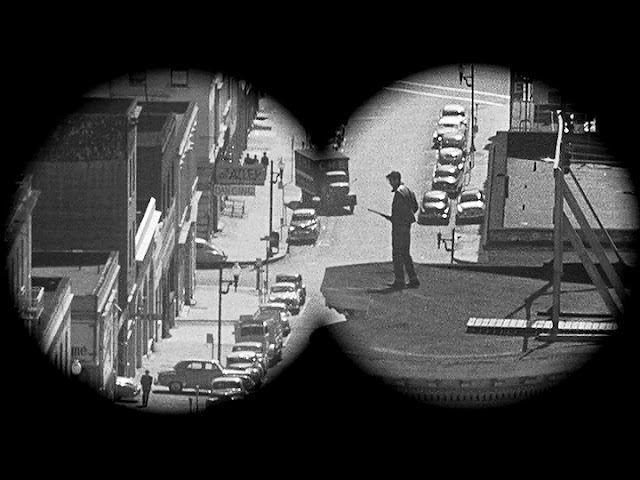 A crowning irony in this statement, part of a diatribe he delivered in a video police made while communicating with him on the rooftop, is how closely these ideas mirror those of his environmentalist mother, Laura, whose lectures warn of commercialism’s threat to the planet. Yet, she holds out hope: What looks now like an inevitable move towards the destruction of humanity may develop in unexpected directions. We may create versions of the future, imagine alternative worlds, new visions; one of them may one day come true. But we cannot be certain. The power of humankind may surprise us not only in destructiveness and selfishness, but also in wisdom, reason and the creation of the new.
His sister, Aava, who shares their sensibility, has taken a different approach. She’s become a physician who wanders the globe administering her skills to people in the direst of Third World places. She’s in Mogadishu when news arrives of her brother’s involvement in a worldwide series of random murders its disaffected loner perpetrators call “gobal genocide,” organized online by a masquerading right-wing fanatic who claims his aim is the “culling of the human race until man can live in harmony with nature.”
Aava’s approach is more personal, trying to “do everything as well as I can, because the only meaning is in what I can achieve.
“My tears and my nightmares do not help anyone,” she tells us. “My pain is the angst of the privileged. The small minority that has grown accustomed to thinking that dreams can be realized, and if that doesn’t work, you can demand better.”
Their father, Eerik, is engaged similarly, constantly traveling worldwide designing projects to revitalize ruined landscapes into public recreational and cultural facilities.
Their youthful ideals brought Laura and Eerik together, and strong sexual attraction united them. But the primal pooped out and their mutual affection atrophied. Eerik was away a lot, putting on Laura the greater share of parenting their two children, which she’d agreed to have only because Eerik wanted them. She had a two-year intensely physical affair with a lover described only as a “wiry-haired man.” With her husband remote, their grown son a stranger and their daughter gone, she’s miserable.
Of the three viewpoints we have, Aava’s comes across as the healthiest, and perhaps the most modern. Yet, it, too, falls short of happiness. Her relationship with Gerard, a French diplomat’s son, is tepid. Their sex is more habitual than inspired, meeting merely a temporary need. She sees no future with him or anyone else, seeing such long-term matings ending as dismally as her parents’. “I yearn for another person’s skin and the demands of his touch, not a life partner,” she says. “The mere thought of couples’ dinners, date nights or working at a relationship makes me feel ill. I want to work for starving children, not at a relationship languishing for lack of passion.”
Missing from these people is a sense of community, even in its most basic form, as a family. Cohesion is arbitrary, and any semblance of spiritual connection illusory.
I can’t tell if this was the author’s intention. If so, she’s captured what too often seems a general malaise of our time. Yet, all she offers, via her three vocal characters, is the foggy yearning for hope. Hope is never indicated beyond material needs, assuming safety, a hot meal, sex, and a sturdy bed. What more does anyone need? She seems to suggest something else in the epigram that leads off the first of the novel’s five divisions. It’s by Susan Sontag from her book Regarding the Pain of Others:
“Compassion is an unstable emotion. It needs to be translated into action, or it withers.”