IN THE BALANCE – Patricia Wentworth

We are told by those presumably wiser than us that first impressions are hard to shake, that they tend to sink their claws into the heart with an indelible vengeance, refusing to let go despite the force of logic sprung from overwhelming contrary evidence. All too disastrously often it explains the expression “love at first sight” and, in voting unimaginable authority and power to a stranger, “I liked the cut of his jib.”


In this vein I find myself wondering how the course of my literary tastes might have progressed had the first sentence of the first paperback my long-ago little self plucked from the bookcase next to my father’s reading chair been Miss Maud Silver looked along the crowded platform and felt thankful that she herself was in a through carriage, instead of The guy was dead as hell.

My father’s modest collection of mysteries did include some by women. I remember seeing the names Eberhart and Christie, but it was the Korean War and I wanted to grow up to be a soldier and the only soldiers I knew were men and with this tidal wave of serious manliness pounding against my puerile sensibility is it any mystery Mike Hammer reached out and took command? Miss Silver wouldn’t have stood a chance.

Today in my platoon she’d have Hammer on the floor doing pushups while her knitting needles clicked cadence. It’s quite possible that if the first sentence I’d read back then had been from In the Balance I might in later years have paid closer attention in Latin and math, imagining those elderly ladies secretly solving murders as a sideline.
I can’t say if Miss Bolte was a knitter, but I can easily see her sitting in a train compartment miles away from veni vidi vici, expertly working her shiny steel needles through the purls and knits and slips of a woolen jumper for her niece when her next client comes crashing through the door babbling in a state of terror. The client, still in shock after overhearing a conversation that seemed to indicate her husband of six months was planning to kill her, confides in Miss Bolte, trusting her in part because, frumpy and prim, she looks and speaks like a retired governess. Miss Bolte certainly did fifty years ago when I knew her, altho her teaching was in Midwest classrooms filled with students, and she very likely never entertained fearful newlyweds on trains bound for London, as did her fictional counterpart, Miss Silver. And had she found herself in such a circumstance, it is highly doubtful Miss Bolte’s perception would have included a ratiocinating bent of the sort to observe of the frightened damsel, “This is a London train. You would not be going to London without any gloves if you had not come away in a hurry. And they are not in your bag. That flat envelope shape would not close upon a pair of gloves without bulging.” 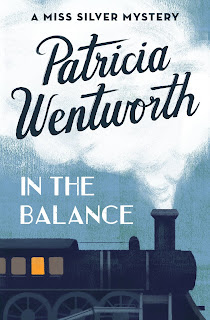 To herself, Silver notes that her compartment mate is “a normal creature shocked into a temporary abnormality,” so with the cat thus out of the first-appearance bag, Miss Silver confirms her Sherlockian interest by handing the fellow passenger her card when they disembark at the London station: MISS MAUD SILVER Private Investigations Undertaken. 15 Montague Mansions, West Leaham Street, S.W.


At this point we leave Miss Silver and follow Lisle Jerningham, the young newlywed, to Tanfield, the massive estate that’s been in her husband’s family half a millennium and has become such a money hole the husband’s had to marry wealthy wives to keep from losing it (oh, yes, Lisle Jerningham’s a rich American). The husband’s first wife died when she fell off a cliff in a presumed accident, uh huh. Lisle finds Tanfield an unwelcoming place, with her cold, controlling husband and his two cousins, who are staying there as guests, regarding her condescendingly as if watching a sacrificial lamb on the verge of another Tanfield fatal accident. Indeed, Lisle narrowly escapes death in two such accidents.


She comes across as something of a ninny, naively giving her husband the benefit of doubt after doubt, believing what they have between them is true love. She even has a last will and testament drawn up leaving the bulk of her estate to her husband. I found myself shouting a couple of times, “You damned stupid IDIOT!!”


Lisle’s creator, Patricia Wentworth, masterfully tortures us with Lisle’s incrementally more insightful glimpses of the situation only to pull her back into her thumb-sucking, trusting cocoon. Wentworth even lets Lisle reach a point where she contacts Miss Silver and agrees to meet her, but then changes her mind and cancels the appointment. STUPID! STUPID! STUPID!...I shouted until the next-door neighbors began banging on the wall. And then… 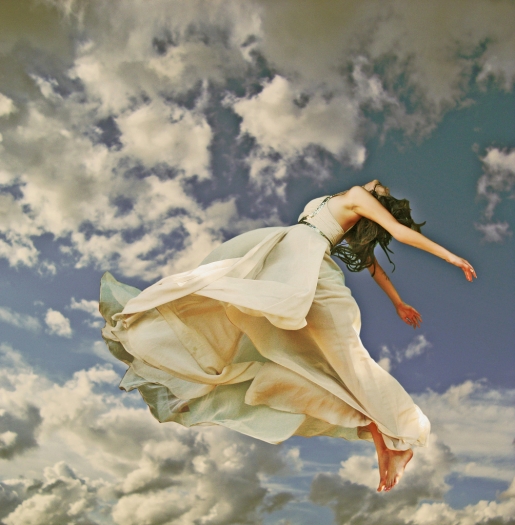 And then a minor character wearing a fancy coat Lisle had given her moments before falls or jumps or is pushed off a cliff to her death. Those with motive and opportunity to push her include the husband and his cousins, all who just happened to be in the vicinity at the time and who might have noticed only the coat, not who was wearing it.
Enter Miss Silver once again. She reads a newspaper account of the apparent accident at Tanfield. She heads up to the nearest town. A former student, Randal March, is the investigating officer:
It took Randal March a long way back to a schoolroom where a little inky boy and two much tidier little girls had absorbed instruction in reading, writing, and arithmetic from a Miss Silver who must in those days have been a good deal younger than she was now, but who never seemed to him to have changed in any way with the passage of years. Kind, dowdy, prim, intelligent—oh, very intelligent—and firm.
She clues him in. He appreciates her background and advice. Could he have caught on to the truth without her? Do they save Lisle from yet a third attempt to murder her? Are we happy with the ending?
I don’t recall reading any other mystery novel where the narrative focus is on the victim while the plot gathers like a boa constrictor around the prey. I probably have read such novels, but the only story that comes to mind is Dial M for Murder, the movie. I found In the Balance more gripping than the usual detective story, probably because I tend to identify with the protagonist—in this case Lisle, albeit Miss Silver’s supportive role is essential as, if nothing more, than a savvy accidental ally.
In the Balance (originally Danger Point) is the fourth in her thirty-two-novel Miss Silver series. I very likely will be reading others.