The man who created Destry and Dr. Kildare

Frank Gruber tells a fabulous anecdote about him in his book The Pulp Jungle. He says Brand worked at one of the major studios as a "grind" rewriter. Every day, the co-worker who told Gruber the story said, Brand would arrive with a very large steel thermos filled with pure vodka. He would open it, pour a cup into the red top, and begin to write. He wrote all day without stopping except to the bathroom (and to refill his Thermos. from some source in his car, apparently at noon). He never exhibited symptoms of drunkenness. He wrote with hardly a single strike-over. He would finish a quart or two of straight vodka each day, the writer who shared Brand's office said, and he would finish his "grind-work" by 1pm or so. For the next four hours he wrote (his own stuff) either Dr. Kildare or Westerns. And some of those Westerns are damned good stories. You can't put `em down, because the characters actually seem real.
For more...

Posted by Mathew Paust at 7:45 PM No comments: Links to this post

It was about eight o’clock this morning and I was experiencing my usual ambivalence during what some might consider a peculiar exercise, with one foot on the pinnacle of my power and the other in the nadir of depravity. I was alone in my office snooping through the White House email. It is something I do sporadically throughout each day and, I might add, is not historically unprecedented in this job. I had begun my idle browsing habit quite casually while looking to retrieve a memo I’d lost to a slip of a finger on the keyboard. Once inside “purgatory,” which is what we call the directory that holds all email output for three days before dumping it presumably into oblivion, I succumbed to the temptation of a slugline that boldly asked, “nooner?” Calling up the file I learned a new word for vagina and the day’s trysting place for Tonga Cooke and someone named Julayne in the data processing pool.
I didn’t know who the sender and recipient were until I called the message up on my screen. All I could learn from the slugline was that the memo had originated in Tech Support. Once on my screen I had the complete message including both its addresses. Tonga, who heads the White House Technical Support Team, had assured me that besides himself only me, Adele Schwammel and the President could call up anything from purgatory. This is probably why Tonga had slugged his note to Julayne as he did, trusting that neither the President nor me, his friend, would have the time or inclination to do what I had just done. Schwammel, on the other hand, gave off that she was not computer friendly, and she never answered email sent to her. The President’s political rabbi, Schwammel preferred to conduct her business in person or on the telephone.
Yet, it was stumbling upon a juicy note from Schwammel to an officer manager in Treasury shortly after experiencing the sophomoric thrill of discovering Tonga’s note to Julayne that addicted me to daily fishing in purgatory. That Schwammel’s email-documented pursuit of the office manager constituted the most titillating intelligence I’d found in my two years in the White House did not dampen my enthusiasm for these secret little expeditions. For Schwammel, the President’s closest political aide - by title, Assistant to the President for Domestic Policy - was clearly someone to keep an eye on.
What the fuck? I take an almost perverse pleasure in writing the exact words born in my fore brain when I stumbled upon the ambiguous message. I was alone in the office and not in any circumstance inclined to auto confabulation. I denied it voice. But the bafflement was real. It pushed and burgeoned, taunting me with squirming alternations of drollery and menace. I shoved back from the desk and stood up. I would pace if I had to, which is how I usually deal with cerebral stress when alone. But for now I didn’t wish to break eye contact with the screen on my computer monitor where the smattering of words glowed with perplexing ambiguity. They were either innocent - foolish beyond belief yet quite innocent - or they carried unthinkable implications. At the moment, I was drawn to the latter interpretation and I felt a chill at the back of my neck. As I pondered, the chill extended down over my shoulders making me hunch them and hug myself.
THIS IS A TEST. You with us or what? Out.com’s off unless you stay. THIS IS A TEST.
Test, my ass, was my first unspoken reaction...
Read more »
Posted by Mathew Paust at 8:42 AM 7 comments: Links to this post 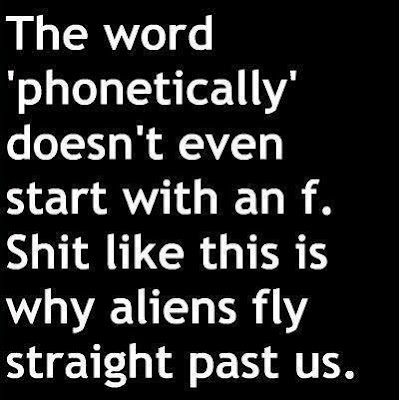 Posted by Mathew Paust at 10:08 AM 2 comments: Links to this post

Martha Nichols on writing and that week in her Boston neighborhood

I often startle awake in the middle of the night, editing a piece of writing that doesn’t exist. I stare into the darkness, still recasting sentences in my mind.
Last week in Boston, I woke up every night in this ghostly editing mode. Within moments of opening my eyes, I couldn’t remember what the writing was about or why I kept going through the motions. The night of the bombings, it had to do with book reviewing. I think. On Saturday, after my family visited the memorial for the victims downtown, I was sure I understood something BIG, if only I could change this word, this paragraph.

It was a surreal week. Awful. The deaths and injuries, the days of wondering what the hell is going on are we safe oh please, the five-city lockdown during gun battles a mile from my home—none of it made any more sense than my dream creations.

And yet, I’ve come to realize that those struggles over phantom words are never wasted. Writing is how I organize my thoughts. Revising is how I figure out what I don’t know. Even going through the motions, in my sleep—in the constantly evolving and unraveling stuff of dreams—I’m grappling with some nebulous thing that may eventually surface.

To read the rest: http://talkingwriting.com/boston-why-i-keep-revising/

Posted by Mathew Paust at 9:19 AM No comments: Links to this post

A couple of poems

Ego bereft of consistency
Betrays a heart hungering to toll.
Unable to trust its will
Or harbor imaginary gods,
It gains a hold melding into a role whose proven viability
Can give convincing cover
To buy time to fabricate
An identity that feels unique,
Yet not so much so
As to strand it in the cosmos
Bereft of soulful company.

Posted by Mathew Paust at 12:33 PM 9 comments: Links to this post 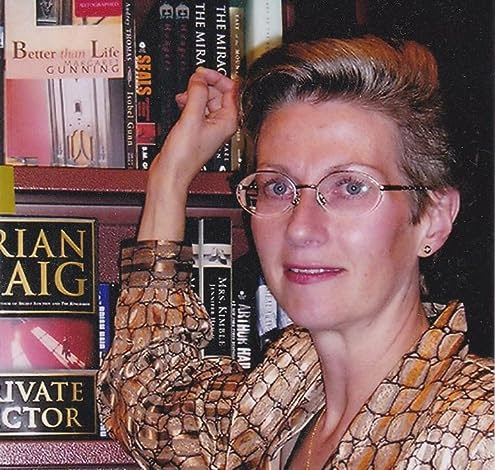 Lit Dick is proud to present Canadian novelist Margaret Gunning as today's Lit Dick Intermittent Award laureate for her impassioned exposé of the poet Gerard Manley Hopkins's secret life. Click on the poet's name here to discover what Gunning unearthed online and from her artistic intuition to bring to light a side to Hopkins that had been only suspected by aficionados and which is still technically unproven.
Gunning is the author of two published novels -- Better than Life, the suspenseful tale of a quirky extended small-town Canadian family, and Mallory, the story of an adolescent girl struggling to find herself during the blossoming of her sexuality -- and a third novel, The Glass Character, about the life and times of silent screen comedian Harold Lloyd, for which she is currently seeking representation and a publisher.
Posted by Mathew Paust at 4:06 PM 6 comments: Links to this post

I stifle a curse when I hear the beep beep beep.
Another traffic jamming electric cart.
I'll soon be upon the damned thing
in my usual hurry
to get the shopping done
and get the hell
out.

Someone less able than me,
self-destructive I suppose
in my least charitable way.
Someone stuffing greasy chips
into his or her face,
stuffing his or her beeping conveyance
with ever more bags of cheap deadly calories,
or shooting the shit
with another witless old fart,
both oblivious of me
as they block the aisle
in their GOD DAMNED ENTITLEMENT!

Read more »
Posted by Mathew Paust at 9:12 AM 10 comments: Links to this post

Well, not really.  Josh Rackley, my stepson, took this timed exposure of the back of our house and the sky and the stars and any other objects, intelligent or not so much, out there in the cosmos and beyond. 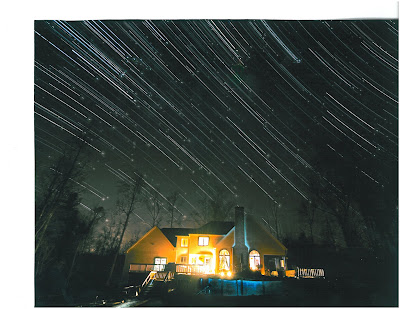 Posted by Mathew Paust at 7:42 PM 6 comments: Links to this post

Long and winding road to our door

I shot this video through the windshield of my pickup Sunday and used YouTube's editing tools to smooth out some of the bumps and give it a 3-D look and a snappy ending.  The background music is from YouTube's seemingly limitless library.  I picked the instrumental Abstraction, by Tim Devine and Stacey Beckley, which provides the sort of cinematic soundtrack accompanying the beginning or end of a movie.  I almost expect to see credits start rolling up at any moment. We're trying to sell the house, which we've had for about seven years now.  We love it, but it's too costly for us to keep up in this uncertain economy.  Theresa Ashberry, our agent with Century 21 Liberty Realty in Gloucester, hopes to embed this video in her webpage listing.  Our house will be on Liberty's open house tour Saturday, April 20.  Come on by!
Posted by Mathew Paust at 3:00 PM 2 comments: Links to this post 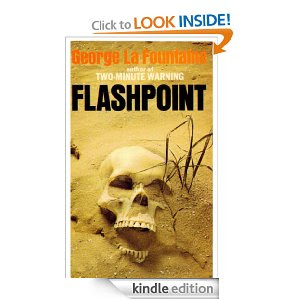 Read more »
Posted by Mathew Paust at 10:27 AM 8 comments: Links to this post

Gotta get used to this faintly outlined title box

"So", as the au currant chattering parrots insist on starting every new topic with, my first post here is history. Consigned to the archives along with the second title, House of Paust (the first was Paust House, which embarrassed me almost immediately). Being someone known for my flaky attention span, this new title and theme should work just fine -- until a new idea strikes.

It's getting late, and I'm worn out from fussing with Blogger's intricately arcane setup tools. Figuring out things here is almost as taxing as trying to figure out an IRS form. Anyway, that's it for Day 1. G'nite.

Greetings. Welcome to House of Paust. Make yourself comfortable. Feel free to join the conversation. What conversation, you ask? Good question. Nuttin here yet. But...there will be. Soon. Meanwhile, thoughtful housewarming gifts will be received gladly, and cherished. - Matt