Help Us Fight Illiteracy in Our Community 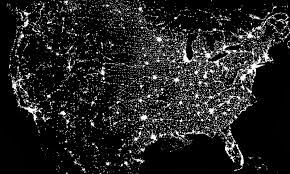 We're one of those "points of light" politicians love to talk about when they're telling us not to look to our government for any money. Take care of each other, they say, smiling, because isn't that what America's all about? Oh, and vote for us, they add.

We took them at their word. A bunch of us non-politicians. Some of us are retired, some are still working to feed ourselves and our families. We started a "point of light" to help people who for one reason or another didn't finish their basic public school education. We're helping them learn to read and write, and do 'rithmetic. No hickory stick. These students come to us for help because they've reached a point in their lives when they understand the value of learning. The only "compulsory attendance" these adults know is the one they've committed to themselves by their own choice.

Adult Literacy on the Middle Peninsula  is a meeting of commitments, theirs and ours. A new light appears each time these commitments come together.

The beauty of it is, everybody's in it for free. We don't charge our students a nickel; nobody pays us a nickel. It happens because all of us who do this -- the helping and the learning -- are doing it because we can. Simple as that.

Be nice if I could say it's all for free, but, as the politicians also love to say, "There is no free lunch". That's a lie, actually, as politicians eat free all the time...but that's another story, not ours. We do have expenses. Books and study materials, a monthly phone bill and gasoline for our director to cover our territory in her little red car. She's on the road practically every day, making contacts in the community, rustling up support, and tutoring students. Public libraries in the counties we serve -- Gloucester, Mathews and Middlesex -- graciously let us use their meeting rooms, as we have no permanent place of our own.

We operate on a shoestring, but sometimes that string gets stretched pretty tight. We're in Virginia, but anyone who wishes to help us is welcome to do so, wherever they live. Literacy benefits everyone (except maybe certain politicians). We hold raffles for donated prizes, we sell donated pizza gift cards, we hold an annual spelling bee, we accept direct donations.

Perhaps our least painful means of taking pressure off that shoestring comes from our partnership with Peace Frogs, a local clothing company that's known around the world for its environment-friendly attitude. Peace Frogs gives us 15% of all purchases made from their online gift store, if it is accessed through the special URL link they've dedicated to our group. If you'd like to see what they offer, click on the link. Join our point of light: Peace Frogs
Posted by Mathew Paust at 8:00 AM 8 comments:

The SUV's blue grill lights were flashing urgency when Trueblood saw it pull up in front of the house. Not taking time to kiss his wife and son, both transfixed in front of the TV, he dashed out to his ride, iPhone in hand, and climbed into the psychedelic maelstrom of President Morowitz's animated voice launching the WACKO song. Joe Secord took a moment to study Trueblood's face, which reflected a three-way mix of shock, confusion and horror, before punching the accelerator and squealing the tires back onto the roadway.
“Bart know anything?”
“He's so upset he kept breaking the connection.”
“You get Chapman?”
“He called me. Called Bart, too. Watching the game when it started. He's probly there by now.”
“Good thing traffic is light.”
“Yeah. Everybody inside watching. What we gonna do?”
“Let it play out, whatever it is. Probly be over by the time we get there, anyway. Morowitz will be in a straitjacket by daylight.”
Trueblood's iPhone chirped. Bart. Trueblood put it on speaker.
“Where the fuck are you?”
“Almost there, Bart.”
“Joe?”
“He's driving. Roger there yet?”
“Huh?”
“Chapman.”
“Oh, the hacker. Just got here. Told him to shoot the damned thing down.”
“Anybody from WACKO?”
“Oh, yeah. Sonofabitch sitting at my desk when I got here.”
“Buford?”
“Little one. I told him I'll shoot that big bald-headed bastard I ever see him in my office again. Don't fuck with Bart, goddammit!”
Read more »
Posted by Mathew Paust at 5:26 AM 2 comments:

Gladys Alabi and Anthony Cromwell stared aghast at the flat-screen TV on the wall in the conference room. They were watching President Morowitz come unglued, ranting about how WACKO was “the real government, the shadow government”, and that he, Morowitz, was a figurehead, a joke.


“How long you suppose before WACKO shuts them down?”


“They can't crash the bunker, Gladys. That would be too obvious.”


“Do they even know which bunker?”


“Shouldn't take them long to figure it out, but they'll wait at least until he's done speaking.”


“What about the signal?”


“Yeah, wouldn't that be the best way? Blame it on the weather, terrorists?


Just then, Randy Newgate appeared in the conference room with his laptop.


“They're not doing anything. Didn't even try to keep us from co-opting the satellite feeds. Makes sense. The more that asshole rants the less his credibility, what's left of it anyway.”


“He looks pretty good up there, actually,” said Cromwell.


“That's true, but a president's not supposed to talk like that. Most people are convinced he's gone over the edge.”


“Finally grew a pair of balls, is what he's done.”


“Too little, too late, Gladys. I just hope Ruth doesn't go down with him.”


“Then that dimwit Kudlow will be president. Holy shit.”


Hearing Cromwell use profanity quieted the other two. They turned their attention back to the screen in time to watch Morowitz break into song.
Read more »
Posted by Mathew Paust at 1:33 AM No comments:

Bradford Morowitz switched the floodlights on in the studio and the room went still, as a theater does in that electric moment before a play begins, those few seconds between the lights going down and the curtains drawing back to reveal the actors frozen onstage. The actor now was Charlotte Remora, standing against the curtain, beside the lectern. She wore a simple yet stylish light green shift, which accented the freshly pretty, light-complected face within her trademark cloud of orange hair. She spoke briefly, the clipped cadences of her voice calmly professional, as she promised “an extraordinary development” and noted the exclusivity of her network's coverage.


“Do you suppose she knows?” Geddes whispered to Joan Stonebraker. Ruth was standing behind the lectern.


Ruth was next. Her face serious, presidential, she simply said, after “good evening”, that President Morowitz had invited her to be with him, and she introduced him and stepped aside.


The president's awkward stride to the dais carried an oddly positive sense of purpose. Ruth suppressed an impulse to laugh aloud at the contrast this made with everything else, the surreal circumstances, fear for the safety of everyone in the bunker, and her knowledge that no matter how this unprecedented episode might pan out, Morowitz was utterly dooming a presidency that already had become laughing stock for most if not all of the world.


She had come to like and respect him in recent days, since their talk beside the Reflecting Pool. Until then her impressions had been largely superficial. Not having noticed him politically until his seemingly meteoric rise in the party as a presidential contender, she'd been struck initially by his Lincolnesque features. The absurd contradiction of his Nixonian voice quickly negated any illusion of gravitas his physical appearance might have suggested. Yet, she wasn't overly surprised when this strange apparition managed to fool enough party people to secure the nomination and from there enough voters to stumble into the White House. She watched in concurring dismay as Morowitz the president, stymied by a public perception of indecisiveness and a hostile Congress, progressively shrunk in the public eye until at this point he was barely visible.


Back in her seat in front of the dais, Ruth watched as a hidden mechanism elevated the lectern to better accommodate Morowitz's height. As this was happening it became apparent to her the lectern also was narrower than standard. She turned to Geddes and whispered, “See how narrow the lectern is? That's so his head and shoulders won't look so small.” She stifled a giggle as Geddes jabbed her with his elbow.


“Good evening,” The assured, assuring, deeply sonorous voice startled Ruth even though there was no electronic amplification in the studio and the sound was turned down on the five overhead monitors. The president's image appeared on only one of them. “My apologies for interrupting the program you were watching...well, that's not true. In fact, it's pure hypocritical baloney.” Everyone in the studio registered shock, even as their eyes remained fixed on the president.
Read more »
Posted by Mathew Paust at 12:53 PM No comments:

Dr. Elizabeth Knoe had stayed out of the discussions up to now. She was in the bunker to administer the Vulcana, monitor the reactions and make sure nothing went wrong. She asked, “There seems to be a contradiction here that I don't understand. We've been denying the existence of Vulcana. Now we're about to reveal to the world we've been lying?”


They were sitting in the lounge area on cheap-but-comfortable furniture – all but the president, who had slipped away to another room to work on his speech. Ruth answered Dr. Knoe: “Not really, Liz. All we've ever said is that Al's book is fiction.


“While it might be technically true, at least they can say we've been misleading. The book is labeled satire, and that's certainly how it comes across.


“But Vulcana has existed all this time.”


“Vulcana's still in the research stage. It's never been put on the market. In fact, we should stop calling it Vulcana, which is simply the name we've given it in-house. Give it a number or something. How about Love Potion Nr. 9?”


“Spoken like a lawyer, Ruth, a smartass lawyer. But I doubt anybody will buy their argument.”


“Ruth, what the president is doing will look like a commercial!”


“For something that's not on the market?”


“If it works the way it should, the way Al says in the book it should...”


“That it would hurt your credibility.”


“What if it doesn't? Work, I mean? What if something goes wrong?”


“I mean, Morowitz could have a heart attack. Or a stroke, or God knows what. It might not have anything to do with Vulcana, but how could we prove it?


“Depends on how loyal the Marines upstairs are,” said Joan Stonebraker. “If they want to get down here, they'll get down here. Otherwise nobody's getting down here.”


“I give them two days at the most,” Geddes said.


“Before WACKO takes control of the government, Joan. If Morowitz doesn't start making sense in two days WACKO will gently urge the esteemed Quentin Kudlow to rally the cabinet and invoke the 25th Amendment. They'll hem and haw awhile, but I'd give them about a week and they'll agree to declare the president incapable of being president, whereupon the esteemed...”


“The esteemed idiot will not be a factor,” said Ruth.


“Forget him. Do you seriously believe Edith Glick would go along with putting that fool in the Oval Office?”


Ruth reached out and pinched Geddes's cheek. “That remains to be seen, bubby.”
Read more »
Posted by Mathew Paust at 10:43 AM No comments: