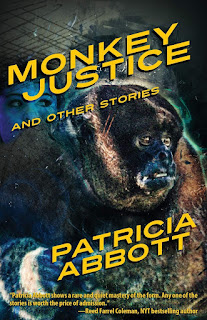 It takes me a lot longer to read a collection of good short stories than it does a good novel of the same length—even if the chapters are longer than each of the stories. With chapters I can come back after a break, and the story's still in my head. I might be surprised by what happens in the new chapter, but, unless the novel is reaching for literary cachet, the characters and the voice and narrative thread are still the same. Not ordinarily so with individual stories. Despite the ominous aura hovering over the pages of Monkey Justice, Patricia Abbott's twenty-three tales of people treading in moral shadows, each story took me to a different place, with new characters, different narrators, and no sure expectation of where we were going.
This can be a problem for me with fiction, as I tend to identify with the most prominent characters. Whether I like them or find them repugnant. Although occasionally in these kinds of stories—known as noir in the milieu—I find myself caught up in a character who ends badly, most of them manage to elude the disaster that another character deserves, and gets. Abbott’s sorcery keeps me in suspense this way, masterfully misdirecting right up to the surprise twist that can come anywhere in the narrative. So even though I have a general notion of what I’m getting into, Abbott pulls the rug out from under me more times than not. Each story is like a different Whitman’s Sampler chocolate without the guide. Is the round one the good one, the caramel? Oops, nope, that’s the cherry cordial...ptui.
Monkey Justice has all of the different shapes, but not a one is a ptui. Do I have a favorite? This has yet to be determined. The swiftness of a short-story experience can continue to play out in a reader’s sensibility long after the reading. The subtler ones take longer as various nagging nuances refuse to desist. Stories that give me the most trouble this way usually feature a character who gives off hints of being a little too close to the dark side. 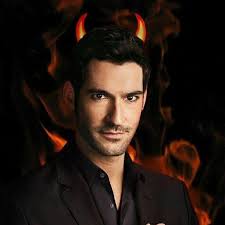 I call these characters “Lucifers,” although the best ones are too ambiguous for me to be certain. Characters like Flannery O’Connor’s “Misfit,” James Lee Burke’s “Legion,” or Walker Percy’s “Art Immelmann.” They have enough charm to keep me unsure if they are truly Mephistophelean. Are they just plain bad or is there something deeper, something...well, other? They often have an odd odor and a knack for insinuating themselves into my trust. They pop up when least expected and coincidentally most convenient for them.

I won’t spoil your surprise by giving you the title of the Monkey Justice story from which Abbott’s Lucifer character keeps popping into my head, making me wonder if it (no gender hint) is in fact an evil entity or so much like real people I’ve known that I shiver at the remembrance.
Another story that lingers, this one continuing to arouse giddy chortles in my throat, also features a sinister character. But this one I’ll not only share the gender but the name, albeit Abbott gives her a fig leaf of anonymity while ensuring we’d not mistake this former New York Times book reviewer as anyone other than the woman Norman Mailer publicly dissed in a Rolling Stone interview as a “one-woman kamikaze,” and by Susan Sonntag, who said, “Her criticisms of my books are stupid and shallow and not to the point.” Abbott tugs the fig leaf back for a flash of identity when she assigns to her “fictional” reviewer a quote delivered by the living, breathing Michiko Kakutani in a review dissing Jonathan Franzen’s memoir The Discomfort Zone as “An odious self-portrait of the artist as a young jackass,” whereupon Franzen shot back with the ultra literary equivalent of yo mama, calling Kakutani: “the stupidest person in New York City.” Oy veh (Oibikuru in Japanese). 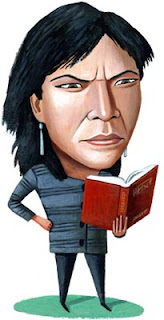 In Abbott’s story the fig-leafed Kakutani is called Madam X, and it’s told by a former gangland bodyguard now fallen to guarding spoiled celebrities. “She told me stories about getting egged by a guy who wrote books about bears,” he tells us, and I can feel his sneer. “Another melee happened with a female writer dressed like a chambermaid. She’d let herself into Madame X’s room in a Boston hotel, and hidden under her bed...”
The story ends with a twist, of course, making me laugh. And I still have no use for Jonathan Franzen!
These are only two of the twenty-three. I shan’t mention any of the titles, for fear of giving something away that might spoil any of the myriad gotcha moments sprinkled throughout Monkey Justice. Well, you can have one: Monkey Justice, which also gives the book its title. In an interview, Abbott attributes inspiration for the story to an incident on a bus ride in Detroit. She overheard a fellow passenger telling a story to someone else:
Who could resist using a story about a man's wife and mistress giving birth to his daughters on the same day? The guy on the bus becomes Gene, the beta male, in my story. I even watched him de-bus at the [Michigan] Science Center.

He will never know that his story became my story and the title of this collection. 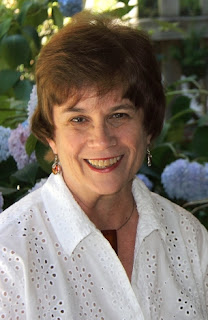 Abbott is the author of the Anthony and Macavity-nominated novel Concrete Angel, the Edgar and Anthony-nominated Shot in Detroit and 2018’ s story collection I Bring Sorrow and Other Stories of Transgression. She won a Derringer for her flash fiction story “My Hero.” The author of nearly 200 stories, she lives in Detroit. You can find her on pattinase.blogspot.com.