Back in the day, when I worked for a small daily newspaper, "Coal," as the first sentence of a news story, won high praise from our editor, and for a while was imitated by some of the writer's colleagues. It was lauded as original and catchy, more likely than the ordinary first sentences we'd been writing to entice readers into stories.


Alas, an opening like that in I Bring Sorrow might have been sorry as a lump of coal attempting to entice any fiction lover beyond a momentary gape and head shake. 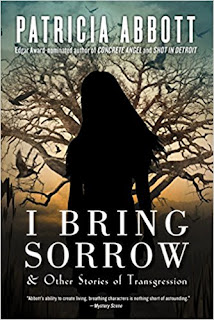 Here's how Patricia Abbott successfully enticed me to read Lamb of God, one of the twenty-five tales in her astonishing collection of "stories of transgression":


The first time Kyle Murmer’s mother tried to kill him, he was nine.


Or this opening of Old Friends:


Ah, the glorious unmitigated freedom to be bold, to jolt, to tell the truth! People say they prefer nonfiction because it's real. They say fiction is fantasy. Well of course facts are imaginary in fiction, but anyone reading I Bring Sorrow could not but agree that while no mainstream newspaper would dare take such liberty with the above-mentioned slangy term for feces, it’s how real people talk.


I read all of the stories, including those that didn’t entice me with startling starts. I read them all because I’d read and enjoyed Abbott’s two crime novels and knew that even were she to begin a story with the word “coal” her writing is so sly and original she’d have me gasping with delight and admiration by tale’s end. I shan’t reveal whether in fact she did start a story in this collection with “coal” but I will say she left me gasping with delight and admiration after every one of them.


One of the most intriguing of these is the title story—full title: I Bring Sorrow to Those I Love. There’s big-time sorrow here, big and hauntingly familiar. Yet there is a delicate, mystifying, almost comical aspect to the relationship between the cellist and her lover. I said “almost comical” because the two characters are so real I cannot help but feel empathy for them in their dilemma—for each of them. But who is the bringer of the sorrow? Should the blame be shared, as it usually is? Or is there another, a third sorrow bringer? One more selfish and wicked than we mortals can be expected to imagine? I think I hear the cello’s mellow voice now—it’s...it’s plucking the theme from The Twilight Zone...wait...yes! Yes, I can hear it!


The collection’s first story, On Pacific Beach, is a tender one with a much more conventional sorrow. It’s about a woman who periodically visits her homeless, mentally ill mother wandering the beach with her grocery cart filled with oddities. The mother never recognizes the daughter as her daughter but as a familiar face she’s given an unfamiliar name. This poignant sentence touched my heart:


“She’s gotten her hands on a bright blue boogie board, which she strokes possessively. She’s a vessel of maternal gestures she never expends in the usual ways.”


The mother refuses treatment or conventional shelter, and seems perfectly happy making do completely on her own in her own unfathomable way. The daughter’s concerns for her safety heighten dramatically when she reads that a serial killer’s been murdering women on her mother’s beach.


This story’s ending made me sigh, with a chuckle mingled in. 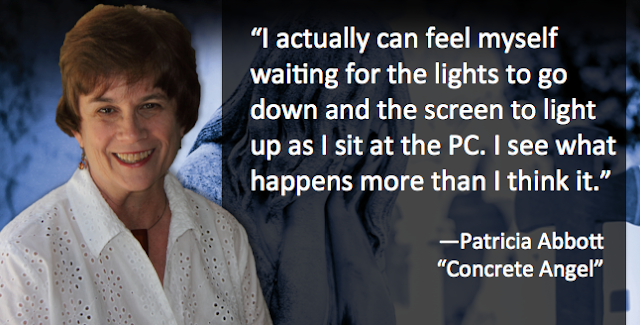 I Bring Sorrow is a delicious salad of styles and tones and fiction genres. I could see Papa Hemingway grinning from the cockpit of his yacht, Pilar, as I read the fishing story “Um Peixe Grande,” and Flannery O’Connor smirking enviously while sneaking a peek at Is That You?


And is that Philip K. Dick or Murray Leinster nodding approvingly at The Annas, set in 2097?


A Kid Like Billy takes place in Lebanon, Pa., but it might as well be some small town in Iowa or Texas, with Ed Gorman or Bill Crider watching us shed a tear as we read this poignant, tragic, heartfelt tale of senseless violence and a kind of understanding that allows justice to be handled with compassion.


Need a good laugh about now? Give Stark Raving a looksee. Two adult siblings fighting over the legacy of their recently deceased mother: five hundred Beanie Babies. This has a few twists to go with the nuttiness, but no real Beanie Babies were abused in the making of this story.


There are some tales of well-deserved revenge that brought out the worst in me as I laughed and almost cheered at the conclusions. 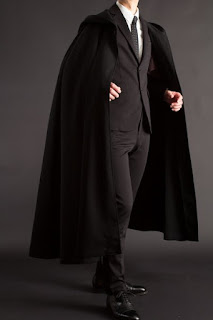 My favorite story though (I admit I had to pick this one at random because they’re all so damned good) is The Cape. It’s a spooky yarn with Gothic overtones and a plot arc that brings to mind great Russian writers of the Gogol/Turgenev ilk. It’s mysterious as hell to start with, based on a true story (which I confirmed on Wiki) about a forbidding man with aristocratic bearing who wants a humble tailor to make him a very unusual cloak. That’s all I shall say about it except...heh heh heh heh...


Twenty-five stories, and I’ve only scratched the surface. For interviews with Ms. Abbott and reviews by folks with vastly greater literary insight than I, click here.