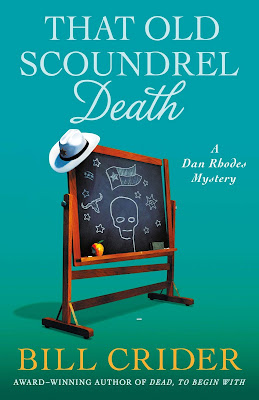 I prefer happy endings, which is why I approached That Old Scoundrel Death reluctantly. I knew it was the final Sheriff Dan Rhodes mystery because I knew the East Texas cop's creator, Bill Crider, had met that old scoundrel himself a little over a year ago and that it wasn't until a little over a month ago that the book came out. So I knew there'd be no further murders for Sheriff Rhodes to solve, nor aggravations from Hack and Lawton, his Abbott and Costello impressionist tormenters/dispatcher and jailer respectively. And goodbye to the rest of the familiar cast in this Lone Star’s answer to Mayberry R.F. D.
I knew the show would end with Crider’s end. What I was reluctant to find out was whether Sheriff Rhodes was himself going to end in this final episode, bringing a fictional closure to the character along with his series. There were plenty of signs. The title, for one. And the epigraph, a quote from Gen. Douglas MacArthur: I’ve looked that old scoundrel death in the eye many times but this time I think he has me on the ropes. We know Bill Crider knew he was on the ropes. And he gives us pregnant hints throughout this story that Sheriff Rhodes is right there with him. Does Crider let him off the hook at novel’s end, let him simply fade away as MacArthur had said about “old soldiers” never dying?
You know I can’t tell you. I had a hard enough time wondering as I read along in That Old Scoundrel Death, and I’ve no intention of making it easier, or harder, for you. Same as I wouldn’t dream of spoiling the mystery of Sheriff Rhodes’s last mystery. But I’m not averse to giving you some clues. A question Rhodes toys with throughout is whether he will seek another term as sheriff. He’s getting old and slowing down, altho in the opening scene he acquits himself honorably when he takes a pistol away from a loser with a snake tattooed around his neck.
Nor is the story all downbeat. It’s a typical Rhodes adventure, with the usual antics of Hack and Lawton, and Seepy Benton (reputed lovelorn college professor, computer expert and, now, novice private eye), and occasional sly observations like this one, with Rhodes describing a suspect whose only noticeable skill is imaginative lying: “Rhodes nodded, admiring Kenny’s ability at tale telling. If he’d gone into politics before he went bad, he’d probably be at least a state senator by now.” 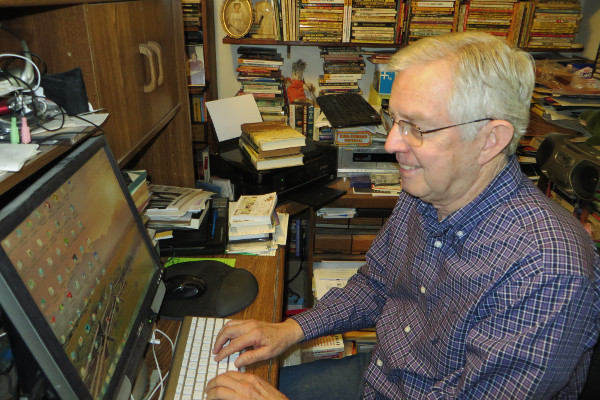 The grim roadsigns come sneaking in here and there, becoming more obvious in scenes with, Clyde Ballinger, Blacklin County’s undertaker/medical examiner:
“I want to think that my end will be handled the way I’d like it to be handled” Ballinger tells Rhodes. “It would be a comfort to me to know that. But not you?”
“I don’t think about it a lot,” Rhodes said. “Hardly at all, in fact.”
“Well, you ought to. I could set you up with a prepaid plan that would guarantee you just what you wanted at a discount price.”
“You’ve never given me a sales pitch before.”


In a conversation with a man who’s been beaten badly, along with with his dog, the man assures Rhodes that things are “going to be fine...it’ll all work out.” Rhodes tells us he thinks optimism is a good thing, so he answers the man, “I hope so.”
That’s what we friends of Bill Crider were saying in our blog messages when we knew Bill’s health was going downhill, and even after he told us he knew the end was near. Some of us prayed, and we all quietly hoped somehow things would work out and that he’d beat the cancer that had him cornered. I was thinking the same thoughts when Rhodes and Ruth, his deputy, were cornered in a woods by a couple of armed desperate killers, thinking, well, maybe this is it. At least he’s going down with his boots on, fighting to the end. Bill did, but maybe he’d leave some wiggle room for Dan. Maybe leave us with hope someone else could move into Blacklin County and keep the gang together, someone like Gravetapping’s Ben Boulden, whose Blaze western series has started a prairie fire of its own.
If so, maybe Bill’s successor could end the suspense Sheriff Rhodes left us with as whether the cotton balls on screen doors actually work. Here’s what we know about them: “A cotton ball was attached to the middle of the screen with a bobby pin. Rhodes hadn’t seen that for a long time, but for a while when he was growing up, just about every screen door had a cotton ball attached because people believed it would keep flies out of the house when the door was opened. They believed the cotton ball looked like a clutch of spiders’ eggs and would fool the flies. Rhodes didn’t know if it worked or not.” 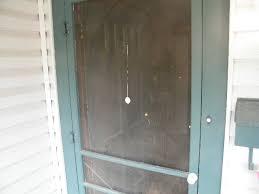 Thanks for leaving us hanging, Bill Crider. But I should talk, because I’m leaving hanging all who have yet to learn the fate of Sheriff Dan Rhodes in That Old Scoundrel Death.