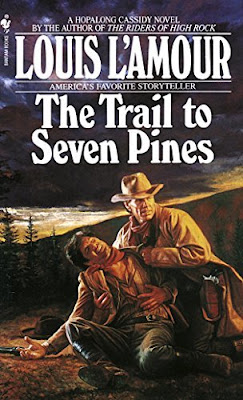 The late Louis L'Amour has my deep, belated gratitude for taking me back to one of my very first (and longest-lasting in my boyish imagination) superheroes, whose twenty (or-fifty?)-gallon, wide-brimmed black hat I covet yet today. And I owe gratitude, too, to one of my favorite blogs, Jerry's House of Everything, for spurring me to the Amazon Roundup where I found The Trail to Seven Pines and L'Amour's three other novels featuring the black-hatted superhero, novels I'd not known existed. I enjoyed the dickens out of Seven Pines, the first novel I’d read about my superhero since those old graphic novels (we called them “comics” in those days), coming close to slapping my butt and galloping on pee breaks to the toilet, galloping like my playmates and I did back in the day when Indians were still the bad guys in our movies and in our backyard re-enactments.
My imagination cantered poignantly savoring L'Amour's tale of the "cowboy" I wanted to be when I grew up: a gentleman knight in black denim with a faithful (brilliant, actually) snowy horse and a pair of nickel-plated, ivory-gripped, single-action Colt. 45 revolvers in black leather holsters draped just below the hips and tied to my thighs (to aid in the quick-draw shooting of guns out of bad guys' hands). And then...and then crushing disappointment delivered by L'Amour's son Beau in a note at novel's end mentioning a feud between L'Amour and his publisher over which Hopalong Cassidy to write about. Excuse me? Which Hopalong Cassidy? There are more than one? No! I am too damned old mature. My imagination has locked onto my Hopalong Cassidy. I will truck no other!
The Hoppy played by William Boyd in the movies and on TV had originated in the popular novels of Clarence Mulford, who retired in 1941. A decade later Mulford’s publisher, Doubleday, decided it wanted more Hoppy novels, but Mulford wasn’t interested, and passed the baton to L’Amour, who was writing pulp magazine westerns at the time. 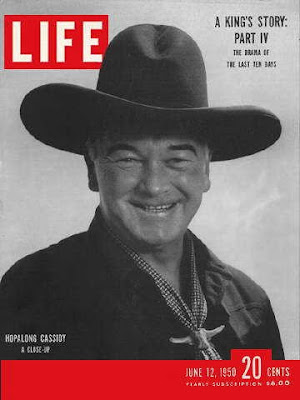 L’Amour wrote his four Hoppy novels under the nom de plume “Tex Burns,” picked by Doubleday, Beau L’Amour tells us, but under protest: “Dad wanted to use Mulford’s original Hoppy, a red-haired, hard-drinking, foulmouthed, and rather bellicose cowhand, instead of Doubleday’s preference for the slick, heroic approach that Boyd adopted for his films.” Lordy. Had Louis L’Amour’s desire prevailed I might very well have grown up with an ambition aiming somewhat beneath the slick, heroic, black-hatted, spur-jangling, straight-shooting (with either hand) defender of truth, justice, apple pie and American idealism that endured until I spouted my first grown-up obscenity, which led down the trail to a taste for coffee, then beer, tobacco (and other smokables), Early Times bourbon, and on to several DUI citations and higher insurance premiums.
L’Amour’s reverse disenchantment, Beau writes, led to his father’s refusal to admit “he had ever written those last four Hopalong stories. The elder L’Amour died in 1988, and the new editions came out four years later, “the first time that they have ever been published with his name on them.”

I haven’t read much of L’Amour’s work, the most recent was The Ferguson Rifle, over twenty years ago, as research for something I was writing at the time. I like his style—clear, no distracting literary embellishments, believable dialogue. His opening sentence in Seven Pines is a get-straight-to-the-point Hemingwayesque polished gem: “Hopalong Cassidy stopped his white gelding on the bald backbone of the ridge.” The second sentence adds a tad more description: “No soil covered the windswept sandstone, only a few gnarled cedars that seemed, as is their way, to draw nourishment from the very rock itself.”
Of course, this being a Hoppy story, the action kicks in mighty early. We’re clued to this with the chapter-one title: “Two Dead Men.” Indeed, riding in a sudden heavy rainstorm Hoppy and snowy Topper virtually trip over a body on the trail. Hoppy determines the victim, altho riddled with bullets, had been “given a chance” before being murdered. Seeking shelter from the rain they come across a wounded man, who’d also been shot. They gallop off to find a doctor, and by sheer coincidence meet a buckboard in which the sheriff, the doctor, and several others are riding. Hoppy leads them to the wounded man, who’s now dead. He’d been executed at close range with his own revolver. 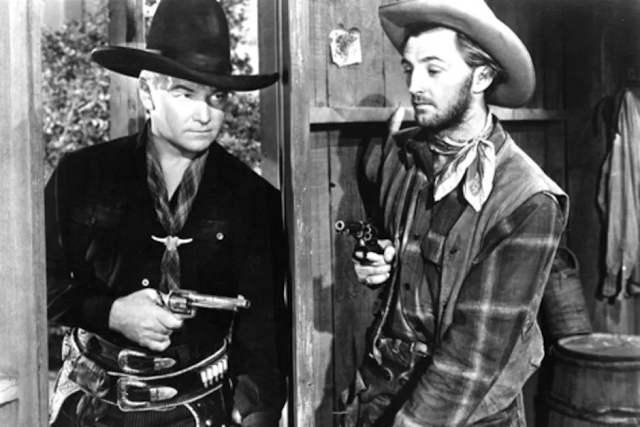 Before days end Hoppy is deeply enmeshed in a range feud between a good rancher, a bad one, and assorted free-lance rustlers. Our superhero signs on with the good rancher, and soon the feud bursts into all-out war. No need to guess at the outcome, but the little twists and surprises kept me guessing, and the narrative never faltered. This was my Hoppy, alright. Found myself tempted dearly to search Google for 20-50-gallon black cowpoke hats...and I still might. Still might give my butt a slap or three and gallop to the can next time I go for a pee. Old heroes die hard, you know. In fact, I don’t think Hoppy’ll ever die. Not that he worried about it, if we’re to believe this conversation he held with a fellow saddletramp as they prepare for heavy lead-slinging exchange with some really nasty humanoid varmints:
“Lock looked at the gunfighter curiously. ‘Hoppy, don’t you ever worry about cashin’ in? You don’t show it.’
“Hopalong shrugged. ‘I reckon not. When it comes it will come. I don’t think about this fate business. I just ride along, take no chances I don’t have to take, and what happens will happen.’”
Thanks, Jerry House! A million thanks, for pointing me back to the trail of my innocent—albeit misled and misunderstanding—wide-eyed yout’! 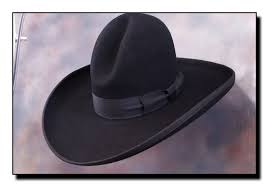