"There's a killer on the road, his brain is squirming like a toad..." The further I read in The Fever Tree the louder my inner ear fed me Morrison's dire chanting over The Doors' funereal chords. The toad in this instance squirmed inside the skull of Maj. Ronald Birkett, secret agent assigned by a shadowy Communist group to arrange the assassination of the newly enthroned King of Nepal. 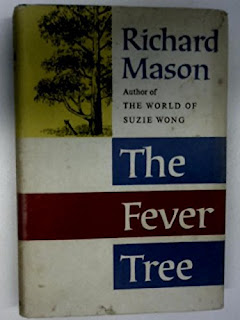 Birkett comes across initially as a caricature, a laughable cartoonish spoof of the James Bond/Matt Helm secret agent types that brought vicarious thrills to adolescent males of all ages and genders. "He abruptly switched away his gaze and found himself confronted by a lean sunburnt face with trim moustache," we learn early in the first chapter, "and the stare of two steely ice-blue eyes: his own reflection in the mirror behind the bar. He noted the spare erect shoulders, the disciplined bearing.


"Spare and trim, he thought. Forty-eight, but not an ounce of unwanted flesh, not a single capitulation to age."


Soon thereafter we have "spare and trim-waisted, self-sufficient, and serenely alone, the strongest and swiftest animal on the plain. The perfect animal-machine . . ." And finally, "He was on the job again. The cheetah was off on a new prowl."


At this point, still in the first chapter, It was my brain that was squirming, trying to decide whether I'd goofed in downloading this 1962 novel and maybe should delete it from my Kindle. But I was trying it on the recommendation of my blogging friend Neer, and so pushed ahead to give it a better chance. And my reward was a humdinger of a read! 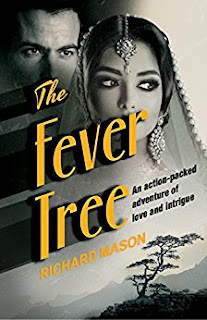 Back to the squirming toad, which makes its appearance early, as well—chapter two. Our cheetah, our "perfect animal-machine," hits a bump, literally, on its way to the nighttime rendezvous with another secret agent. The hairline crack from this bump gives us a peek at the man within the cheetah's skull: "'Another jackal,' he thought. 'Must have been somewhere down in that scrub. And my God, I jumped. There’s no getting out of it,' he thought. 'I jumped. That little beggar made me jump.'


"It had not been much of a jump, and most people under the circumstances would have jumped out of their skins—but most people were not in this game. And in this game you had no right to jump at all. You trained yourself against jumping—against all outward manifestations of surprise. And normally nothing could make him jump. Even if Beelzebub had appeared at his elbow in a sulphurous flash, he wouldn’t have batted an eyelid..." His mind squirms frantically, worrying, on and on as he heads toward the rendezvous, stablizing by the time he gets there by persuading himself he could rely on his "nerves of steel" when they were needed.


With that peek of squirming toad I gained enough respect for the author to keep me reading. Now I could see Birkett was likely something more human than a cartoon character with delusions of feline prowess. And my faith in Richard Mason and his character grew steadily with the novel's advancing complexity—or, more accurately, the complexity revealing itself in Birkett's head. His "nerves of steel" are constantly under siege as he moves closer to assassination day, pressured by conflicting feelings for the naive young Indian Embassy bureacrat he must persuade to kill the king and then himself, by conflicting feelings for Lakshmi, the beautiful young Indian he coldly seduces and reluctantly finds himself falling in love with, and by suspicion that a British Embassy official is in fact a secret agent who's onto the assassination plot.


Birkett feels his self-perceived steely nerves gradually giving way under these pressures despite Herculean efforts to remain stoic. We see two episodes of his ashram-trained yoga exercises. In the first, he spends the better part of a day seated on the floor in his hotel room, practicing until sheer concentration enabled unwilled movements of his arms to a painful position. In the second effort, desperate to regain the self-confidence he found himself losing as his feelings evolved, his concentration fails. He tries to call off his young assassin, whom he's come to think of as his son, telling him he'd found someone else to shoot the king. He confesses all to Lakshmi, trying to justify his outlook by explaining the cheetah comparison: “Once I came across a cheetah in Africa— sitting by itself under a fever tree on the Serengeti. Struck me it was a lone sort of chappie like me, that’s all.”


This outlook eventually breaks down completely after he accidentally hits a goat with his jeep and then, despite striking it repeatedly with a wrench, with Lakshmi watching, horrified, fails to put the screaming animal out of its misery. He remains stoic as they drive back to the hotel, where, alone in his room, he cries for two hours.


"Once Lakshmi came in, and he did not even mind that she should see him lying there sobbing like a child.


"She asked if there was anything she could do. But he shook his head, and she went away.


"Later the sobs began to subside. At last they stopped altogether. He lay still on the damp rumpled bed. He was drained of all thought and feeling.


"Presently he got up and went over to the dressing-table. He stared in the mirror, at the bedraggled unfamiliar figure with the rumpled trousers and rucked-up vest, the blotched tear stained face, the moustache with damp crushed bristles like an old disreputable toothbrush. He had never seen a sadder bit of human wreckage.


"'Well, there you are,' he thought. 'There’s the cheetah for you. Spare and trim and dedicated— the perfect animal-machine. The King of the Plain. Well, that’s the end of that little game. No more playing at cheetahs. No more fever trees. My fever’s over. My temperature’s down.' His head was clear now and he saw quite plainly what he must do."


By now he knows the English agent is on his tail and means to turn him over to local authorities, who would mete out the death penalty. Birkett and Lakshmi decide to flee Nepal, hoping to make it to Tibet, and eventually to China. Crossing the Himalayas Birkett is stabbed by a border guard, forcing the couple to continue on foot. Feeling he is nearing death, Birkett reflects on his conversion from a cold, lethal "lone ranger" to a man ready to die in peace. He'd at last learned to live.


"For forty-eight years he had not lived, but had been a prisoner chained in darkness behind locked doors. And then he had met Lakshmi and she had touched some springs in him that had caused the doors to fly open one after another, letting in sunlight and fresh air. And he had begun to live— to experience for the first time the sheer joy of being alive.


"He would have bitterly regretted dying before this had happened. But now it had happened, and he could die with a sense of fulfilment. He could accept death with equanimity because he had learnt the value of life."


He persuades Lakshmi to head back to the border post to save herself. Now alone, he befriends a bird that's pecking futilely on the frozen ground for something to eat. Nearly frozen himself he's unable to move to keep the bird from eating the suicide capsule he had tossed away rather than take his own life. He watches "birdie boy" swallow the pill, convulse and die. The former cold-blooded Communist killer feels anguish. He recognizes the irony: "He had come to Nepal to take the life of a king, and now his heart was breaking because he had accidentally taken the life of a bird."


The Fever Tree was Mason's final novel, which followed his best known, The World of Suzie Wong.