When Walker Percy's sixth and final novel came out in 1987 it ran into some serious critical flak. I recall being surprised that anything by an author whose work had completely won my admiration, and, it had seemed to me, was admired universally, would be derided so severely. "Clumsy plot," said Michiko Kakutani of The Thanatos Syndrome. She was just warming up. The New York Times's notorious hatchet woman went on to pan the plot as “a succession of ill-connected and all too obvious scenes.” The novel, she said, lacked Percy’s earlier “fierceness of language and imagination. It stands, in the end, as one of the weakest efforts of one of our most talented and original authors.”

Kakutani’s chagrin, and that of other, less prominent critics, had no effect on me. I bought Thanatos, read it, and loved it. I’ve just read it again, and now I know why Percy’s usual literati champions dumped on this one. It has a plot! It has danger and suspense! It’s—gasp--a thriller! It also has one of the most gut-busting, thigh-slapping, laugh-out-loud scenes I have ever read. So funny I can easily imagine self-consciously literary snobs who either missed or ignored the reviews spilling their Chablis after blundering aghast into the X-rated Saturday Night Live-caliber climax that wraps up the central story. True, I didn’t need the anti-climatic, extended epilogue scenes, i.e. what happened to the characters afterward yadda yadda. But I was still laughing as I read them, so no harm done. 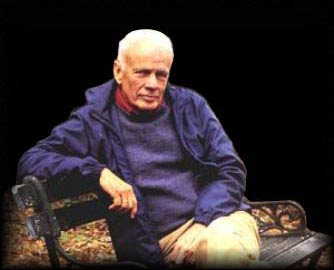 Though Thanatos sequels Love in the Ruins, Percy’s third novel, it comes sixteen years and two novels after Ruins. It is uncertain how much time has elapsed between the narratives, but Thanatos picks up with protagonist Tom More just released on parole after spending two years in a federal prison for selling drugs illegally to long-distance truck drivers. His parole is a mere formality, loosely monitored by two former psychiatrist colleagues who allow him to return to his practice. Strange behavior by two of his patients and others, including his wife, soon nudge him to team up with his kissing cousin, Lucy, an epidemiologist, to investigate. Their digging uncovers a secret rogue project to test a powerful psychoactive chemical on unsuspecting civilians. Running the unauthorized government-funded project is one of More’s parole-monitoring colleagues, Bob Comeaux, who threatens to revoke More’s parole and send him back to prison unless he backs off. Comeaux tries to persuade More that the chemical, called heavy sodium, has already proven in the “pilot project” it can greatly reduce crime, anxiety, depression, and other social anomalies by “cooling” the superego and boosting the ego by increasing endorphin production. 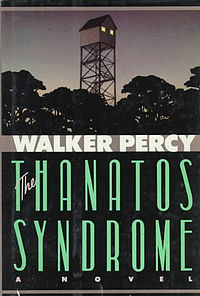 “No drugs,” says Comeaux, “except our own—we’re talking natural highs. Energies are freed up instead of being inhibited!”
He tells More heavy sodium treatments of the L.S.U. football team has turned the players into supermen. The team, he says, “has not had a point scored against them, and get this, old Tom, has not given up a single first down this season.” Also, he adds, L.S.U. engineering students no longer need calculators, because with the sodium treatments, “they’ve got their own built-in calculators.”
More responds noncommittally as Comeaux unrolls his exhaustive sales pitch hailing heavy sodium as the cure for a better, brighter, healthier society. When he’s finished, he asks More if he has any questions. More then abruptly changes course with a blunt question about the euthanasia practices of a facility Comeaux runs: “Are you still disposing of infants and old people in your Qualitarian Centers?”
“Unfair,” Comeaux squawks, and this might be one of the “clumsy” narrative maneuvers Michiko Kakutani had in mind in her downbeat review. Nor can I disagree. More’s question seems to come out of the blue, with no immediate relevance to the heavy sodium project. Yet it fits a fundamental theme in all of Percy’s work, that the spiritual malaise poisoning society cannot be treated as a societal problem, that ideological solutions, such as Nazism and Communism, have proven too dangerous, and that it’s up to individuals to find their own salvation.
The oracle Percy uses to convey this message in Thanatos is Father Simon Rinaldo Smith, a former parish priest who refuses to come down from a fire tower after losing to Comeaux the hospice he’d been running. Father Smith delivers the shocking conclusion Percy has voiced consistently in his work that “tenderness is the first disguise of the murderer.” 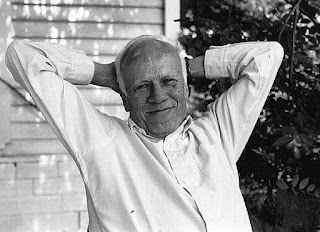 He explains: “If you are a lover of Mankind in the abstract like Walt Whitman, who wished the best for Mankind, you will probably do no harm and might even write good poetry and give pleasure…
“If you are a theorist of Mankind like Rousseau or Skinner, who believes he understands man’s brain and in the solitariness of his study or laboratory writes books on the subject, you are also probably harmless and might even contribute to human knowledge…
“But if you put the two together, a lover of Mankind and a theorist of Mankind, what you’ve got now is Robespierre or Stalin or Hitler and the Terror, and millions dead for the good of Mankind.”
Odd for one who professed faith in Catholicism as the only reasonable cure for what ails us, Percy conveniently omits the Inquisition from Father Smith’s warning. Also curious is Percy’s mistrust of emotion, including the shedding of tears. If something cannot meet the test of scientific reasoning—except, of course, for the audacious leap of faith to believe in the Catholic god—then, he seems to say, it is too soft to trust, either discounting or overlooking the significance of the Bible’s shortest sentence: “Jesus wept.”
Tom More’s own outlook has changed much in the years between the two novels. In Ruins, a fairly broad social satire, he starts out leaning toward the social engineering side of things, having invented a device that could diagnose spiritual ills by measuring certain areas of the brain. His eye is on winning a Nobel Prize if he can include a treatment feature, as well. Along comes a mysterious character, obviously representing Satan, who does just that, modifying More’s device. But the “treatment” has the same effect as Bob Comeaux’s heavy sodium, reducing people to their baser instincts, resulting, of course, in hellish catastrophe.
By now More has given up on his Nobel quest. He’s content to treat his patients the old-fashioned, sessions-on-the-couch way. Prison, he says, was good for him:
“Prison works wonders for vanity in general and for the secret sardonic derisiveness of doctors in particular. All doctors should spend two years in prison. They’d treat their patients better, as fellow flawed humans. In a word, prison restored my humanity if not my faith. I still don’t know what to make of God, don’t give Him, Her, It a second thought, but I make a good deal of people, give them considerable thought. Not because I’m more virtuous, but because I’m more curious. I listen to them carefully, amazed at the trouble they get into and how few quit. People are braver than one might expect.”