I’m thinking now I should have re-read Walker Percy’s six novels in the order they appeared, and I’m trying to understand why I chose to do it randomly. It’s just occurred to me I might have started the re-reads the way I started the first-reads---at least at first. The Moviegoer appeared first, and I read it first and have no recollection what drew me to it. I’ve since read it twice more, most recently three years ago before I decided to read the other five again, as well. I recall that years after reading Moviegoer a reporter colleague at the newspaper that employed us recommended either The Last Gentleman or The Second Coming, and I read the one she suggested, which hooked me so thoroughly I then read the others on my own, as well as articles and interviews and Percy’s nonfiction books. 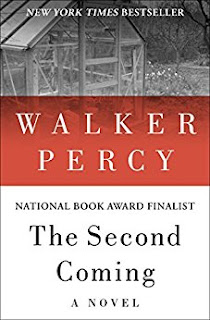 This time around my Percy reading hopped to and fro until I came to the two my colleague recommended decades ago. I chose The Second Coming because at this point I remembered enough of it to know it was my favorite of them all, despite the fact it’s the sequel to The Last Gentleman, which I intend to read next, and finally, one more time, The Moviegoer.
There. That said (I hate that expression), I remembered liking Coming best because of the protagonist’s quirky romance with a young woman he discovers while hunting an errant golf ball in a woods near his home and abutting the golf course. I almost wrote “literally stumbles upon” because he’d been falling down of late, and possibly had fallen again in the woods moments before he finds her living in an abandoned greenhouse there. I don’t remember all of the falling down episodes other than that most of them occur on or near the golf course. He’s approaching middle age and experiencing the existential (psychological and philosophical) torments characteristic of Percy’s male characters, and the young woman has escaped from a mental hospital.
The Second Coming was described in a Christian Science Monitor review as “a comedy shot through with serious observations.” That’s a fine description, which I could have paraphrased without crediting its author, Elizabeth Muther, but I wanted an excuse to link you to her review, which is better than anything I might write here. (It’s not that I’m humble, just...well, I think it’s dumb to try to reinvent wheels that have been around thirty-seven years by people who invent such things for a living. So I won’t do a plot synopsis or a philosophical analysis of Coming or rave about Percy’s cleverly satiric approach to his favorite theme: the search for meaning in a social culture that stifles individual awakening in a hothouse atmosphere of stale routine and expectations, other than to note that his caricatures of moneyed Southern archetypes are either dead-on or seem so because he’s such a damned good writer and the only vivid exposure I’ve had to moneyed Southern archetypes is from his damned good writing—even though I’ve lived in Virginia for nearly half a century.)
That said (Jesus, I hate that expression!), what drew me to Coming this time was the recollection of the romance between the falling-miserable-moneyed-slowly-going-nuts protagonist (with whom I identified—as always) and the nubile-amnesiac-slowly-exhibiting-sanity greenhouse dweller who hits it off with him (me). I’m discovering more and more that my long-held notion of being an encrusted, oh-yeah cynical newsman was something of a sham and am trying to hang onto at least some of that protective illusion by resisting my subliminal, puerile romantic inclinations inch by hard-fought inch, yet I enthusiastically gave myself a mulligan on this one, because, well, it’s Percy, what the hell. (And the girl “smells good.”) 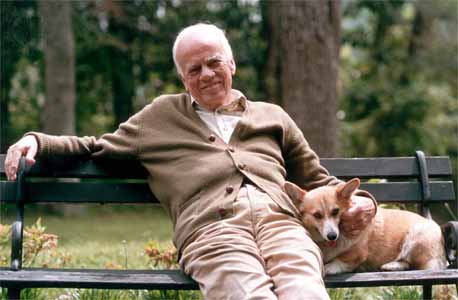 I always give you, my faithful readers, a quote or two to both stretch out these reports a tad to make room for the illustrations, as well as to give you a taste of the author’s style. Writers are always told to “show, don’t tell,” so instead of telling you, as do most of the professionals, about an author’s craftsmanship, wit, grace, what have you, here’s a typical sampling. It not only covers all of the bases mentioned in the above sentence, it addresses an aspect of Percy’s work that invariably appears in critiques of his work, i.e. his Roman Catholicism, to which he converted and defended eloquently ever since. He keeps it sly and indirect in his fiction, and is not afraid to poke a little fun at the religious. Here’s what I mean:
“IT WAS A FINE SUNDAY morning. The foursome teed off early and finished before noon. He drove through town on Church Street. Churchgoers were emerging from the eleven-o’clock service. As they stood blinking and smiling in the brilliant sunlight, they seemed without exception well-dressed and prosperous, healthy and happy. He passed the following churches, some on the left, some on the right: the Christian Church, Church of Christ, Church of God, Church of God in Christ, Church of Christ in God, Assembly of God, Bethel Baptist Church, Independent Presbyterian Church, United Methodist Church, and Immaculate Heart of Mary Roman Catholic Church.
“Two signs pointing down into the hollow read: African Methodist Episcopal Church, 4 blocks; Starlight Baptist Church, 8 blocks.
“One sign pointing up to a pine grove on the ridge read: St. John o’ the Woods Episcopal Church, 6 blocks.
“He lived in the most Christian nation in the world, the U.S.A., in the most Christian part of that nation, the South, in the most Christian state in the South, North Carolina.”
The title? Oh, that. Percy and I (via his protagonist, Will Barrett) have a little fun with the biblical notion of End Times. Nothing serious...I think.