THE BEST OF MURRAY LEINSTER – edited by J.J. Pierce

The irony seems too salient still, me backing away from an obvious science fiction situation and bumping into Murray Leinster, known widely at one time as the Dean of Science Fiction. But, with a touch of Leinster license here and there, that is precisely what happened.


The sequence began about a week before the laptop screen went black. I'd undoubtedly annoyed the Collective Cyber Consciousness (as Leinster would have called it) by doing something so stupid to my primary laptop it forced me back to my backup laptop while the primary was in the shop getting a new power board. It was the backup that went black. Clearly a CCC reminder for me to try harder not to do stupid things to a member of the cyber community. (I've just now noticed a recurrence thus far in this report of the letter sequence a-c-k. In the interest of full disclosure, I have no idea what it means. Back to the report:)


The second shoe dropping in the reminder sequence occurred at my usual spot in the Virginia Room of our public library. Unbeknownst to me my chair was less than a three-step roll from the shelf that holds the library's donated row of Murray Leinster paperbacks. Instead of rolling, however, after it became apparent my laptop's screen was black for good, I stood, stretched and began searching for something to read. The row of Leinster paperbacks immediately caught my eye. I knew immediately why they were there. Not long after I'd moved to Gloucester County, Va. (1978) I read a piece in the local bi-monthly paper that Leinster (whom I'd not heard of and who was known locally by his real name, William Fitzgerald Jenkins) had some connection to Gloucester. In addition, he sounded like an interesting guy.


I confess to not having been a fan of science fiction over the years. I'd read a few novels and stories and enjoyed them. Found them fascinating, in fact. Yet, for some reason beyond my grasp the genre itself eluded my interest. This exposed me to the eventual embarrassment in a writing group of being caught using the abbreviation sci-fi, which immediately alerted cognoscenti, provoking metaphorical raised eyebrows and sidelong glances. A friend patiently explained that the ignominy of this appellation sprouted from ignorant movie critics' references to superficial treatments of the literary form, and that sf is acceptable but more so as an abbreviation for speculative than science fiction. Already an initiate when I spotted the row of books behind my chair and plucked for perusal The Best of Murray Leinster, I was pleased to see John J. Pierce using sf in his introduction to the anthology, which he had edited. This lent, I now knew, a particular authority to his stewardship. 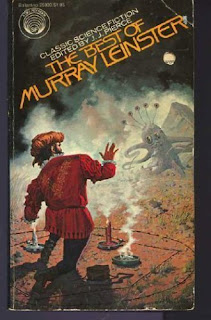 I stood in front of the bookshelf reading Pierce's introduction, slowly becoming aware of the true reason the Collective Cyber Consciousness was messing with me. He (she?) was giving me an undeniably special introduction at long last to the Dean--alas too late for an earthly meeting, as Leinster died in 1975. I turned, entranced, and, book in hand, initiated the first of the three steps back to my table to start reading what Pierce assured me were Leinster's groundbreaking stories. As I lifted my foot to begin the second step I sensed the presence of a tall, elegant, honey-blond in the open doorway. I tore my attention from the paperback, looked up and smiled. She was smiling too, but not at me.


“That's Granddad's book!” The honey-hued voice, with its three-word message, brought everything together as neatly as an sf-inspired cosmic convergence.


Murray Leinster's granddaughter was on her way to a meeting and hadn't the time to chat, but I learned in that brief celestial moment his grave was a scant five minutes down the road. My first impulse was to drive there at once. I squelched the urge. I needed to read a little Leinster before venturing to the churchyard. This I did. 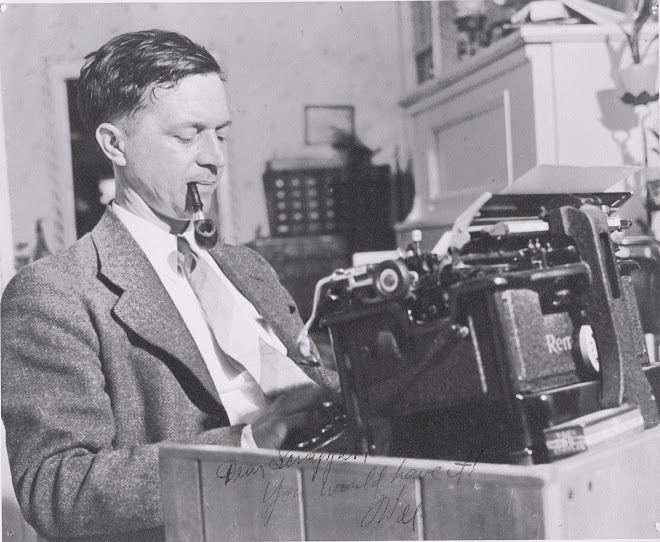 A couple of days later found me standing before the modest headstone marking the resting place of William F. Jenkins and his wife Mary. It was sunny and a tad too warm, but a cooling breeze played through the leafy oaks and tulip poplars where singing birds entertained one another and all who cared to hear them. The birds and the trees and the frisky breeze seemed in concert to summon a spirit of wary innocence and brave hope, the very sense that inhabits an imagined meeting in deep space of the advance scouting teams of two mutually alien civilizations. Their ships stop, facing each other, near enough that a push of a button by either could destroy the opposing ship. Their crews figure out a way to communicate their intentions. Both claim they want the inadvertent meeting to end peacefully, while recognizing the inherent danger in trust. Each just might have in mind to follow the other back to its home planet, perhaps to destroy its inhabitants. There's really no way to know. The classic stalemate.


As I gazed at the grave of the man who solved this dilemma in 1945, fifty-one years before the story in which he solved it—First Contact—finally won a Hugo Award (one of the most coveted honors society can bestow upon a writer) I felt a tremor ripple through my nervous system. A chill, it seemed at first. But no, I don't think it was that. No mere chill. Something more. 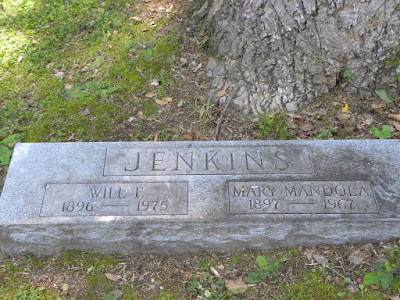