What Became of the Princes in the Tower?

It is doubtful professional cold case investigators, no matter what evidence they might find, could ever solve irrefutably a probable murder more than half a millennium ago. Absolutely nothing—not even an indisputably authenticated confession by his successor on the throne--would be enough to absolve Richard III, King of England, from the accepted popular assumption he arranged the murder of his two nephews in the Tower of London. 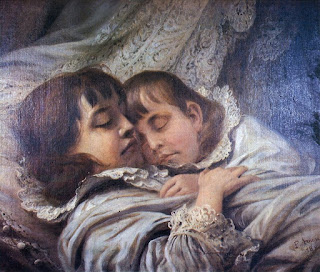 This was foretold sadly by Scotland Yard's Alan Grant in 1951 after his exhaustive probe into historical records pointed the accusing finger instead at Henry VII. Grant is a fictional character, but this matters not in the least. The evidence he and his fictional assistants dug up were found in nonfictional records by his creator, Scottish playwright/novelist Elizabeth MacIntosh, while researching a play set in that period. Under the nom de plume Josephine Tey she devoted the fifth in her series of Inspector Grant mysteries to perhaps England's oldest and most controversial real murder mysteries, known down the ages as The Princes in the Tower.


Tey's novel, The Daughter of Time, was published to stellar acclaim. Renowned mystery/scifi editor/author Anthony Boucher pronounced it "one of the permanent classics in the detective field...one of the best, not of the year, but of all time." Its reputation has held up over the years. In 1990 the UK Crime Writers' Association voted it number one on its list of The Top Crime Novels of All Time. Peter Hitchens in 2012 called it "one of the most important books ever written." 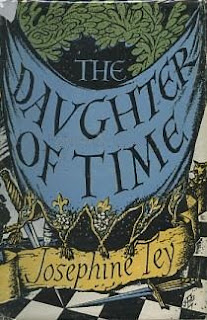 It did have detractors. Seven years after its publication, without naming The Daughter of Time but likely referring to it, Winston Churchill wrote in his History of the English-Speaking Peoples that his belief in Richard's guilt was not shaken. "It will take many ingenious books to raise the issue to the dignity of a historical controversy," Churchill contended.
One such book besides Tey's novel predates Churchill's by nearly half a century. Clements R. Markham published Richard III: His Life and Character in 1906, making many of the same arguments for Richard's innocence.
Immobilized with a broken leg in a hospital bed and aided by friends and a volunteer graduate student, the fictional Inspector Grant persuades himself not only that Richard did not have his nephews slain but that the boys might not have been murdered at all. And if they were, their deaths should be on the head of Henry VII. Yet, the clearer the picture becomes for him the more he realizes his findings would come to naught in changing the public view. His assistant agrees.
“Everyone has known all about those things all along,” the student bewails.
“Known? About what?”
“About Richard not having killed the boys at all, and all that.”
“They've known? Since when?”
“Oh hundreds and hundreds of years...as soon as the Tudors were gone and it was safe to talk...a man Buck wrote a vindication in the seventeenth century. And Horace Walpole in the eighteenth. And someone called Markham in the nineteenth [sic]...”
Grant's cousin, with whom he'd shared his frustrations, offers this:
It's an odd thing but when you tell someone the true facts of a mythical tale they are indignant not with the teller but with you. They don't want to have their ideas upset. It rouses some vague uneasiness in them, I think, and they resent it. So they reject it and refuse to think about it. If they were indifferent it would be natural and understandable. But it is much stronger than that, much more positive. They are annoyed.
Grant blames historians for embedding what he considers a grievous falsehood on the public mind. Frequently influenced by personal bias and relying too easily on hearsay, historians are not to be trusted. A truer picture of events could be found only from hard evidence—primary documents in this instance--combined with deductive reasoning, patterns of behavior, motive. The methods police use, intended to hold up in a court of law.
Then there's the extra-judicial method police employ, the one they may admit among themselves but to few outsiders. Grant acknowledges this method to us: Intuition. Studying a portrait of Richard III with his police-experienced eye, he sees a man most likely incapable of committing so egregious a murder. Grant enlists others for their opinions—his nurses, his doctor, an actress friend, his sergeant friend at Scotland Yard, the graduate student. Each sees a different feature in Richard, ranging from judicious and responsible to stressed, sorrowful and even ill. But to none does the king's face seem that of a villain.

Comes now the investigation to you, dear reader. Study the two portraits if you will. One depicts Richard III, the other Henry VII. They are not labeled. Look closely at the faces. The eyes, especially, set of the mouth. Reach your own intuitive conclusion. Which looks to you capable of ordering the deaths of two helpless boys? 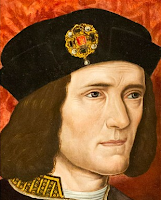 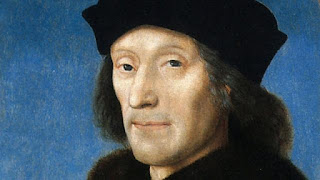 You can identify the portraits afterward in a simple online search of each king.