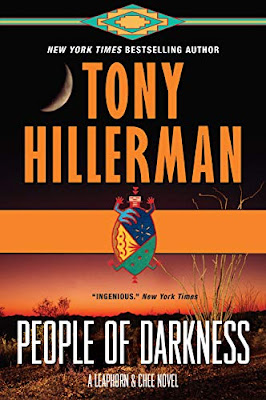 Of even more interest to me than the Navajo origin myths, which comprise the heart and soul of Tony Hillerman’s Navajo Tribal Police mystery series, are the stories of how he created its two main characters: Lt. Joe Leaphorn and Officer Jim Chee. For the myths, Hillerman’s research included heavy reading and personal immersion into the Navajo culture, interviewing tribal elders and attending sacred ceremonies. My research was much easier. I simply read the author’s tell-all memoir, Seldom Disappointed. Last Friday’s report was on the series debut, The Blessing Way which Leaphorn entered as an afterthought. Four books later, Chee made his entrance, reducing Leaphorn to just a name (albeit with a one-book promotion to captain) in People of Darkness.


Hillerman had intended to use Navajos only as minor characters. Relying on his long experience as a news writer, his primary emphasis would be on setting. “If the actors and the story line were weak, maybe I could make the stage scenery so interesting it would carry the book.” The lead character in Blessing is an anthropology professor studying Navajo culture. When the professor needs information from a Navajo friend, Hillerman gives him Joe Leaphorn, a tribal policeman. At this point, the author realized he needed to know more about the Navajo people in order to give Leaphorn credibility. “Making him seem genuine forced me to admit I didn’t know nearly as much as I should about the Dineh.


“I talked to Navajo friends, discovered I didn’t even know enough to ask intelligent questions, and began endless hours of reading. Reading everything: various versions of the creation myth, of curing ceremonials, of witchcraft beliefs, clan structures, sand painting, social life, sexual beliefs, taboos, puberty ceremonials, place names, hogan building, etc. I read Ph.D. dissertations, proceedings of dignified and scholarly societies, collected papers of the Peabody Museum, the autobiography of Son of Old Man Hat, the accounts of River Junction Charley, and on and on and on. Now I was ready to interrogate Navajos. And the Navajos I asked were ready to recognize that I was motivated by something more than idle curiosity.”


The professor remains the central character, but Leaphorn’s is a strong supporting role—so strong he’s promoted from officer to lieutenant and takes the lead in the next two novels. And in the process he teaches Hillerman a costly lesson. Excited by a film company’s interest in the second book, Dance Hall of the Dead, he signed a contract giving the producer TV rights to the Leaphorn character. The movie was never made, but Hillerman’s star was now “held hostage.” Years later, when Robert Redford approached him about making movies of three novels, Hillerman had to pay to break the contract. He confesses in Seldom Disappointed, “Ransoming this figment of my imagination cost me twenty thousand dollars and earned me a place in Guinness Book of Records if it ever lists classic stupidities.” 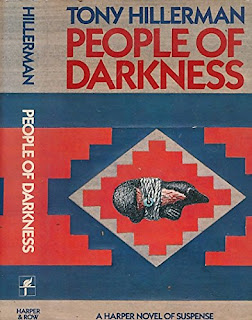 Chee already had joined the People of Darkness cast by the time Redford came along. Hillerman created him, partly for artistic reasons, he said, “but also because my fondness for Joe Leaphorn was undermined by the knowledge that I only owned part of him, having signed away TV rights.” Perhaps Leaphorn’s one-book promotion to captain was an unconscious gratuity for being shunted aside—Hillerman never mentioned it--but he did admit to the occasional error: “Alas, my books tend to be noted for glitches, where I have characters drive south when I meant north, for example, or change the name of characters in the middle of a chapter, etc.” Going with “glitch” as the more comfortable explanation, Leaphorn is back on stage in the next episode, The Dark Wind, where he remains thereafter with his proper rank, co-starring as Chee’s superior up to and beyond active duty into venerable retirement where he becomes, as Chee likes to needle him, “The Legendary Lt. Leaphorn.”


But it’s all Chee in People of Darkness. We meet him as a sergeant, which I had forgotten from my first reading of the series nearly four decades ago. As I recall, and as my recollection was refreshed this time, rank doesn’t come into play much with Chee—even when he did a stint as “acting lieutenant” in a later novel. Besides introducing Chee in People, Hillerman brought in another new character, but just for this outing. Its unusually complicated plot, which “proved terribly tough to keep...from being as boring to read as it was to write,” prompted him to try something “the bona fide masters of suspense were doing. First I had to have a professional hit man— a species I have never believed in.” To add authenticity to this character Hillerman drew on a death-row interview he’d conducted as a journalist. Far as I’m concerned his fictional killer is as authentic as anyone I would ever wish to encounter in the real. This addition to the “boring” plot that has Chee methodically trying to find survivors of a long-ago oil-well explosion, along with a perky young, blue-eyed single schoolteacher who joins Chee on the search, ramps the story up to a suspense level well worthy of those “bona fide masters” whose success had inspired him.

With the ingenuity of a magpie building its nest, Hillerman made use of odd idea scraps he picked up along the way, such as his detailed description of the three WWII medals—a Purple Heart, the Bronze Star, and the Silver Star—found in the mysterious “keepsakes” box of a character. Hillerman had received all three himself in that war.


His research for People led to a joint venture with his “big brother,” Barney, a geologist who specialized in analyzing core samples at oil-drilling sites. On a visit to a site in Texas, where Hillerman kept an eye out for plot ideas, the two cooked up the idea that led to the successful photo book they called Hillerman Country. Barney had been thinking of leaving his nomadic life chasing oil wells and turning his photography hobby into a career. Their mother’s health had begun failing, and Barney, still a bachelor, decided to build a house to share with her. Some years later, with Barney now married and with three adopted children, the two brothers decided to tackle the project they’d talked about, to try to capture in words and pictures the Four Corners country that provides the distinctive background for Hillerman’s Navajo Tribal Police novels.


In one of the several boxes of books and sentimental keepsakes I have yet to unpack from a couple of moves ago, rests my strikingly beautiful, coffee-table-size, clothbound copy of Hillerman Country, which, thoroughly hooked on the mystery series by then, I’d bought when it came out in 1991. Hillerman adds a characteristically self-deflating note to the story, this one with a sad twist. 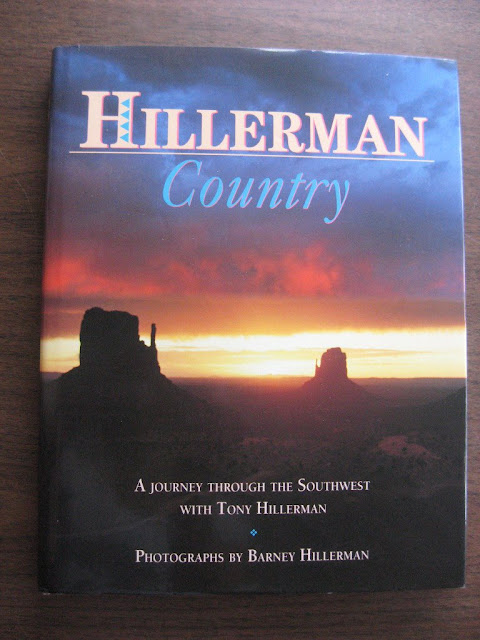 “The experience taught me that, published author or not, one’s role as Little Brother lasts as long as life,” he confessed in Seldom Disappointed. “Before [Barney] had a chance to notice that the reviewers were more impressed with his landscapes than with my text, he had a sudden and fatal heart attack while shooting another assignment.”