“I loved this movie from the start when I spilled my nachos and cheese all over my pants to the part where the guy behind me broke his whiskey bottle on the floor when he fell asleep...” 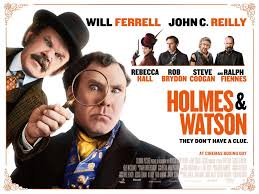 I thought the above might be the only positive review I’d been able to find, anywhere, of Holmes & Watson, last year’s critical/popular bomb with Will Ferrell and John C. Reilly doing the Conan Doyle duo, which I watched three times in as many days last week, laughing all the harder with each viewing. I peed my pants a little during one vocal eruption, but this was due in part to prostate hysteria, an engrossing topic in and of itself, but for another time.


Inasmuch as Holmes & Watson is the only movie I believe I’ve ever watched so many times in such close proximity—except possibly The Big Lebowski—I went online to see if the critics were as enchanted as I. They were not. The professional “experts” were virtually unanimous in their disgust: “So painfully unfunny we're not sure it can legally be called a comedy,” bawled David Fear in Rolling Stone. Common Sense Media pronounced it a “shockingly misguided assault of repetitive bad slapstick and sexual innuendo,” while Sandy Schaefer of Screen Rant, (no doubt predictably) slammed it as “a lazy comedy that wastes a fun premise and talented cast on tired jokes, tasteless gags, and sometimes bafflingly outdated humor.” 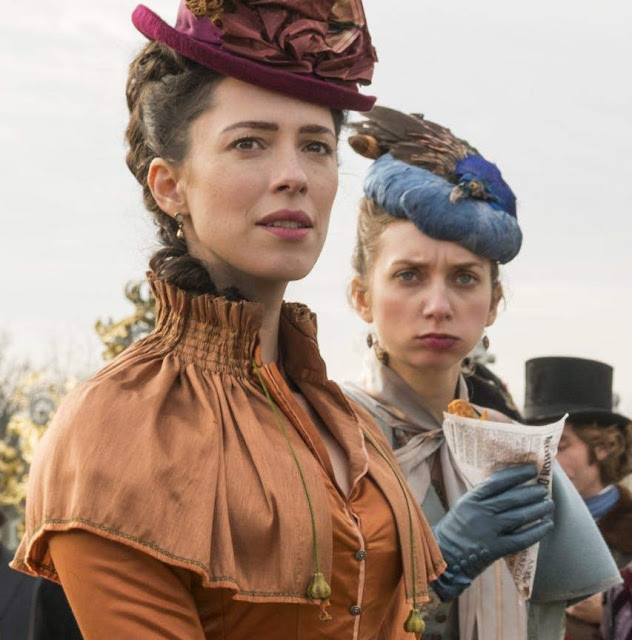 It was after scanning these and other critics’ takes on Holmes & Watson that I went to Google’s audience reviews section, where I perked up a tad seeing the nachos/cheese affirmation posted by “alexander greene.” Reading a little further, unfortunately, I soon recognized the clotted sarcasm dripping from his smartphone’s miniature keyboard. I scrolled down and scanned several more of the 1,361 posted amateur reactions, none of which proffered enough insight to stem the rush of abnegation swarming my aesthetic equilibrium.


I was floundering. This was the “two” of the “one-two” punch combination boxers try to deliver rather than receive. The “one” had come a couple of months ago as a light jab to the heart by a social media “friend” peremptorily advising me she wanted no “idiot bullshit” posted in her domain. My response was sensitive and insouciant in that I withheld defensive inquiry while assuring her all idiot bullshit I posted would be restricted to my domain. I took heart from what I deemed my gentlemanly response, yet felt the sting that any friend, even a virtual one, would regard me so suspiciously. Her admonition continued to fester, like a stubborn bruise refusing to heal, as a questioning reminder that maybe, just maybe, my notions of humor could use a little update of wokeness, or at least a brushing of mindful scrutiny.


Now this. The funniest movie I’ve seen since Spike Jones’s Fireman, Save My Child, and I’m the only one saluting it with full-throttle eruptions of howling, honest, primal appreciation. The most I could find in the more prominent reviews was the admission of an occasional “chuckle.” That was all. Not one inadvertent chortle escaped into print, not to mention the utter absence of so much as a single gut-hurled guffaw. Now, ordinarily something apparently so nearly unanimous would oblige one to assume the problem was with the minority response, the lone horse’s ass (played by Al Pacino) disgorging thunderous overtures of inappropriate emotion during, say, the delivery of an encyclical to the College of Cardinals. It would seem my sense of humor was so out of whack with the rest of Western society's as to strand me in aesthetic outer space. It would, wouldn’t it? I mean, seem this way? And if it does, theoretically, would it not then be prudent to accept such an appearance as an a priori-case-closed-move-along-nothing-to-see-here-ignore-the-poor-howling-idiot-don’t-let-him-get-any-spit-on-you-hurry-kids-we’ll-be-late-for-My-Dinner-With-Andre aberration? Wouldn’t it? Take a moment... 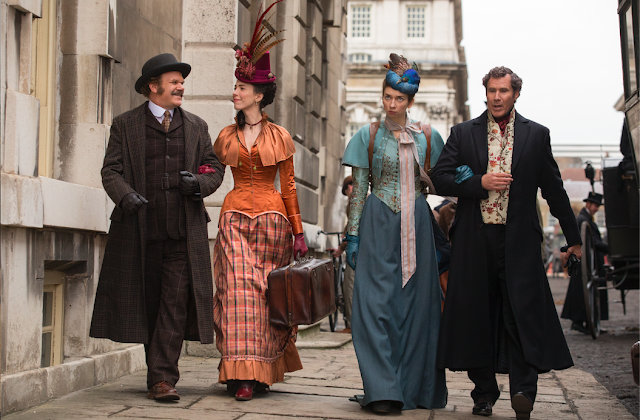 I move now from the arguable conditional to the stark condition of real, where the congenital imperative to defend family dignity prohibits any reasonable alternative to this disparity of emotional response to Holmes & Watson being NOT MY FAULT!! I assert this with maximum emphasis, which, of course, obligates me to delve boldly if a tad recklessly into socially questionable conspiracy theorizing. You’ve been waiting for this, I know, but I’ll keep it brief, as my qualifications are perhaps shockingly thin.


I am not noticeably current with comedies--feature or TV. For example, I saw only a few minutes of Talladega Nights years ago when the boys were watching it at home. I hadn’t heard of Game Night until just now, researching for this diatribe. I no longer own a TV. My ex-wife was in the movie business before I met her, and our daughter is in it now. Yet, I am ill-at-ease with the word “cinematography,” and have no intention of Googling it in order to contribute a smidgeon or two of credibility to this inquiry despite the word being de rigueur for film critics (I do know “film” is the preferred critical term, not—cough--“movies”). I also know we are a herd species that hates to admit this reality, opting for the more comfortable “tribal” when pressed. And I know Sony did not hold the routine special pre-release screening of Holmes & Watson for the critics, which undoubtedly pissed them off enuf to secretly agree to SINK THAT GODDAM FLICK!!! at first by ignoring its release and then panning the living shit out of it after having to pay to see it. And I know the hipster herd amongst us takes its cues from the “better critics” and pretends to prefer cerebral humor to mugging, slapstick silliness and crudity, which Holmes & Watson offers in abundance.


As for me, I was completely taken in by the chemistry, the ebullient synchronicity among the characters, and the sense the direction and (o lort) cinematography were in complete agreement with that magical brew. In a word—two words, actually—it works. Two more words: for me. 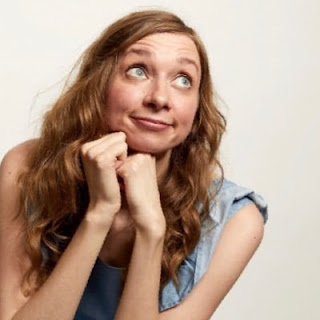 And now it’s full-disclosure time. I became hopelessly infatuated with one of the actors. She first appears as the pathetic, mute, chinless, Marty Feldman-eyed ward of the beautiful Rebecca Hall, who plays an American psychiatrist. Lauren Lapkus, whom I’d not known of in any context, plays the ward. She was raised by feral cats, Hall tells Watson, and has the IQ of a child. Holmes, who has the sexual intelligence of a child, falls in love with her. And (and I don’t care what anyone might think this might say about my own...er, intelligence) so did I. 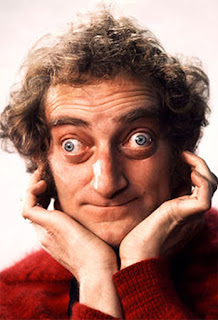 At first it was those eyes. She’s all eyes and no chin. And then [spoiler alert] in a dance/song sequence with Ferrell/Holmes she breaks into song with the theater-shaking voice of a trained operatic panther. OMG, as the kids text each other on their smartphones. Blew me away. Lauren Lapkus was the real reason I Googled the movie. Wanted to find out what other movies she’s in. Disappointed to find she’s done mostly TV. Doesn’t matter. I can watch Homes & Watson again and again, maybe this weekend. Maybe tonight! Those eyes, that voice...


Okay, so maybe it does all come down to idiot bullshit. Maybe that is my forté. Sure as hell ain’t cinematography.
Posted by Mathew Paust at 7:03 PM