Dolphins, Daytona, Glades, and Gators notwithstanding, Florida has never held much attraction for me. Not sure why. Been down there a few times, to the races, to visit friends. No bad memories—I actually kind of liked the place. I've enjoyed reading about it—MacDonald, Hiaasen, Holland come to mind—but when I'm not actually there I feel no chemistry, no pheromones pulling me south. Not like Callifornia, which I visited once long ago and still carry in my heart. 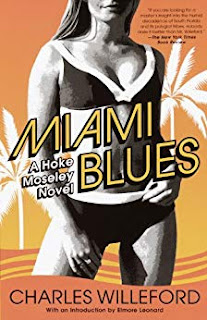 Maybe it has something to do with my mother and the oranges. She complained that Florida oranges were more acidic than California oranges. I never noticed any difference, but I'm learning more and more Gert's influence went deep. Not that I look at the labels. She didn't go that deep. I can't help but wonder, tho, if maybe her orange bias didn't somehow affect my nonchalance toward Charles Willeford. It's a stretch, I know, especially considering all of the positives.


Despite enthusiastic endorsements from a couple of crime authors whose blogs I followed—Ed Gorman and Bill Crider—I never had quite enuf itch to read Willeford. It took another crime author, Ben Boulden of Gravetapping, to lead me into Willeford's world. Boulden posted a link on Facebook that took me to the gate, a long Daily Beast piece on Willeford, with this headline: The Train-Hopping, Nazi-Fighting Literary Hero You’ve Never Heard Of.


Resist a pitch like that? Hell, I read a few paragraphs and suddenly my fingers dashed off to the Kindle library and with no more thought than it takes to breathe downloaded Willeford's first novel, Miami Blues, which is also the first in his four-book series featuring Detective Hoke Moseley. I will read the rest, if my doctor allows me to do that much laughing and experience that much suspense. I shook my apartment's flimsy walls laughing at the opening scene, perhaps echoing Willeford's own laughter when he described it to friends (see Marshall Jon Fisher's piece in The Atlantic if you think I exaggerate). In fact, I'll let Fisher, whose parents knew Willeford, describe it himself: "I remember him roaring with laughter while telling my parents about the opening scene of his novel-in-progress, which would become Miami Blues. In it Freddy Frenger, a haiku-writing psychopath, brutally breaks the finger of a Hare Krishna in the Miami airport. Frenger goes on his merry way, and the Krishna collapses in shock--and dies." 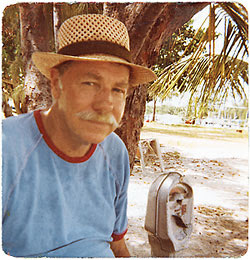 Miami Blues doesn't have much of a plot, and it includes the kind of coincidences critics sniff at writers for, calling the unrealistic events deus ex machina. Well, bon golly molly! Willeford, who won the Silver Star in WWII, gave a couple of nostrils full of industrial grade ammonia to any critics who wished to sniff at the big fat deus ex machina he stuck right in chapter one: The 19-year-old hooker Freddy Frenger hooks up with at the hotel, where he’s staying under a fake name is, unbeknownst to him, the dead Hare Krishna’s sister.


And Willeford follows this up with another, an even more outrageous deus ex machina, giving sniffing critics a one-two punch combo (he did some boxing, too), when he brings series star Moseley together with the doomed (we know) young couple driving them to the morgue so the hooker can identify her brother. In the car Moseley’s cop instincts immediately pick up that Frenger’s hinky, but as he’s only investigating the Hare Krishna’s death he merely files this away for possible future reference. Neither Moseley nor Susie Waggoner, the hooker, know Frenger’s the one who broke the finger. You must believe me that altho this sounds like a blazing satire, Willeford delivers the humor so slyly, so nonchalantly, you’re apt to ease along with it, laughing to yourself while seriously hooked on wondering what the hell the next page will reveal. I did, anyway.


One more laugh and then I’ll move along to something else. Susie’s an inexperienced, barely competent hooker who came to Miami from Okeechobee with her brother to abort the baby he’d impregnated her with. They decided to stay in Miami—brother hustling Hare Krishna at the airport, Susie hooking at the hotel, to earn enuf money to buy a Burger King franchise. Frenger “rescues” Susie from her job and takes her to another hotel. He tells her they’re married “platonically,” which she seems to understand, altho what Frenger really means is that they’re shacking up, which she accepts without question. He’s the nicest man she’s ever known, she tells him, and evidently means it.


While Susie keeps house Frenger’s at the mall mugging drug dealers and pickpockets, and Detective Moseley returns to his daily life, which amounts to paying half his sergeant’s salary to his ex, and living free in a Miami Beach fleabag hotel where he earns his keep doing minimal security work. Things heat up when Frenger, who somehow gets Moseley’s address, mugs him in his hotel room, beating him badly and stealing his gun, his badge, and his blackjack.


Moseley wakes up in a hospital with no idea who attacked him. The narrative here becomes so realistic--focusing on the injuries, the treatments, the hospital expenses, the problems his department has muting the embarrassment of a cop losing his badge and gun, the fact that he’s been living illegally out of his jurisdiction—that, even tho I hadn’t thought I’d gotten to know Hoke much yet, I cared about all of this, as if he were a friend or relative. 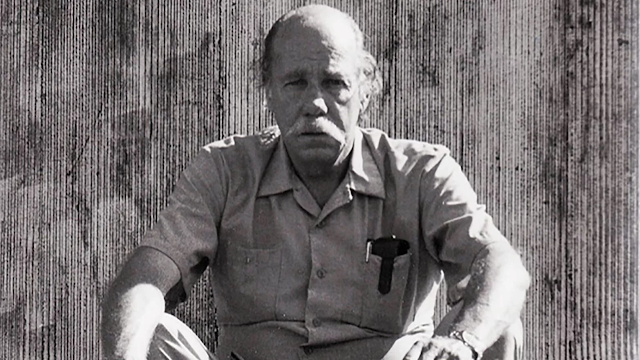 When the narrative shifts to Frenger’s problems, his viewpoints, his predicaments, I feel as as if he’s the brother who went bad, but is still a brother. Willeford’s writing incrementally creeps into your sensibility (mine, anyway), making it hard not to identify with which ever viewpoint is at bat. And there are believable parallels—each is even struggling to quit smoking. We know they’ll inevitably meet again, and it won’t be friendly.


As the showdown approaches, we’re in Moseley’s head, filled with the need to avenge himself as well as bring a criminal to justice. He’s ambivalent about the meeting. “The more he thought about [Frenger], the more afraid he was,” he tells himself. “This was not paranoia. When a man has beaten you badly and you know that he can do it to you again, a wholesome fear is a sign of intelligence...his only chance was to spot him in the street, and that seemed damned unlikely. Deep down, way down there in the pit of his stomach, he hoped he wouldn’t find him”


He’s still musing when he finally does: “Freddy Frenger, Jr., AKA Ramon Mendez, had played out the game to the end and didn’t really mind losing his life in a last-ditch attempt to win. Junior would have been good at checkers or chess, thought Hoke, where sometimes a poor player can beat a much better one if he is aggressive and stays boldly on the attack. That was Junior, all right, and if you turned your head away from the board for an instant, to light a cigarette or to take a sip of coffee, he would steal one of your pieces. Junior didn’t have to play by the rules, but Hoke did.”


Well. We know who won, else there wouldn’t be three more published Hoke Moseley novels and another one available in typescript available for reading only in the Charles Willeford Archive at the Broward County Library.


Oh, I must not omit the last laugh, on the last page, an item in The Okeechobee Bi-Weekly News:


OCALA—Mrs. Frank Mansfield, formerly Ms. Susan Waggoner, of Okeechobee, won the Tri-County Bake-Off in Ocala yesterday with her vinegar pie entry. The recipe for her winning entry is as follows:


I thought it was a joke, as I’d never heard of nor could imagine vinegar pie. I Googled it. It’s real, it’s Southern, and it sounds right tasty.The recipe's the last thing in the book!