SAVE THE LAST DANCE FOR ME – Ed Gorman

It's been a little over a year since Ed Gorman left us, taking with him my favorite fictional small-town private-eye/lawyer Sam McCain, at 24 “the youngest and poorest lawyer” in town, leaving us to wonder who's driving McCain's '57 red Ford ragtop, and whether the beautiful Pamela Forrest is finally regretting having spurned his eternal love for her, and whom the handsome District Judge Esme Anne Whitney (who hired his investigative services) is now shooting with her endless supply of rubber bands, and who in hell is solving all of the murders in Black River Falls, Iowa, pop. 20,300.
We know for sure it’s not the town idiot, Police Chief "Don't call me Cliffie!" Sykes Jr. 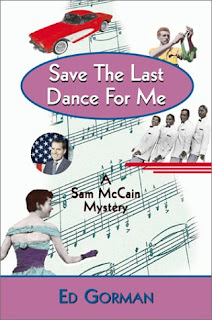 Thinking of Ed last week, missing his friendly generosity and the marvelous characters (there are more in the ensemble cast besides the above that make up the McCain series), I had no choice but to pick one of my favorite episodes for a reread, and it turned out to be Save the Last Dance for Me. (It’s another series feature that each novel takes the title of a popular song in the year the story is set. Last Dance's year is 1960.)
It was a really good year, as another song goes, for a smalltown American mystery novel. If only because it was the year JFK was aiming to be the first Roman Catholic elected to the White House. Gorman gives us a heads up for that theme in the epigraphs, including this quote from journalist/novelist Anna Quindlen: “It was not until I was 8 years old that I discovered that not all the world was Roman Catholic. When John F. Kennedy ran for president, it became clear that many Americans outside our homogeneous enclave considered our faith strange and suspicious and threatening. It turned out that we were a they.”
And there's this from Gorman himself: "I have drawn extensively from Richard Hofstadter’s fine book Anti-Intellectualism in American Life." Seems fit for a more recent American period, as well.
McCain mysteries are not easy to categorize, despite being similar in their gently witty, first-person style narrated by the self-effacing, feisty underdog McCain. Each story seriously tackles a prominent national controversy of its time, which serves as an underlying theme for the murder that only McCain is smart enough, dogged enough, and lucky enough to solve. In Last Dance the election/Catholic issue hovers darkly over two homicides linked to a Pentecostal hillbilly church that uses poisonous rattlesnakes in its services to test the Holy Spirit’s presence in its members. It's a congregation that also believes Kennedy's presidential run is sponsored by Jews and the Vatican in a secret collaboration to—ahem--conquer the world.
The novel opens with McCain and his latest girlfriend, Kylie Burke, a pretty, red-headed, Jewish, local newspaper reporter, attending a church service in the former four-bay garage that had been abandoned after a tornado destroyed the adjoining Chevrolet dealership showroom. The Ozark-based congregation that took over the empty garage had fled to Black River Falls after getting kicked out of other states because of its illegal use of the snakes. The church’s preacher, Rev. John Muldaur, had hired McCain to investigate anonymous death threats he’d received.
Gorman sets the tone early, with McCain musing on the type of people drawn to this form of religion. There’s understanding and even sympathy in his voice as he reveals these impressions, seeing a sadness in the people: “Not even Steinbeck had gotten to it. The Okies were just displaced farmers who wanted to work and prosper. I never read anything about Okies and rattlers. Dreiser kinda got to these people, I guess. That opening scene of An American Tragedy where the family is there on that twilight street corner. I could see these people on that same corner, snakes and all. They were the lost ones and didn’t even know it. Few of them would have indoor plumbing; some of them wouldn’t even have electricity. A good number of them would die young because they didn’t see doctors. And they would spend too much of their time fearing a Jesus who was a parody of the man or god who lived not quite 2,000 years ago. In their version, He despised them and they were appreciative of that fact. It gave some explanation, I suppose, for their smashed and shabby lives.” 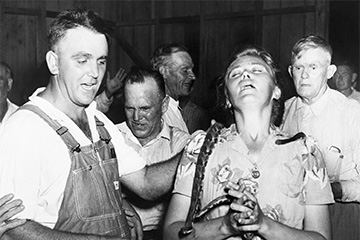 Later he tells us, “You can’t estimate the effects of poverty on generation after generation of people, that sadness and despair and madness that so quietly but irrevocably shape their thoughts and taint their souls.”
McCain feels a special pity for the children. “There was a certain apprehension in the eyes of the young ones,” he says. “They had not yet been fortified with the certainty of their elders—that those who did not practice the ways of their faith would perish in hell, and that all strangers meant you harm. Especially, according to the pamphlets Muldaur had been circulating in town, the Jews and Catholics all huddled behind Jack Kennedy in this fall’s election.”
Irish, of course, McCain was raised Catholic and apparently is still in its graces, although he appears to be a tad lapsed. Yet, while the fundamentalist approach of Muldaur and his congregation horrifies him, he finds an innocent moment for reflection listening to Muldaur’s teenage daughter, alone with her mother, singing in the church: “Her voice was skilled and knowing enough to convey both the promised peace and the grief of the present time...the girl sang and swayed in joy and sorrow to the melody.
“And for that moment I was able to put aside all the hip, modern ways I’d been taught to feel about our quest for purpose and meaning and to simply share in our need to understand our place in the cosmos. Cave paintings dating back thousands of years illustrated the desperate need mankind had always felt in seeking such an explanation. It almost didn’t matter if you believed in a god-force or not. The need to bring some meaning to the spectacle of human history was primal.” 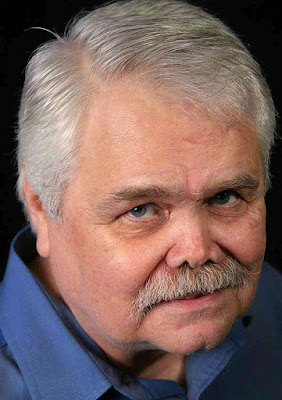 Her father, the Rev. Muldaur, is the first victim—death by poison, at first believed to have been delivered accidentally by one of the church’s rattlers. Judge Whitney orders McCain to investigate when an autopsy reveals Muldaur had been given a lethal dose of strychnine. Then the “respectable” Presbyterian pastor is found dead near his home, stabbed multiple times. Judge Whitney wants these murders solved quickly because she is planning a campaign bash at her home for Richard Nixon. The judge’s family is based in “the East” and she maintains high-profile friendships, including that of Leonard Bernstein, whom McCain has heard her calling “Lenny” on the telephone. Have no doubt that McCain will clear up the killings in time for the bash, so “Dick” won’t think of Black River Falls as a nutty hillbilly town.
McCain and Kylie Burke are able to crash the party, staying long enough to catch a glimpse of Nixon playing volleyball with the judge’s other distinguished guests.
“He was the only guy I’d ever seen play volleyball in a white dress shirt, necktie and wingtips. And I felt sorry for him. He didn’t seem to even sense how strange and sad he looked—laughable and pathetic—volleyball played in suit and wingtips. But then I’d always felt sorry for him, sensing that I was as odd in my way as he was in his.
“I never did actually meet him but as we rushed in the downpour from the elegantly dressed lawn to our car, I felt pretty sure for the first time that John Kennedy was going to win the election.
“Playing volleyball in wingtips. 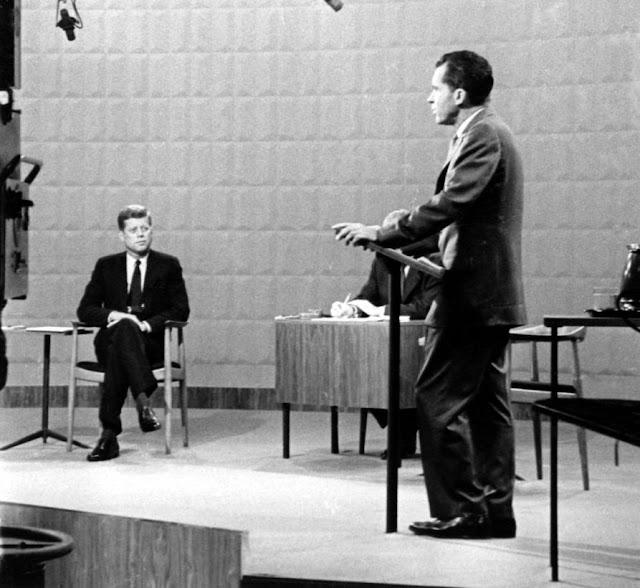 “Poor old Milhous. After this election, I was pretty sure we’d never hear another political peep from him again.”