I almost quit Mistakenly in Mallorca about the halfway point, which would have been a mistake. It was when the protagonist, John Tatham, whom I liked, made the kind of dicey choice in a dicey situation protagonists make in traditional noir stories. The kind with the gloomy tone that foreshadows a bad ending. Whether the choice is made with a motive of greed, adultery, or some other self interest, such as vengeance, doesn't matter so much as the knowledge I have that the character I identify with is on the road to perdition. 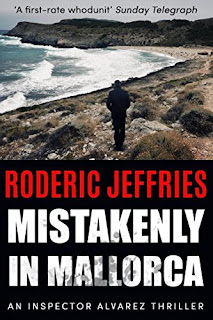 Ordinarily I prefer uplifting stories to such downers, and even though Mistakenly in Mallorca starts out with Tatham's fiancée being murdered by a gangster the tone of doom-bound temptation was absent. Tatham seems a man of character, whose small rented farm is failing. He leaves England to stay with eccentric great-aunt Elvina on the Balearic island of Mallorca. There, amid the beautiful Mediterranean surroundings just off the Spanish coast, he succumbs to one of these temptations. Elvina is killed apparently falling from a balcony at her home. Most inopportune for her nephew, who stands to inherit a fortune via the aunt from her declining, ninety-one-year-old godfather in England who is expected to die at any moment. His sole beneficiary, Elvina, had promised to alter her will to pass the legacy to Tatham should the godfather die first. She’d said this would stake him to starting up a new farm, something Tatham had made obvious to her he dearly wanted to do.
So. The dilemma. With no way now to learn when the godfather might die, but believing his death was imminent, Tatham has to decide either to notify police immediately of Elvina’s death, thus presumably losing any claim to the inheritance, or else to hide the body until he knew for certain the old gent had died, and then report his aunt missing. He chooses door number two, leaving me stupefied. 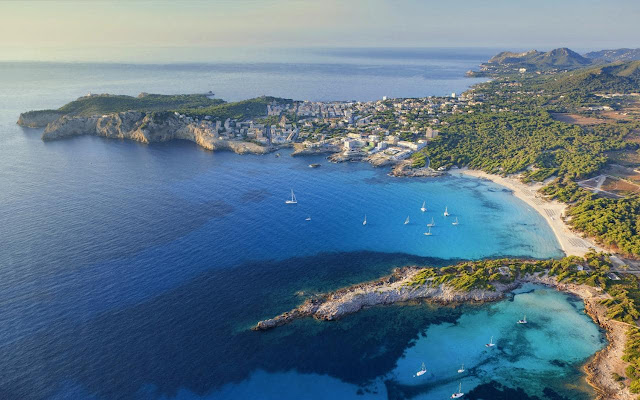 As this was the first in a series of some three dozen crime novels featuring Inspector Alvarez, I knew the rest of Mistakenly in Mallorca would crawl tediously toward Tatham's shameful demise--unless Alvarez was the Mallorquin version of Inspector Clouseau, which I doubted, as the book thus far showed no signs of being a farce, or something else was going on here new in my admittedly limited exposure to genre crime novels. I waited until I was certain farce was not involved, although Alvarez gave me some farce-like clues when he entered the novel at the halfway point.
At first glance, in appearance and manner, he struck me as resembling more Peter Falk’s Columbo than Clouseau. He makes it clear to us he resented being assigned to investigate Elvina’s death when her body turns up at the base of a cliff ten days after her death. He actually feared a promotion that would take him away from Lueso, his beloved community.. “He’d reminded his superiors (in Palma) that he existed,” we are told. “If he went even farther and uncovered and solved a murder, he might, God knows, even at this late stage be given promotion and be moved from Llueso. The thought so distressed him that he bent down and opened the bottom drawer of the desk, brought out a litre bottle of Fundador, and poured himself out a large drink.”
But he plods along finding clue after clue left by Tatham’s carelessness, and finally sends the body, which Tatham had kept in the freezer until he learned of the godfather’s death, for an autopsy. Alvarez is crushed when the results are not consistent with the purported accidental fall from a cliff: “Now, there was no avoiding fate. People would be down from Palma, poking their noses into everything, looking everywhere, questioning everyone, and his previous privacy would be shattered once and for all. The English, he thought miserably, would destroy Heaven if, by some grave oversight, any of them were ever allowed to enter.” 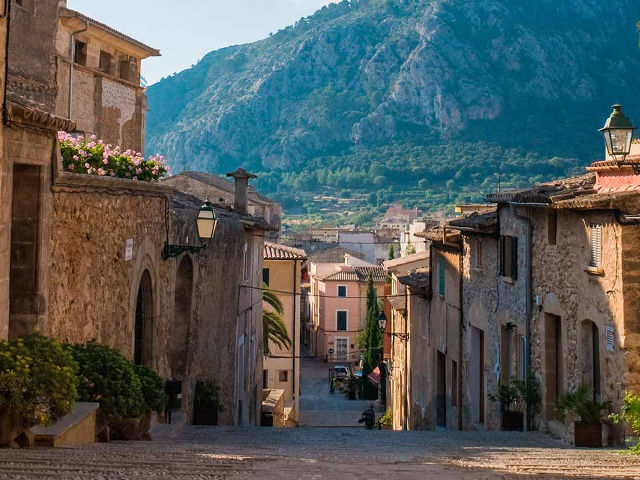 After a couple of yawns and some disgusted grunts I decided not to abandon the novel, and plodded ahead along with Alvarez. I tried to distance identification with Tatham, yet found myself cringing whenever Alvarez’s plodding brought him closer to an undeniable conclusion Elvina had been murdered.
I’ll skirt the rest of the plot, because it surprised me some, and I don’t wish to spoil the surprise for anyone else. I will note one thing which might be taken as a clue: At some point Tatham reflects on what appears to be a distinction between the justice apparatus in England, which he blames for his fiancée’s death, and that on Mallorca. Watching this play out, combined with Jeffries’ insightful capture of the various components of Mallorquin society and the eye-friendly countryside they inhabit, kept me entertained as the narrative eked along. 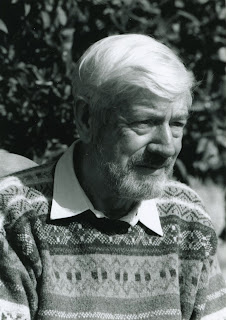 I spent some time on that island and neighboring Ibiza in 1970, and this novel brought memories to the forefront. The book was published in 1974.
A subplot involves an English wheeler dealer trying to sell his mansion to a wealthy German. He baits the prospect with a forged Renoir painting he’d commissioned from someone who specializes in such forgeries. The unnamed forger may have been inspired by Hungarian art forger Elmyr de Hory, who had been a neighbor of literary forger Clifford Irving on Ibiza and became the subject of Irving's 1968 book Fake!, and who Irving credited as inspiring him to write the fake autobiography of reclusive billionaire Howard Hughes in the early ‘70s. Irving, his wife, and his researcher spent some time behind bars for that world-famous caper.
Sad to say I didn’t run into either Hory or Irving during my brief stay on the island, which ended when I and about a dozen other young travelers were arrested sleeping in the several cliffside caves overlooking the sea. I later learned an international wire service reported our arrest (without our names, so I can’t prove my involvement—for better or worse) but I have not seen the story.
I do plan on reading more of the Alvarez series, to which I thank fellow crime fiction blogger Margot Kinberg for introducing me.