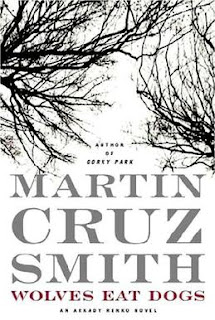 Wolves Eat Dogs starts out normally enough for Arkady Renko, Moscow's ace homicide investigator. Assigned by Zurin, the sleazy local prosecutor, to rubber-stamp as suicide the dramatic death of a powerful businessman, our indefatigably skeptical Renko refuses to sign off until he is satisfied whatever evidence he might find corroborates Zurin’s foregone conclusion. Oddly, in a departure from Renko’s usual dogged persistence proving the official opposition wrong, this time (after some dogged investigation, of course) he concurs with his boss’s presumption, agreeing that Pasha Ivanov deliberately plunged to his death from his high-rise apartment ten floors to the street below.


But Renko does not disappoint us with his verdict. He has stumbled onto a new mystery as he probes Ivanov’s death, one that not only seriously thickens the plot but turns it quite literally radioactive. Discovering a dosimeter wrapped in a bloody handkerchief in Ivanov’s apartment, he determines the apartment is heavily contaminated. A HazMat team finds Ivanov’s body is virtually glowing with radiation. It’s clear the tycoon knew he’d been poisoned, would suffer a slow, agonizing death, and chose suicide instead. Renko’s attention then shifts to how and why the radioactive substance was brought into the apartment. His inquiries focus on Ivanov’s business associates, who lean on Zurin to call him off until Ivanov’s partner and successor to head the business empire is found murdered in the “dead zone” around Chernobyl, infamous Ukrainian site of the 1986 nuclear accident that’s blamed for millions of deaths from radiation exposure. 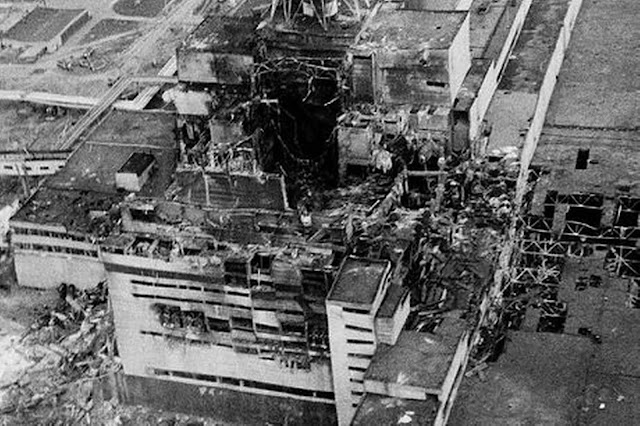 This presents an ideal opportunity for Zurin to get Renko out of his hair by sending him to “investigate” the murder. Most of the rest of Wolves Eat Dogs takes place in this hotbed populated only by a handful of peasants who have refused to leave and by scientists studying the disaster’s aftermath. Here, as usual, Renko runs into as much resistance as he did in Moscow. Despite having a Ukrainian name and being the son of a famous Red Army general, he’s seen as an outsider, i.e. a Russian, come to make trouble. No one knew the victim, either, another Moscow big shot whose death meant nothing to the locals. So little did they care when a villager found the body at a cemetery, assuming death had been natural, they stuffed it in a kitchen freezer awaiting someone to take it to back to Moscow. After several weeks the research community’s physician took a second look at the corpse and noticed its throat had been cut. 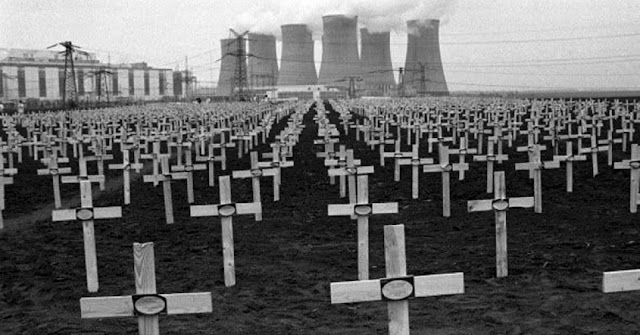 The physician, Eva Kazka, is an attractive but prickly sort, the kind of woman in every episode who ends up coupling with Renko after considerable hissing, sparring, and plausible indifference. In Wolves Eat Dogs, this foreplay includes a couple of high-speed chases through heavily wooded countryside on motorcycles.


“Kazka looked like she would bite the head off anyone who flattered her,” Renko ruminates as they size each other up. “She was too pale, too dark, too sharp. The way she and Alex moved suggested a past involvement, a momentary truce in a war.” We learn Eva and Alex, one of the scientists, had been married, and that their current status is unclear.


After some sparring in the presence of locals, Renko feels “she had played him like a thief before a jury in front of the old women. Eva had that knack of making a person draw too little air or speak too loud. In front of such an individual, a man could become so aware his weight was on his left foot that he might fall over on his right, and the village women had practically cackled while watching the show. She had called them survivors.”


But he can’t seem to get her out of his mind. Here he decides she isn’t pretty “in an orthodox way; the contrast of such white skin and black hair...too exotic and her eyes...an unforgiving gaze. And later, “Was he in a staring contest with her? This had to be like a falconer’s dilemma, holding a not completely trained bird of prey on the wrist.”


And this (he’s warming up to her, calls her by her first name now): “Eva was not soft. Her pale skin and black hair—black as a cormorant’s, liquid to the hand—set a theme of contradiction. Her eyes were dark mirrors. Her body looked slight but was strong as a bow, and...she would have made an excellent imp in hell, goading slow and doughy sinners with a pitchfork. She should have come from a landscape of flames and spewing lava.”


Will he ever learn? Do we want him to? Does he solve the poisoning and the murder? For us, yes. For Zurin? To hell with Zurin--doesn’t care anyway. Does he get the crap kicked out of him, as usual? Of course. Comes within a split second of being shot to death, to boot. Does he get in a few good licks of his own? You know it, and you know he gets the girl, unforgiving eyes and all.


So what’s this about the wolves and the dogs? It’s a sub-theme that snarls its way through the narrative in dribs and drabs, overarching perhaps as a metaphor for big, powerful business interests that gobble up all the little bunnies that get in their way. The first reference to a real wolf is Renko’s mention of a famous Russian painting, “The Sleigh Ride, of a troika driver throwing a horrified girl to a pursuing wolf pack. Zurin was like that driver. He compiled files on his own investigators, and whenever the press got close to him, he tossed them a victim.” 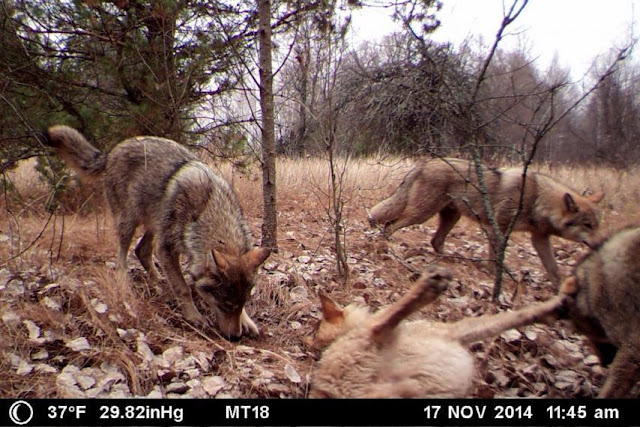 On a tour with Alex of the radiation zone around the Chernobyl power station, he sees wolves in a stand of birch trees, “eyes shining like pans of gold, weighing the deer, he and Alex and the deer much the same. He remembered how the hairs had stiffened down the back of his neck. The word ‘predator’ meant more when you were potential prey. He laughed at himself, imagining that he was on his motorcycle being chased by wolves.”


Later, he reflects on a conversation he had with Roman, one of the peasants who, with his wife, refused to leave home when Moscow ordered evacuation of the contaminated area: “‘Wolves eat dogs.’ That did seem to be the consensus of the village...Roman shook his head as if he’d given the matter a lot of consideration. ‘Wolves hate dogs. Wolves hunt down dogs because they regard them as traitors. If you think about it, dogs are dogs only because of humans; otherwise they’d all be wolves, right? And where will we be when all the dogs are gone? It will be the end of civilization.’”