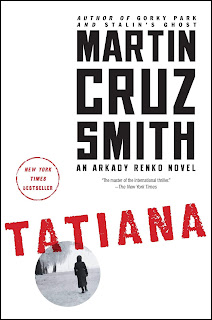 Say goodbye to Arkady Renko. I have this chilly foreboding we'll not see him again, that five years ago Tatiana was his valedictory huzzah, his seventh "complication" after we met him confronting the mystery of three bodies found frozen and defaced in Moscow's Gorky Park. Since then the signs have been gathering, mounting. For one thing, his creator, Martin Cruz Smith, has allowed Renko to age somewhat naturally. I'm guessing he was in his thirties in Gorky Park and had advanced to his middle fifties in Tatiana, evidently dying his hair (which was "graying" in Three Stations, his previous outing).
"Arkady was a thin man with lank dark hair who looked incomplete without a cigarette," we are told in Tatiana in words that seem ominously fit for an obit. The odds his smoking will kill him from lung cancer by now are rivaled only by his accumulated physical damage from beatings, stabbings, being locked in a freezer, exposed to nuclear radiation and shot in the head, the latter leaving a bullet in his brain.
“Do you know what that does to you?" he asks someone threatening him in Tatiana. "Can you imagine? Like a second hand on a watch, just waiting to make one last tick. One tick and everything goes black. That’s how I live my life. Moment to moment...The strange thing is that having a bullet in the brain makes me feel invulnerable.”
Knowing the difference between feeling invulnerable and being invulnerable, methinks that one last tick has surely ticked by now, and if not, I surely hope it won't happen while we are watching.
It's a toss-up when and who will go first, Renko or his militia sidekick, Victor Orlof, who came onboard with just his first name in Wolves Eat Dogs. Again described in the past tense in Tatiana, "Victor was a bloodshot wreck who substituted Fanta for vodka. Or tried. Because of his drinking no one dared work with him but Arkady. As long as he was working a case, he was sober and a good detective. He was like a hoop that stayed upright as long as it was moving, and fell when it stopped."
The Russia they're growing old in is fighting its own death struggle. Renko reflects on this at a double funeral, one for a local gangster and the other for Tatiana Petrovna, a famous investigative journalist who officials say committed suicide by leaping from a high window. As he did with a similarly suspicious "suicide" by a gangster in Wolves Eat Dogs, Renko doesn't buy the official verdict, and, against opposition from his sleazy prosecutor boss and virtually everyone else except Victor, sets out to learn what really happened. He and Victor get to the bottom of it, of course, almost hitting bottom themselves in the process. At the gangster's funeral, Renko notes that other "mourners" there include "billionaires who had their arms around the nation’s timber and natural gas, lawmakers who were sucking the state treasury dry, boxers who had become thugs, priests as round as beetles, models hobbling on stiletto heels and actors who only played assassins rubbing shoulders with the real thing."
Meanwhile a protest has gathered outside the cemetery for Tatiana. Renko joins this group and gets a couple of cracked bones and a punctured lung when cops breaking up the rally begin "dancing on his ribs" until he shows them his militia credentials.

I have a couple of theories. The least plausible is that Renko will finally get a boss as honest, brave and stubborn as himself, and the two of them, with Victor, of course, will tear great gaping holes in officialdom and the criminal networks until, like Butch Cassidy and Sundance, they're mowed down at the Gorky Park bandstand in one momentous red blazing star of righteous glory.
In reality Renko's dissolution is a continuing process, the meticulous trudge toward official oblivion. His routine cases are drunken homicides followed by dreary confessions. Murders of greater sophistication are "all too often followed by a phone call from above, with advice to 'go easy' or not 'make waves. Instead of bending, he pushed back, and so guaranteed his descent from early promise to pariah."
He should have quit the prosecutor’s office years ago, and he knows it, "but there was always a reason to stay and a semblance of control, as if a man falling with an anvil in his hands could be said to be in control."
My third and most likely theory to keep the series going, or else veering off within the same setting and with some of the old supporting characters would be to promote Zhenya Lysenko to lead the way. Zhenya enters the series, along with Victor, in Wolves Eat Dogs. He's eight years old when Renko first meets him "standing in the cold outside a children’s shelter. He was stunted like a boy who pushed tubs in a coal mine, and virtually mute." Renko befriends the strange kid, and, despite Zhenya's fierce, inscrutably independent spirit, eventually becomes his legal guardian.
Seventeen years old in Tatiana, Zhenya seems "simply a larger version of himself. He was the ugly duckling that did not change into a swan and was self-effacing to the point of disappearing. Except in chess. In the confines of a chessboard he ruled and humiliated players whose ratings were far higher than his because he preferred cash to tournament trophies."
But by Tatiana he's grown tired of hustling chess games at train stations for petty cash, and is considering joining either the Army or becoming a cop. I believe this is the clue we need to anticipate at least episode nine in the series. Zhenya could ease into becoming Renko's successor. And maybe the lad is encouraging us with a wink to think so. In an exchange of quips with Renko, he predicts what will be engraved on his guardian's tombstone: "Things Got Complicated. ” 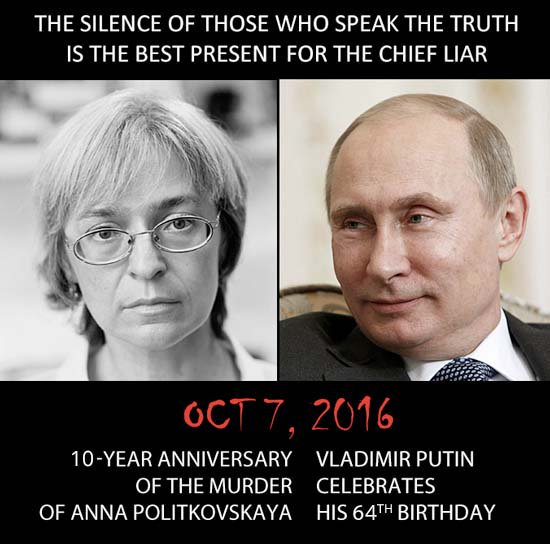