The only way I could bring myself to follow blogging buddy John Norris's persuasive review of The Weird World of Wes Beattie was to pair it with the only other mystery Canadian author John Norman Harris wrote before his untimely death: Hair of the Dog. I say untimely because Harris was only 49 when he made his final great escape, and had he lived a tad longer he surely would have given us a few if not many more mysteries starring Sidney "Gargoyle" Grant and his wonderfully unconventional wife, June née Beattie. And I would be reading every one. 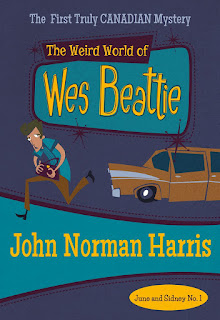 Gargoyle and June team up in The Weird World of Wes Beattie to save her loopy younger brother Wes from the loony bin for allegedly killing his favorite uncle, who was about to cut him out of his will. Wes Beattie’s wealthy family has retained a member of Parliament to represent their black-sheep relative in an insanity plea to avoid the shame of a public hanging as well as to keep the wacky kid locked up, thus avoiding future family embarrassments. The kid is known as such an outrageous liar he's confused himself into unwittingly confessing to the murder.
At least I think the above is accurate. The plot is so intricately woven I can’t be sure of every stinking little detail—despite the fact that in mysteries of this type, with intricately woven plots, any one of a thousand stinking little details might lead to solving the mystery. This is why Gargoyle Grant is so good. His extra large head encloses a brain so astute it can examine the tiniest of stinking details to the extent that if one of them can point him toward a solution to a mystery he will recognize it. Perhaps this is the time to provide a glimpse of Mr. Grant: 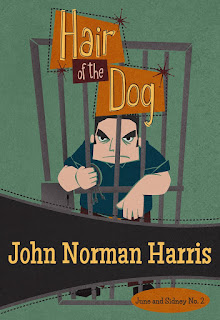 “He was a short, slender man whose enormous head was surmounted by a mop of wiry black hair. He wore outsize horn-rim specs, behind which he frowned in ferocious concentration.” The description, while vivid, omits one vital detail, to wit: Mr. Grant is a young lawyer with a practice so new most of his clients are petty thieves, drunks, miscreants, and the like. Though his brain and wits be enormous he has yet to handle an enormous case. He wriggles into the Wes Beattie imbroglio by way of a seminar with lawyers, doctors, and social workers in which a psychiatrist uses the Beattie case to illustrate “the need for greater cooperation among our various professions.” Arguing with other lawyers at the seminar, Gargoyle contends that no one gave much credence to Wes’s stories of a conspiracy to frame him, and in particular no one tried very hard to find the “missing woman,” believed to be a figment of poor Wes’s tortured imagination.
Gargoyle believes finding the “missing woman” shouldn’t be overly difficult, and, taking this as a challenge, he sets out to do just that. He’s soon joined, and hired, by the only relative of Wes’s who believes him innocent, the older sister. Electricity between June and Gargoyle is so delightfully engaging from the git-go it carried me through the maze of complications and coincidences of the mystery with nary a fret that all would not be right in the end. (I probably should try to use Canadian slang here instead of my own mix of hick and hooha, but I’ve never been very good with foreign tongues—if I failed to mention it, the characters are Canadian as are, surprise surprise, the settings. Eh? See?)
Here’s smooth-talking Gargoyle at his first meeting with June, trying to persuade her that, among other things, the evidence against her brother is a tad shaky:
“Now then—suppose you and I wanted to cuddle together for warmth at the Midtown Motel. We wouldn’t require a car. We could take a cab or walk and merely pay a deposit. So it struck me that the car was not rented for the purpose of flimflamming the motel. Why was it rented then, and driven for six or seven miles only? One possible explanation—to work the frame-up described by your brother.”
Just a taste, that. I’d give you some of June’s smart lip if we had the room, but, remember, I have Hair of the Dog to discuss a little here, too. Oh, okay, just one: “‘Stop being Delphic,’ she said. ‘What are you yattering about?’”
Alrighty then, Hair of the Dog, which was published after Harris’s death in 1964. Same kind of incredibly complex plot, also involving a wealthy, unlikable family we get to know in all its inglorious pettiness, but without a babe to tempt our gargoylean hero—June has him all to herself. In Hair’s unlikable family, the supremely unlikable matriarch is the murder victim, strangled during an apparent burglary and theft of her jewels and unimaginably expensive furs. Her death means instant millionairedom for most of her immediate relatives. Gargoyle represents the guy who allegedly set up the burglary, a former hockey star who never speaks—until the very end. I liked him if only for his name: Vince Lamberti. If that name sounds vaguely familiar, “Tobin Rote” might be a fruitful clue. 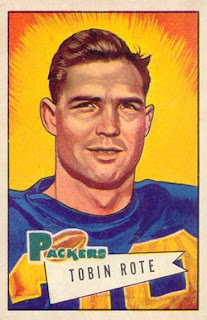 That name comes up in a conversation between Gargoyle and a member of the wealthy, unlikable family. My memory of listening to Green Bay Packer football games on the radio back before Vince Lombardi was even considered to take over as head coach is vivid. The team was pitiful then, although quarterback Tobin Rote (who finished his career with the Toronto Argonauts, see?) gave Packer fans an occasional frisson of hope with his passing wizardry. Those were the days, my friends, eh?

A couple other especially well-drawn characters. In Hair there’s the patsy, or “punk” who gets set up for the murder. They call hm Stoopid Easting:
“Easting was something else again. He came from a chronically poor family. He was a third-generation welfare case. His parents were professional spongers. Students of social work had written theses about them to gain their degrees.” His luck was about as bad as Tobin Rote’s Packers.
Gargoyle’s secretary grabs the supporting-actor Oscar in both novels. Clever, smart-tongued, efficient, etc. “Miss Georgina Semple, an elderly woman with incredible red hair piled high on her head.” See?
And author Harris was himself something to behold. An RAF bomber pilot during World War II, he was shot down over Germany in 1942 and spent most of the rest of the war in a POW camp known as Stalag Luft III, where, his publisher says, “he was instrumental in planning the largest prison-break in the history of WWII. The story of the breakout was eventually turned into several novels and films, including ‘The Great Escape,’ starring Steve McQueen.” 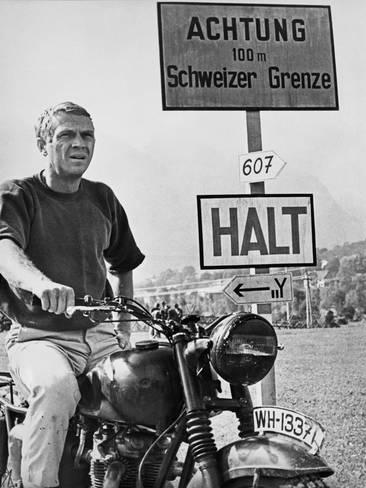