I liked Stallion Gate so much I feel obligated to find at least one nit to pick about it so it won't look as if I'm on Martin Cruz Smith's payroll. Of course, were I actually beholden to Smith in any way I'd have no choice but to pick a nit, wouldn't I, if only to create an illusion of independence. Then again, one should be able to find a nit in damned near anything, shouldn't one? The answer, of course, is indubitably. Therefore, as the subject somehow has wormed its way this far into my report, it really has become incumbent upon me to find a nit and then to pick it. Oh, mercy--nit nit come out come out wherever you are...ahhh, Got one! The hero. He's too good to be true. 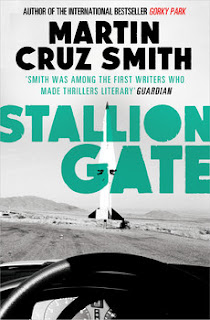 Handsome enough to have two women seduce him, one of them a raven-haired mathematician beauty working on the Manhattan Project, and the other the flirtatious wife of the Army captain who pulled him out of the brig to drive bigshots around the Los Alamos site in New Mexico where the first atomic bomb was about to be tested. A third woman, Kitty Oppenheimer, wife of the project's head scientist, makes it clear at a drunken party she wants our hero, too. He balks at this point, though, possibly because he and "Oppy" had been childhood friends. Or maybe Kitty didn't try hard enough. When we meet her she's wearing a "frowzy" dress but has a "flat, pretty face...and dark, thick hair." At the party, where our hero is standing guard in the garden, she comes out, hands him a drink and trips over a scooter in the garden where she reclines on her back, resting, she tells him. Maybe when Martin Cruz Smith isn't looking she pulls him down under the azalea bushes and...hey, the guy's a babe magnet, what? 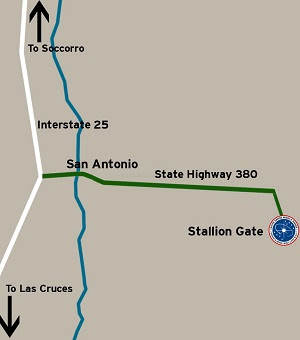 Staff Sergeant Joe Peña, our hero, is modest and sophisticated, too. Played piano in New York with Charlie Parker. And tough. Eighth-ranked world heavyweight boxing contender before joining the Army and fighting in—and escaping from—Bataan. Legitimate hero. And wise? How about this, from his own mouth: “I hate arguments. I’m a coward. Arguments are full of words, and each person is sure he’s the only one who knows what the words mean. Each word is a basket of eels, as far as I’m concerned. Everybody gets to grab just one eel and that’s his interpretation and he’ll fight to the death for it."
And this, explaining his attraction to music: "You hit a C and it’s a C and that’s all it is. Like speaking clearly for the first time. Like being intelligent. Like understanding. A Mozart or an Art Tatum sits at the piano and picks out the undeniable truth.” 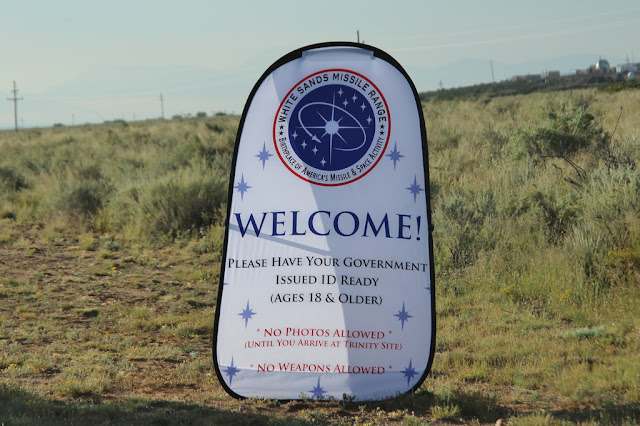 Have I said "too good to be true?" Am I right? Look, okay, I do remember saying this would be only a nit, and I meant it, because that's all it is. There's a certain allegorical value in larger-than-life characters, even those disguised as lowly army enlisted men like Peña, insulted to his face here by Capt. Augustino: "the Army is setting up a project at Los Alamos. Dr. Oppenheimer is in charge, and he will need a driver. You are, in almost every particular, the perfect man. Violent enough to be a bodyguard. Ignorant enough to hear classified information and not understand a word." From that alone, in the first chapter, we know the stakes. We've already picked the soldier over the captain.
It soon becomes apparent Stallion Gate is Sgt. Peña's story, despite the elephant in the room...or, more precisely, the mushroom cloud on the horizon. Tony Hillerman, in his Los Angeles Times review of the 1986 novel, put it this way: "Smith uses history to make the heavy background music while Peña's story provides the melody. We see the founding giants of the atomic age only as their paths cross Peña's, and we see the Manhattan Project bearing its fruit only as it would have been seen by the director's handyman. The Bomb provides the tension, but Peña tells the tale." 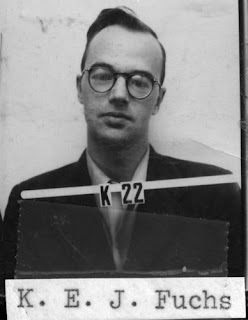 Well, in truth Martin Cruz Smith tells the story, with craftsmanship as stunningly brilliant as in the first novel of his I read, Gorky Park. According to Hillerman, whose Navajo Indian mysteries are set in and around New Mexico, Smith lived in Santa Fe while preparing the book, "picking up a feeling for the Rio Grande pueblo culture and interviewing old-timers from the project. He absorbed oddity, anecdotes and personal quirks--stuff that makes historic personages come alive."
Of all the characters, fictional and historical, only two are out-and-out villains. Capt. Augustino, the fictional heavy, tries to get Peña to help him frame Oppenheimer as a Communist traitor. Klaus Fuchs, the physicist portrayed here as an arrogant, humorless ass, was in fact caught spying for the Soviet Union. In a delicious scene early in the novel, Peña humiliates Fuchs by deliberately changing tempos while playing piano at a party for the scientists. Fuchs, who earlier had disparaged Peña's musicianship, was trying to dance with the woman soon to become Peña's lover. She ended up on the dance floor laughing at his awkward attempts to adapt to Peña's playing. Later, Peña reflects on this incident: "Why had he picked on Fuchs? Because he was angry and the German was the first easy target to waltz onto the dance floor. Jesus, how shameless would he get before this war was over?" The perfect hero.


Smith has woven history and fiction together so seamlessly I would have to read some serious history to know whether in fact the Army was preparing press releases contingent upon whether the bomb was a dud or not, or had a more powerful explosive effect than anticipated. "If we blow up the desert and everyone in it," says a psychologist assigned to the project's personnel, "then we’ll have to come up with a different story."
And here's the psychologist waxing philosophical about the larger implications for humanity: "It’s really an opportunity to be here if you think about our psychological history being built on anxieties. Of a sexual nature or a religious nature or a combination of the two. We may be on the ground floor of the primary anxiety of the rest of history.” That one sent a frisson of understanding up my spine.
And a macabre-comic glimpse: "On a gentle rise stippled with piñons a radiologist had strung wires on the branches and was hanging white mice from the wires by their tails in order to determine the effect of the blast on living organisms. The first mice had already perished from the heat.
“He’s been out in the sun too long himself,” Joe said after Oppy had sent man and mice back to the Base Camp.
“It all looks so sane on paper."

As the countdown preparations moved toward detonation on the test site, a radio channel intended for communication only among site personnel crossed frequencies with a Voice of America broadcast, which "wandered in and out, like a spectator who couldn’t keep his mind on the event at hand. Now it was playing “Sentimental Journey.”
The site, dubbed "Trinity" by Oppenheimer, had long been known as Stallion Gate by Mescalero Apaches, who rounded up wild horses there they'd chased out of the surrounding mountains. On the night scheduled for the test Peña was supposed to be out making sure no Apaches had wandered too near "Ground Zero." Instead he'd left Los Alamos for a boxing match behind a bar in nearby Antonio. It was to be a high-stakes fight pitting Peña against a much younger Texas boxer who many thought could beat Peña without breaking a sweat. Peña needed the money he'd earn, win or lose, to buy a nightclub that was up for sale. The fight scene, described with amazing knowledge and insight by Smith near the end of the novel, is one of the best I've ever read.
You already know how one of these climatic episodes concludes. The other you'll have to find out on your own.