THE COMPANY YOU KEEP – Neil Gordon

Here's how it feels to disappear: "The tunnel, we called it. At the beginning you are straight, and at the end you are underground. A long, clean passage away from everyone who knew you, unnoticed and unremarked. If it works right, absolutely nothing happens, and yet, at the other end, you are in another world. Your legal identity is changed. Your appearance is changed. And because there are no witnesses to either transformation, you are, now, literally, someone else."

Sounds fun, easy. And it's safe to assume Neil Gordon knew what he was talking about when he wrote The Company You Keep, considering he had help from such iconic members of the '70s Weather Underground as Bernardine Dohrn and Bill Ayers, as well as those "who spoke to me, with such generous honesty, on condition of anonymity." These heavyweight sources along with his characters' intimate references to such highly publicized events as the Days of Rage in Chicago and the Greenwich Village Townhouse Explosion, bring a viscerally authentic feel to Gordon's imaginary story. The Company You Keep is a cornucopia of hard-proven survival tips: how to manage fear and panic, and distinguish between the two, how to run, how to hide.
It seems more than coincidental that the story itself brings to mind a particular event in which two Weather members—Kathy Boudin and David Gilbert--were given lengthy prison terms for their roles as getaway drivers in the 1981 Brink's robbery in Rockland County, N.Y., in which two police officers and a security guard were killed. They left a 14-month-old son, Chesa, to be raised by Ayers and Dohrn. Gordon also acknowledges Chesa, a former Rhodes scholar and now a public defender attorney in San Francisco, for his contributions to The Company You Keep. It may appear to some readers that Chesa Boudin's contributions were more significant than those of any other to the central story.

The novel unfolds as a series of emails to Isabel Montgomery, the 17-year-old daughter of a man known ten years earlier as “Jim Grant,” a civil rights attorney in Albany, N.Y. Grant flees, leaving Isabel with relatives, when a local newspaper reporter stumbles onto his true identity: Jason Sinai, a Weather fugitive of nearly thirty years, wanted as a getaway driver in a bank robbery in which a guard was killed. Sinai goes underground again, this time to find and persuade his former Weather girlfriend, Mimi Lurie, also a fugitive from her role in the robbery, to surrender and clear him of the charges. His alibi? He skipped the robbery and was delivering their baby to friends to raise while he and Lurie went their separate ways with new identities.
Now, ten years later, Sinai, Lurie, their close associates and the reporter are giving Isabel their accounts of these fugitive years in the hope of persuading her to return from England to testify in Lurie's parole hearing. The email scheme is arranged so each member of the group receives each email at the same time Isabel receives it in England. This allows for various often contradictory accounts to be told without interference. It's an effective literary device, as well, enabling Gordon to revisit that dangerously contentious decade of ideological and political passions. To this end, two questions dominate:
1 – Did the fight matter?
2 – When all boils down to essence, which value stands above the other, truth or love?
Gordon's characters continue their impassioned debate nearly forty years later. The tone has matured, as have the ideas that drove them. Sinai's reflections to his daughter struck me as the most poignant:
In a bar in Dexter, remembering with drunken clarity the rage that had animated me a quarter century ago when I was barely older than you are now, and the freedom I’d glimpsed, one day, in this same bar. It was that I couldn’t stand the roles available to me. I couldn’t stand it: doctor, lawyer, professor, politician. Living and dying in the compromises of my parents. Nothing that was available to me in my parents’ expectations could offer me a way out. I could make more money, I could have greater exposure. I couldn’t, however, be any more involved than they were, nor could I be any less of a phony. Unless I got out. [...]
I had been waiting too long, I knew. I had been drinking too much: after years of not drinking, the beer was buzzing in my ears, and my vision had the clarity of real drunkenness. And yet it was there, sitting in this bar in Dexter, that for the first time in twenty years and more I remembered what it was we had fought for, what it was we had risked our lives and even worse, made fools of ourselves for. It was for this feeling: this feeling of clarity, of courage, of strength—of freedom.
And this, to the reporter who outed him, merely for a story--objective, but privately leaning toward sympathy:
You know, Benny, it was the best dream we ever had. That these motherfuckers could be made to stop. That the machine, the corporate machine, the government machine, the war machine, that it could be turned off. That real rights of real people could come before money. That ecology could come before corporations. It was the best dream we ever had, ever, and it put us in the same company as all the other people around the world who had the same dream; all the people who’ve dreamt the same dream in all the history of mankind. From the very beginning. [...]
Our government has rolled over that dream, every single day since the sixties. Every single day it’s gotten worse. The poor are poorer, the rich are whiter, and the world is a worse place than it’s ever been before. [...]
It was the best dream any of us ever had, and that it failed, Benny, that the machine rolled on over the poor and the blacks at home and all Latin America and Africa and all of the people who so detest us abroad, it didn’t have to happen that way. [...] All we ever asked them to do was to practice the fundamental principles of constitutional democracy, like they always said they would. And that they wouldn’t…it’s so sad, I can’t tell you. 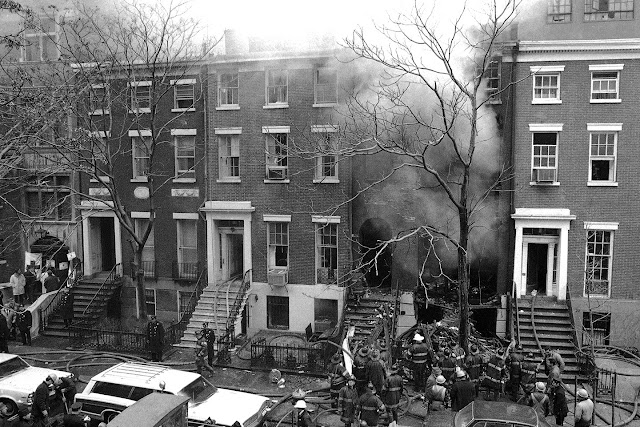 As to the question of truth v. love, these discussions play out between the genders—Sinai and Lurie debating whether to abandon an admittedly futile fight against “the machine” so he can raise his child; the reporter and the Republican woman he's come to love. Gordon's characters don't go preachy here, wielding Plato or Christ or Socrates or Buddha or Vonnegut or Lennon or Dylan or...you may join in here if you like. He lets the reporter, the pushy, nosy, cynical, smartass reporter, have the last word on this one:
“Truth or love? Fuck truth.”