AT PLAY IN THE FIELDS OF THE LORD – Peter Matthiessen

I was in Europe, with the Army, when At Play in the Fields of the Lord came out. In 1965. I paid it no heed. My literary tastes at the time had drifted from academic to more popular influences—Mailer, Baldwin, Ellison, James Jones, Eugene Burdick...—writing I considered edgier or maybe more accessible, or a mix of the two, than the classics seemed to offer. I vaguely remember reading about At Play when it hit the reviews, and I vaguely remember thinking, nah, not for me. And that was that. Never looked back. 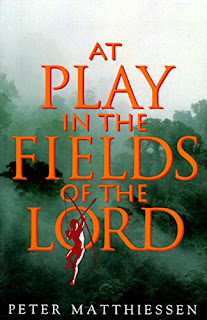