A single word in the titles of their debut novels gave them away, told the world they were rolling their die in the crime-writing game. They won, and their streak is still hot. Bill Crider went first, in 1986, with Too Late to Die, a mystery featuring Sheriff Dan Rhodes, set in a small Texas town. The novel won the Anthony Award for best first novel, and Crider went on to write nineteen more Dan Rhodes mysteries and several other series and a bunch more novels and stories. His total of published novels has climbed to more than fifty. 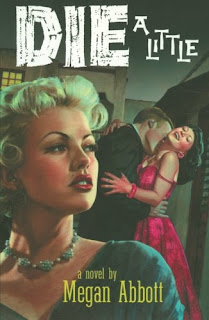 In 2005 Megan Abbott gave us Die a Little, a noirish Hollywood underbelly mystery. Three years later her third crime novel, Queenpin, won an Edgar for best paperback original, and a Barry for best paperback novel. After publishing four more crime novels and a collection of stories, Abbott is coming out near the end of July with a new crime novel, You Will Know Me. Just so you know, it can be pre-ordered.
Being published for the first time is the last in a string of debuts for every novelist. The first for most, one presumes, is the act of putting the first words on a blank screen or sheet of paper. “Zounds,” you might whisper when this happens, celebrating with a Shakespearean expletive your embarkation upon the time-honored craft of engaging the imaginations of others with stories. The struggle itself, with plot, character, dialogue, scene, and an ever-present self-doubt, would be a sort of elongated debut leading to the next zoundsworthy debut, that of writing The End. There are the debuts then of writing the query letter to agents and/or publishers, the debut of sending the novel to strangers—agents or editors—any one of whom can help you celebrate the next debut, that of having a stranger like your novel enough to take a chance on it, either to send it around to publishers or to sell it to a publisher's decision makers, and probably a few more debuts I haven't thought of until finally, perhaps the biggest zounds eruption of them all, when you find yourself holding your first copy in your proud, trembling hands. 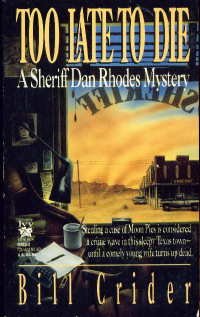 Whether Bill Crider intended his Too Late to Die as the debut of a twenty-book series featuring Sheriff Dan Rhodes, or just a stand-alone mystery, I cannot say. Too Late to Die was not my introduction to the series, as I had started somewhere in the middle. This made the series' first book the more interesting to me because I already knew most of the main characters and felt at home in Blacklin County, where Rhodes is sheriff. Would I notice any difference, in voice or style? Did Rhodes or Blacklin County change? Not that I could tell. I'm guessing you could switch all twenty in the series around like walnut shells in a find-the-pea game and, if I didn't know, I would be hard-pressed to pick the order they were written. I should add that Crider's writing is impeccable, packing much into an understated, authentic voice.
Here's what I mean: as the novel opens, Sheriff Rhodes is talking with the owner of a store that's just been burglarized. It's an election year and Rhodes has stiff competition in his bid for another term. Rhodes figures the store owner, Hod Barrett, probably won't vote for him.

The two men were standing on the cracked gray sidewalk in front of Hod’s store, shaded by a heavy wooden awning. Rhodes looked through the screen doors of the store with their faded Rainbow Bread stencils. He could see some of the old men on the red loafer’s bench by the soft drink cooler lean forward and perk up their ears. One of them spit a stream of snuff into a Styrofoam cup he held in his left hand. Any minute now, they would get up the nerve to walk outside and join in the conversation. Rhodes didn’t want to make a campaign speech, so he changed the subject. “Tell you what, Hod,” he said. “Let’s us go take a look at where the break-in was.” 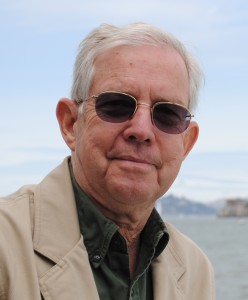 Mayberry set in Texas, that's how Blacklin County comes across to me. There's not as much comedy, but there's some, mainly in the regular characters, two of whom are a couple of old geezers who work for Rhodes—one's the jailer, the other the dispatcher.There's also murder. The young wife of a fellow who works nights is found strangled in their home.The case gets complicated as Rhodes learns that various local men had a habit of stopping by at night to visit the woman, who, they all insisted, merely loved to chat. The investigation gets trickier when two suspects are murdered, one of them while Rhodes is questioning him at the stone quarry where the suspect was fishing.
I liked Too Late to Die a lot. Although I'm usually drawn more to voice and character and atmosphere than I am to plot or action, this novel has a good balance of all these aspects. In a burial scene at the local cemetery Crider masterfully combines comedy and high drama as well as giving Rhodes insight into a couple of suspects. And a chase near the conclusion is as exciting as any I have found in some of the most commercially successful thrillers.
The word “die” in the title and its debut status, and talented writing, are about the only things Megan Abbott's novel has in common with Crider's. Where Too Late to Die has a persistent upbeat feel broken by an occasional harsh downbeat, Die a Little brings a continuing crescendo of suspicion and foreboding. This from the get-go as narrator Lora describes meeting Alice, her future sister-in-law, at the hospital where she and Lora's brother, William, are being treated for minor injuries in a car accident. Alice had caused the accident, and William, a police investigator, was smitten while helping her out of her damaged car. At first, Lora is happy that her brother obviously is taken by the pretty young woman: 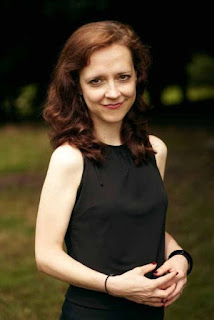 He laughed when he said it, which was how I knew the driver was young and pretty, and troubling and helpless, all of which seemed, suddenly to me, to be just what he wanted, what he had been waiting for all along. It happened just like that. I realized it about him just like that, without ever having thought it before. “Is she all right?” “She had a concussion, but she’s okay. She sprained her wrist trying to break her fall.” He touched his own wrist as he said it, with great delicacy. This gesture confirmed it all.

We already know something's not right, though, before we reach this part early in the first chapter. We feel it at the very beginning, from Lora's wistful tone as she remembers William. The two lived together before Alice entered their lives. Lora taught school:

Later, the things I would think about. Things like this: My brother never wore hats. When we were young, he wouldn’t wear one even to church and my mother and then grandmother would force one on his head. As soon as he could he would tug it off with soft, furtive little boy fingers. They made his head hot, he would say. And he’d palm the hat and run his fingers through his downy blond hair and that would be the end of the hat.
When he began as a patrolman, he had to wear a cap on duty, but it seemed to him far less hot in California than in the South, and he bore up. After he became a junior investigator for the district attorney, he never wore a hat again. People often commented on it, but I was always glad. Seeing his bristly yellow hair, the same as when he was ten years old, it was a reminder that he still belonged to our family, no matter where we’d move or what new people came into our lives.

Lora's misgivings grow to suspicions after William and Alice are married. It's Alice's background that concerns her. Too mysterious, things don't quite add up. Alice said she'd worked as a seamstress for a Hollywood film studio, but also claims to have credentials to teach. She gets a job at the school where Lora teaches, but her promised credentials never arrive at the school. Lora, feeling protective of her brother, begins secretly trying to learn more about his new wife. Her efforts lead her into the dark side of Hollywood where drugs, prostitution, and eventually murder occur. She finds her own innocence slipping away in the corrosive environment.
Her voice is strong and clear, her intelligence a constant to the very end. I'm not ordinarily attracted to dark novels, and I'm not sure why. I've always preferred happy endings, is one reason. Another, I'm wondering, is the danger of being seduced by the dark side along with characters I've come to like who rarely end up the way I would like them to. Die a Little's dark suspense and inevitable end are a credit to the genre. The novel seduced me as I'd feared it would, and I'm glad it did.
[find more Friday's Forgotten Books reviewed at Todd Mason's amazingly eclectic blog:
http://socialistjazz.blogspot.com/]
Posted by Mathew Paust at 6:17 PM