AN ARROW IN FLIGHT – Jane Lebak

Three figures stood on the road with their backs to the sun, but only two cast shadows. Cattle clustered in the distance, their caretakers watching from the slanting shade of the terebinth trees, and even further beyond were sheep with their shepherds. At the crest of the hill before them, birds circled the gates of a walled city where even the land seemed to fall silent. Each mudbrick structure stood washed with flares of sunset that gave a burnt illumination to the little metropolis. . . 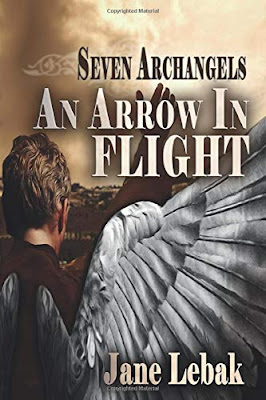 The year is 1415 BC. The three figures are there to determine the fate of the “little metropolis” before them. It is called Sodom. We, of course, know this scenario will not end well for the Sodomites or the residents of its sister city, Gomorrah, as the Bible tells us so. But the many contributors to this historic document, some of whom give us poetic eloquence in their narratives—at least in translation—had not yet acquired the literary craft element of showing instead of merely telling. Jane Lebak takes us back with the hidden camera of her celestial imagination to those BC/CE days, inhabiting biblical characters, mortal and spiritual, with doubts and blunders big and small, joy, unbearable grief, and sometimes annoying little personality traits: a good place to mention the Archangel Gabriel, whom today we would pop-diagnose as “on the spectrum,” for driving everyone crazy with his/her analyses of everything. I repeat, everything. He/she?

Gabriel can be either male or female, perhaps humanity’s first exposure to cross-gender identity. One of the three charged with determining the fate of Sodom, Gabriel appears in human form as woman. She’s with Michael, another of the heavenly inner circle of angels, appearing today as a man. The third figure and fellow inner-circle angel, is Raphael. He remains in spiritual form, fully winged but invisible to humans.

Their mission, should they accept it, is to scout around Sodom looking for people of good character. If they can find at least ten they won’t have to burn the city down, including its population. Evidently this deal was given only to Sodom, although Gomorrah’s fate hung on her sister’s. 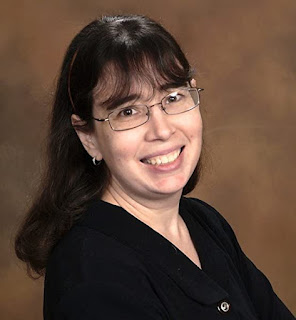 Far as I can tell, having read the Old Testament’s King James translation only once, Lebak sticks to scripture on public details. This was my sense reading An Arrow in Flight. To confirm my hunch l scrolled to the top and read an account of her preparation. As a high school student interested in ecclesiastica she found Gustav Davidson's Dictionary of Angels, and studied it on her lunch breaks. “It was amazing to sort through all the myths and stories.” She credits an article by Geoff Miler in the Catholic Biblical Quarterly: "Raphael the Liar: Angelic Deceit And Testing In The Book Of Tobit." She went to the Prophet Ezekiel (16:49) for a description of Sodom’s sin, which she pluralized with the visible two of her angelic scouts experiencing them personally.

"How did it get this bad?" Michael says as he and Gabriel head into the city, Raphael hovering along behind. "I understood the Flood, but that was everyone. How can only two cities deserve destruction?" He suggests their approach as poor and needy travelers might persuade the Sodomites to respond with compassion “and then we won't have to destroy the city after all."

Gabriel dismisses that possibility: "Your assertion is that it's easy to derail an entrenched self-centered focus. That may not be the case. . .it may no longer be possible here to raise moral children" [felt a chill reading that]. Indeed, the instant they set foot in town young males begin appearing, on rooftops and behind windows. “Gabriel's nose wrinkled. ‘Three men on a rooftop just noticed us. They're obnoxious.’ Michael led her to a shadowed portion of a mudbrick building and looked about the square where four streets intersected. ‘The men left the building top,’ Gabriel whispered. ‘Four men are watching indecently from a ground-floor window.’"

Soon, as if vultures homing in on wounded prey, a small mob of young men move on the two strangers, cornering them in a dead-end alley. Without their angelic powers, Gabriel and Michael are virtually helpless. Raphael is there more as a witness, not permitted to interfere. He can only watch.

"‘Sweetheart,’ said one, coming too near, ‘welcome to Sodom.’ Gabriel shoved the man. Michael drew his knife, but the men rushed him. At the sounds of a fight, Sodomites poured from their houses. As though the original eleven were not too difficult to handle, now two dozen interested onlookers surrounded the fight, laying odds and placing bets.

“At the far end of the alley, Gabriel screamed. Michael lunged for her, but six attackers pressed him back against the wall, and he took a punch to the gut. Four men had Gabriel's arms and legs pinned. Even as they brought her to the ground, she struggled. Above the men's laughter sounded Gabriel's calls for help. Michael pushed forward, but the gang shoved him back against the wall. ‘You're next,’ the closest man said. ‘She's just the appetizer.’ She kicked. Michael twisted. There were just too many. . .” They escape only after Gabriel calls upon help from above, summoning a blinding light that dazzles the punks so deeply they do the zombie shuffle going away. They spend the night at the home of Abraham’s nephew and his family. Name of “Lot.”

Lest you mistake this setup for something from the superhero pages of Marvel, bear in mind the astronomical budget that would be required here just for special effects and to pay the cast of extras. Each resident of Sodom and Gomorrah has a personal guardian angel (as does every star in the firmament, but that is another movie story). Sadly these angels have no direct power, serving only as advisers, the kind that sit on one shoulder trying to turn us from the temptations of demons on the other. For the record, we learn there is an infinite number of unemployed angels, as well. They’re everywhere. Everywhere. Presumably the film version of An Arrow in Flight, should one come to be conceived, could employ digital wizardry to multiply the beatific faces and heavenly wings of what the industry now calls “background.”

O lort, I see I’ve spent the better part of this review on the fate of Sodom and Gomorrah, and haven’t even gotten to the denouement! And it’s only the first episode in the novel! But it sets the stage for the real story: Gabriel’s year-long punishment for having made a small mistake—small by my measure, but. . .well, here’s what happens: Given a much later assignment, hundreds of years after the Sodom/Gomorrah saga, Gabriel must burn the city of Nineveh to the ground. Poor damned Gabriel, instructed to gather fiery coals from the ground and cast them over the city, allows another angel to hand him the coals, which he then scatters over the city. This alone—not picking up the coals himself, as ordered--deeply annoys the power upstairs, who banishes Gabriel to wander the land for a year in human form learning human ways and the importance of strict obedience. During this probationary separation from the heavenly realm, Satan and his multitude of demons constantly appear and hover around Gabriel like gnats on an August afternoon. All Gabriel can do if he—he’s Mr. Gabriel now—finds himself out of his depth is to call for help, that being Michael, who appears instantly to drive off the tempters.

There are adventures ahead for our chastened cherub, and we are along for the ride. The odyssey concludes with a reunion in which Gabriel must keep to himself the memory of having helped an earlier generation of the family. Here it can get a little complex, tightly plotted, with voices shifting from angelic to human and back. I became so rapt I started mouth breathing.

An Arrow in Flight, is the first of a series of books and stories featuring heaven’s seven top archangels. My initiation to the series started at SevenArchangels: Annihilation. Click on that title for my review.