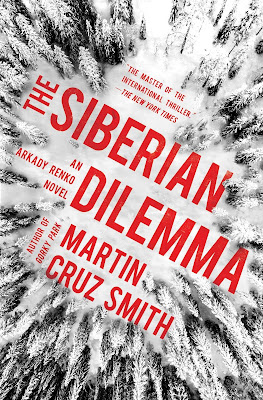 My fears after reading Arkady Renko’s previous adventure have proven unfounded. I’d predicted that Tatiana, #8 in the Russian crime series featuring the intrepid “investigator of special cases,” would mark Renko’s valediction. Soon after I wrote those words I learned his creator, Martin Cruz Smith, was working on yet another episode, giving me a sliver of hope my forecast had been wrong. Had I Renko’s fortitude, stamina, and seemingly unlimited regenerative powers, I might have held my breath. But I knew he carried a bullet in his brain that could kill him instantly without warning, and considering the beatings, stabbings, being locked in a freezer and the exposure to lethal radiation he’d survived since we first met him in Gorky Park, the law of probability had to have his number in sight. At some point I would have no choice but bid him goodbye.


Well, it’s not this time. Not in #9, The Siberian Dilemma. That’s not to say he doesn’t have another close call. This time it’s being mauled by a bear on a Siberian tundra.


“‘Play dead or be dead,’ he recalls his father telling him as a youngster. ‘Lie flat on your stomach to protect your vital organs. Lace your hands over the back of your neck to cover the arteries there.’ It was a long time since Arkady had felt any reason to be thankful to his father. He rolled onto his stomach and covered his neck as instructed. The bear turned Arkady over. It mauled him and shook him like a rag doll. Play dead or be dead. Pain dug deep within him as if he was being torn from the inside out. Yellow teeth took his parka and flesh down to the bone of his arm, and he felt his right hand go numb and limp. The bear redoubled his attack, picking Arkady up, swinging him left and right, and dropping him. He tore the skin off part of Arkady’s forehead. Arkady heard the huffing and snuffling and smelled the rot of his breath. The bear wouldn’t quit. Arkady played dead. There was nothing else he could do. Eventually the beast would give up and leave him alone...” 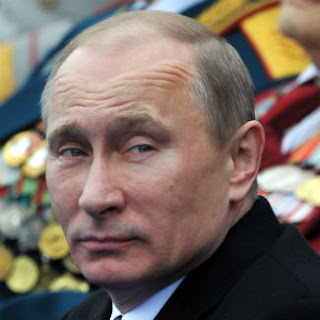 It would be reasonable at this point to wonder how it is that a Moscow police investigator finds himself on a Siberian tundra being mauled within inches of his life by a very hungry brown bear. The answer, of course, is another of the complicated plots enmeshing the aging Renko, who remains at odds with his boss and who can never seem to resist tugging the capes of very powerful gangsters despite the virtual immunity they’ve attained from their friendship with Russia’s head gangster. In The Siberian Dilemma this would be Vladimir Putin, with the title “president,” and private properties including “ocean-cruising yachts...four estates with swimming pools, horse stables, tennis courts, and cascading waterfalls...and one with a separate house for ducks.


“In this manner, corruption was quantified and understood.” And sounds rather familiar to some of us, as well.


Renko’s mission to Irkutsk, known as the Paris of Siberia, is twofold. One is official and the other private. Zurin, the Moscow prosecutor who shares a mutual dislike with Renko, has ordered him to interrogate a prisoner who’s being held in a prison there charged with trying to kill Zurin himself. Renko’s private reason is to find his lover, Tatiana Petrovna, the fearless investigative reporter who slipped off to Irkutsk to interview one of the gangster oligarchs who has announced his intention to seek Putin’s job in the next national election.


“Anyone who challenges the Kremlin runs the risk of being murdered,” Tatiana’s boss, Sergei Obolensky, publisher of the news magazine Russia Now, tells Renko. If Tatiana’s with the oligarch then she, too, is a target, Renko know. He’s worried because she did not returned to Moscow when expected, and Renko has no way to communicate with her.


The ensemble cast includes Victor Orlof, Renko’s alcoholic detective/sidekick, who’s in the drunk tank when Renko leaves for Siberia. “They were partners in a peculiar business and he had come to count on Victor for what he felt was half his intelligence and most of his wit. Suddenly he had no one to take Victor’s place.” But a new sidekick kicks in by coincidence on the flight to Irkutsk. Rinchin Bolot, a friendly Irkutskian who introduces himself as a “factotum,” or man of many talents for hire. Renko hires him, making me a little nervous because for all we know Bolot is really working for someone else—Zurin the prosecutor or one of the two oligarchs who own most of Siberia. One of them is the man seeking to unseat Putin.


Also back in Moscow is Zhenya Zurin, the orphan chess-wiz Renko had befriended as a child and then mentored him as he might an adopted son. A threat of Zhenya’s “disappearing” is used to pressure Renko once he’s in Irkutsk and is given an extra-curricular “assignment.”


As to his own safety, Renko uses a line we’ve heard from him before, this time when Victor’s sister tells him how impressed she is that he stood his ground when an angry bear charged at him in the zoo she directs. Someone had released the bear and its mate, and Renko disabled it with a gun that fired narcotic cartridges. It was, she says, “As if you didn’t care.”


His response, which relates to the bullet lodged in his brain, “That’s my secret weapon.”


Recovering from his mauling in Siberia, the prospect of death occupies his mind with more perspective. “Arkady had never wondered or worried too much about his legacy, such as it was.” we are told. “He had never felt the need to leave his mark on the world, either through achievement or progeny.


“There were those who’d be sorry to see him gone and those who’d be delighted. Given the identity of those in both camps, the latter was, in its own way, as much a compliment as the former.”


The book’s title appears as a riddle regarding a person’s choices when either of two options will almost surely be fatal. In explaining it, Renko uses the analogy of a man who falls through the ice on a lake. “If he pulls himself out of the water onto the ice, he’ll freeze to death in seconds, a minute at most. If he stays in the water, he’ll die of hypothermia in five…


“The lesson is it’s better to take action than be passive...better to fight than to surrender, even if you know you’re going to die.”


As usual in the Renko series I found the setting to be ferociously realistic. This authenticity, I learned at the end of The Siberian Dilemma, did not come from reading travel guides. In his acknowledgments the author tells us how he prepared for this Renko adventure.

He thanks Luisa Smith, “my invaluable travel companion with a magic camera...Don Sanders for his help in making the Siberian trip happen...Arkady Persov from Irkutsk generously entertained us while showing us his city and the natural wonders of Lake Baikal...Lyuba Vinogradova has been my brilliant translator and research assistant for more than twenty years. She traveled from Mozambique to Siberia to be part of the team. Finally, there is Andrew Nurnberg, my loyal friend and agent for almost forty years. He has traveled with me on research trips to Siberia, Moscow, Tver, Berlin, and Havana and always kept his sense of humor. These friends buoy me up and keep me on my feet.


And let me add my gratitude, as well.