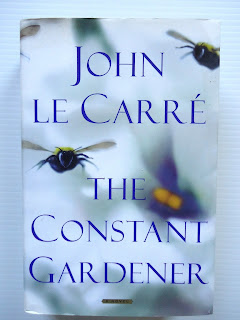 It was soon into chapter seven I first felt the thrilling tickle reminding me of that scene in the film version of The Wizard of Oz when Dorothy steps through the door into a world of brilliant color, leaving behind the sepia Kansas of her home. The equivalent sensation in Tbe Constant Gardener arrived when the story became Justin Quayle’s, ditching the jaded, guilt-ridden point of view of Sandy Woodrow, Quayle’s boss in the Chancery section of Kenya’s British Embassy. From then on it grows into a meticulous, complicated exposé of lethal greed, harrowing suspense, a deeply tragic love story, and an intimidating exhibition of startlingly good writing.


Unlike the Wizard’s contrast with its abrupt shift from drab to splendor, the move from Woodrow’s cramped, self-serving outlook to Quayle’s awakening is incremental. It opens like the bud of a rose gradually spreading its petals to full bloom. Both parts of Constant Gardener’s story—thorny stem and lush blossom--sprout from the same portentous seed: the murder of Tessa, Quayle’s beautiful, flirtatious wife. Woodrow himself unwittingly foreshadows this divide, thinking as he’s about to inform Quayle of Tessa’s fate, “From now until the end of your days there will be before this moment and after it and they will be separate ages for you, just as they are for me.” 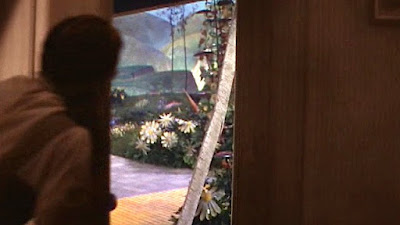 Scotland Yard investigators grill both Woodrow and Quayle trying to establish a motive for the murder, making it obvious they think it was related to the apparent Tessa/Bluhm romance. The cops’ suspicion at first centers on Quayle with the suggestion he hired someone to kill his unfaithful wife. She was found, her throat slit, in the overturned vehicle she and Bluhm had borrowed. The driver’d been decapitated. Bluhm was nowhere to be found. The second theory was that Bluhm had murdered Tessa and the driver, and fled. Bluhm’s supposed motive was that the romance had somehow soured. Quayle sets that presumption straight, if only for the reader: appearances to the contrary—she was half his age, had an independent spirit and was a notorious flirt--there was no illicit romance with anyone. Quayle and his wife were devoted to each other. Tessa and Bluhm worked to help people living in poverty, their relationship strictly professional.


To protect her husband in his sensitive job, Tessa and Quayle agreed that she should keep her activities from him. Quayle begins to regret this arrangement when he starts looking into her death, as evidence mounts she’d been investigating a giant pharmaceutical conglomerate using Kenya’s underclass as guinea pigs for an unproven and potentially fatal tuberculosis drug. A lawyer, she’d been documenting deliberate falsification of test results and deaths attributed to the drug.


He mourns by taking “one huge plunge into the heart of her secret world; to recognize each signpost and milestone along her journey; to extinguish his own identity and revive hers; to kill Justin, and bring Tessa back to life."


Reflecting during this quest he gives us an intimate view of their unusual relationship. She was an idealist; he’s a sophisticated pessimist. He knew the danger when he found himself falling in love with her, fearing the implications of getting involved with someone “who, though delightfully uninhibited in many ways, was unable to cross the road without first taking a moral view.” Tessa, he told himself, “was that rarest thing: a lawyer who believes in justice.”


Yet the marriage worked. “For much of the journey,” he reminds himself, “Tessa had ridden alongside him, and now and then they had shared a good joke together—usually after some deflating and irrelevant comment of Tessa’s, delivered sotto voce. Other times, they had reminisced, shoulder to shoulder, heads back and eyes closed like an old couple...the pain of grief overtook him like a cancer he had known all the time was there.”


Quayle sets out to learn what Tessa had found, and to pick up where she’d left off. His investigation takes him to England and Switzerland and back to Africa, eventually to confront principals in the lethal marketing scheme. He’s aided by documents Tessa had kept from him and by allies who had helped her in her own investigation. Among the documents she’d saved were anonymous death threats warning her to stop probing into the Swiss-based company. As his probe deepens, Quayle receives the same threats and suffers a severe beating by anonymous thugs he knows were sent by the targets of his investigation. His most disheartening finding was that Tessa had compiled her evidence in a report she’d given to Woodrow, who’d forwarded it to his boss in London, who ignored it. 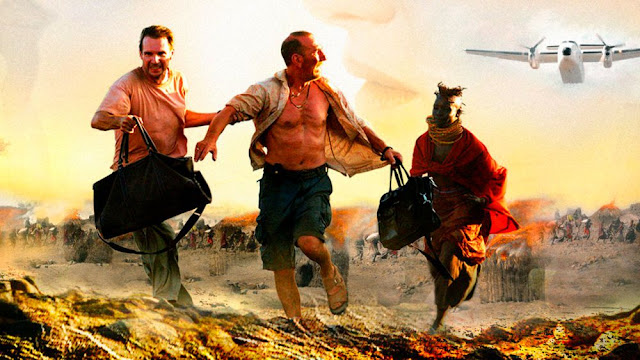 The ending surprised me, and I won’t say any more about it for fear of giving it away. I saw the award-winning film adaptation years ago, and remembered very little of it when I started the book. I still don’t recall how the movie ended, but the book’s version caught me off guard, even as I foresaw it intuitively.