Tony Hillerman published a dozen of his seventeen novels before he got that very first one written. At first he was too busy as a United Press writer to get beyond the first chapter. "It wasn’t a job that allowed time for relaxing," he wrote in his memoir, Seldom Disappointed, "but anyone who grew up as a daydreamer always finds time to let his imagination take him away. In my case to Stanleyville, the gem city of the Belgian Congo, which was going to be the setting of the great novel I was planning. Even the names are forgotten now, but at mid-century the city and the country were paying the awful price of generations of brutal Belgian colonial exploitation." 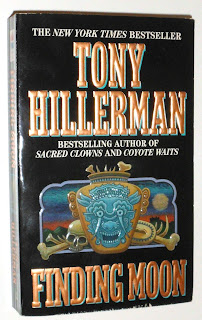 The ideal setting, he said, for the novel he planned to "test the soul" of his protagonist. "But not now. No time now except to compose scenes in my mind as I trotted back to the bureau from the governor’s office or drove home from work. I wrote one first chapter— my hero standing in the lobby of a posh Stanleyville hotel watching shooting and looting along the boulevard. That’s as far as it went. Neither time nor skill to do it, but lots of talking about it, making Marie [his bride] very aware that I yearned to be a novelist."
He became one, as we know, learning the craft, stretching his imagination, and winning awards and best-selling status with his Navajo Tribal Police series. Meanwhile, although the idea of the Stanleyville tale refused to die, the Belgian Congo did, disappearing “from maps and from memories.
Fortunately for the story, if not necessarily our species, “humanity never fails to provide killing fields." So when he finally gave in to the urge to tackle that long-marinating concept the plot had to be moved to Southeast Asia. He named his soul-jeopardized protagonist Carl “Moon” Mathias after a friend and respected squad leader who'd served with him in a WWII combat infantry outfit. The result was Finding Moon, "the closest I have come," he said, "to writing a book that satisfied me." 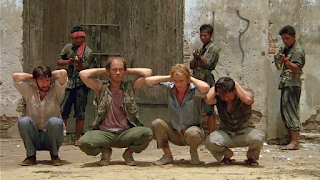 Yet, despite his success with the mystery series Moon was a hard sell. “I talked to my agent and editor about it and detected no enthusiasm,” he wrote in the memoir. “The two things you want to avoid on the cover of a book are the picture of a spider or anything about Vietnam, which we were trying to forget. My own common sense told me they were right. It would be stupid to stop writing Navajo tribal police mysteries, sales of which were soaring, to turn out a book nobody wants. But the idea was fully revived now.” So he wrote the book.
As promised, Moon Mathias’s soul is tested, severely, soon after we meet him as a self-described “third-rate managing editor on a third-rate newspaper” in a small Colorado town. His younger brother has just been killed in a helicopter crash in Cambodia, near the Vietnam border. Moon learns his brother fathered a daughter while operating his air transport business in Vietnam. It’s the last days of the war there and pandemonium reigns. He must try to find the toddler and bring her to safety.
Seems simple enough, especially plot-wise, as there’s no mysterious crime for police to figure out and solve. Mysteries there are, but of a more straightforward kind. Where’s the little girl? Can Moon find her and get her out of danger without being captured or killed? Then there’s the deeper mystery that burns in Moon’s head: a tormenting conscience and a regret he’s carried since boyhood of failing his mother. He loved his younger brother but had not known of the child and has no compelling sentiment in her regard. He’s going in place of his mother, who had a heart attack at the airport awaiting her flight to the Philippines. She’s in a hospital when Moon takes her seat on the plane.
To scout the location, so different from the cliffs and canyons where his mysteries are set, the author had to go to Southeast Asia. Unable to get visas for Vietnam or Cambodia, Hillerman went instead to the Philippines. He started taking notes on the flight to Manila, recording material he fed straight to the novel. This included a two-masted sailing ship viewed from the air that became, name and all, Moon’s conveyance from Manila some eight hundred miles across the South China Sea to the mouth of the Mekong River. His male seatmate on the flight, an exporter of bamboo blowguns, became Moon’s female love interest, herself a blowgun exporter. Hillerman’s meticulous notes describe in detail the Philippine countryside, the streets and buildings of Manila, and the prison where Moon visits a supporting character, a pilot who’d worked for his brother’s helicopter transport company.
In his memoir, Hillerman wrote that the evening before flying home he took a long walk along the Manila waterfront, “collecting sounds, smells, and images, including that of a cockroach migration that flows down the sidewalk toward my feet like a flood of black water. I spend an hour in a casino, with soldiers armed with automatic rifles guarding the door and an all-male mix of Japanese and locals, silent and grim, playing blackjack and roulette.
“Then more of my good luck. Rain drives me into the empty cathedral, and while I wait in the darkness for the squall to pass, the candles, the smell of incense, lead me to imagine the scene that was the key to making Finding Moon work. Moon becomes a lapsed Catholic. I have him waiting out the rain in the cathedral, ducking into an empty confessional booth where he hasn’t been since boyhood, remembering the prescribed introductory prayer for forgiveness. Reciting it, he finds a young priest has been sitting behind the screen, quietly waiting for penitents. It’s been about fifteen years since I wrote that chapter, and I still remember it as one of those rare and joyful moments when you know you’re writing well.” 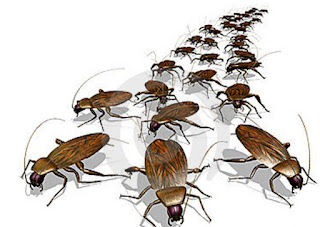 The book came out in 1995. It was, said Hillerman, “closest to my heart, but not to those of editor, publisher, and many of my readers. Peter Thorpe, the talented jacket designer of my Navajo police books, did a beauty for this one—painting a moon rising over Cambodian mountains with the figure of a man outlined against its face. I got an early look and endorsed it, whereupon it was redesigned to fit more into the pattern of my previous books—the sort of development that reminds writers of their place in the publishing world.”
I’ve read Finding Moon twice now, and I like it. A lot, athough it is quite different from the Navajo police mysteries. I like those novels a lot, too. Almost as if two different authors were at work. 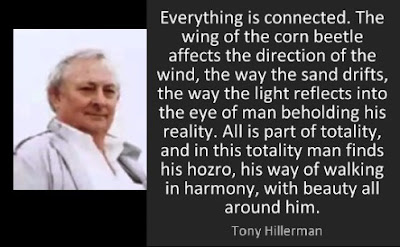