I might never have read the startlingly good short novel The Dig had a poet friend whose eclectic tastes I respect but don’t always share not recommended it. I still might not have read it had she spoken in the same breath—as well she might have--“Cormac McCarthy”, a name that has irritated me ever since I read enough of Blood Meridian to hear in the author’s self-consciously poetic voice an unmistakable celebration of cynicism that made me want to dash a glass of cheap beer in what I imagined to be his smug face. 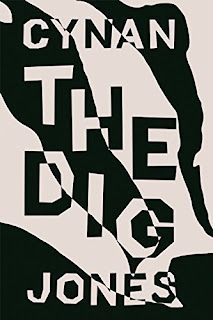 It didn’t help to know of his brilliant success, which for me elevates nothing more than my ordinarily healthy blood pressure. Had I a lawn and saw him on it I’d grab my 12-gauge and order him off. But enough of him whom I would name only a pet vulture after. We’re here to talk about The Dig. Despite critics comparing its writing to that of the aforementioned vulture’s namesake, I would read anything Cynan Jones wrote.

This young Welsh author seduced me at The Dig’s get-go. I came near to short-circuiting my laptop with drool (that’s hyperbole, for which I apologize, recognizing the need to calm down a tad before my blog administrator pulls the plug on this report). Jones seduced me even before I reached the following description, which some reviewers cite in their comparison with...the other:


He was a gruff and big man and when he got from the van it lifted and relaxed like a child relieved of the momentary fear of being hit. Where he went he brought a sense of harmfulness and it was as if this was known even by the inanimate things about him. They feared him somehow.
He opened the back of the van and the wire inside the window clattered and he reached for the sack and dropped the badger out. He spat into the dirty tarmac beside it.
The dogs had pulled the front of its face off and its nose hung loose and bloodied, hanging from a sock of skin. It hung off the badger like a separate animal.
Ag, he thought. The crows will sort that.


Were The Dig to continue in this vein, with “the big man” (we’re never given a name) carrying the entire weight in a saga of cruel, earthy brutality, the polite faint praise I’d have felt compelled to offer likely would have strained my friendship with the poet (one avoids outright dishonesty in literary relationships of this nature, and snarling or shouting discourse is unthinkable except perhaps when either or both parties are hearing impaired). It was our good fortune the other weight-bearing character is farmer Daniel, a decent fellow mourning the violent death of his wife, obviating any need to ponder those scenarios. 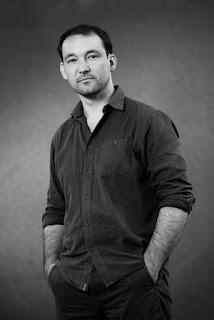 TBM and Daniel live near each other in a rural Welsh community, but they apparently have never met. Yet their lives, different as can be, appear on a collision course. Both men live alone, although Daniel feels a constant presence of the wife he lost recently when a horse kicked her head. TBM makes his living with his dogs, exterminating rats for farmers by day, and, by night, illegally digging up badgers from their burrows to sell to gamblers who pit them against dogs. We find Daniel birthing lambs by hand, an exhausting and occasionally heartbreaking job especially with the ever-present grief for his wife.
Scouting the countryside with his map of badger “setts” (burrows), TBM sees Daniel’s farm as a good prospect for his next dig:


The first sett he had in mind was too close to outbuildings with men and dogs he did not know. This might be the place.
He’s weak, the big man thought. He’s weak and he is a farmer by himself. He will be occupied. News spread out here, soaked out, and he knew about the loss of Daniel’s wife and why he was at the graveyard. He’s trying to get through on his own.
He knew the setts locally and knew that this sett was relatively distant from the house of the farm. It was walkable from his own place. It’s the one, he said to himself. A man on his own, what can he do?


It’s a setup crying out for the Peckinpah treatment: Borgnine as TBM, of course, and Hoffman as Daniel with Eva Marie Saint in the ghostly flashbacks. Alas, Rin Tin Tin and Lassie are obliged to sit this one out.
Facetious again, a tic I’ve acquired to protect my manly cover sometimes in the presence of beauty and elegance. The writing, oh, the writing, the story. The setting. Hemingway came immediately to mind as I marveled at the spare perfection of Jones’s word choices and his pacing and tone. Then I started thinking. Much of Hemingway’s pared-down prose and structure betray a studied dramatic air. In its time, this was new and different and it dazzled. Today it stands out a tad threadbare.
None of that in The Dig. It’s simple reality, stark naked humanity, this alone.