Can Amazon Find the Jewels in its Kindle Scout Slush Pile?

[Disclaimer: As a Kindle Scout “loser” my opinions are without question a tad subjective, although I've sensed a familiar air of disenchantment among fellow scriveners.]
Business genius Jeff Bezos has been a godsend to bookselling, no matter how eloquent the grumbling oldtimers with their tales of good times past or snarky the ho hum youngsters with “better” ideas in mind. 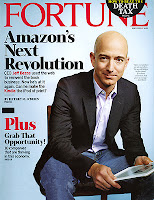 Amazon's publishing arm has opened the door for hordes of new authors to market their words worldwide with little or no money down and no hands in the middle grabbing a piece of the profits.
One of the more interesting of its innovations is the digital slush pile. In a handful of minutes, without so much as the cost of postage, an unknown author can upload a future bestseller over Amazon's electronic transom for a chance at being read by a real editor, hopefully one with literary chops as well as marketing savvy.
There have been two versions of this slush pile. The first, called Amazon Breakthrough Novel Award, lasted seven years until Kindle Scout succeeded it a year ago. I've flunked out of both. Each, as I saw them, had merits and disadvantages.
ABNA, as we contenders called it, was an annual affair in which authors could enter novels they'd already published. There were four rounds. Elimination in Round 1, based solely on the novel's “pitch”, was the equivalent of having your traditionally slush piled manuscript rejected because its envelope smelled funny or was addressed to “Editer.” Entries were weeded out through subsequent rounds based on excerpts from the actual novels. At one point Amazon customers were invited to vote on the excerpts. The entry that remained standing after months of secret weeding and winnowing won a publishing contract with a significant cash advance.
Kindle Scout starts right out with the customers, who are invited to vote for contenders from those whose covers, pitches and excerpts are posted on the site. Voters are told they will win a free download of whichever three books they “nominate” should Amazon choose them to publish as ebooks. An advantage Kindle Scout has over ABNA is that it's year-round. Entries stay on the site for 30 days of voting. I had been gearing up to enter ABNA for a second try when I learned it was ending, so I jumped right into the new slush pile. Amazon touted it as “reader-powered publishing.” Media sites called it “crowdsourced publishing.” Aha, thought I, having attained a certain comfort level with social media.


Near to wore my fingers out tapping the keyboard emailing friends, the rels, and acquaintances, working Facebook and Twitter. My entry quickly gained a sparkling “hot and trending” button. Heartbeat quickened. I kept the pressure on, possibly losing friends along the way. I checked the site first thing every morning. A couple of mornings, to my horror, the “hot and trending” button was gone. I dug deep and came up with more acquaintances to risk losing. Out went the emails. The gleaming button came back, then a day or so later it left again, then back after more Twittering and Facebook begging. The last several days of my 30-day stretch the magic button stayed gone no matter how desperately clever my social huckstering. That's when the skeptical seeds sprouted.

Not gonna say it was paranoia. Not gonna say Amazon rigged the “hot and trending” button. Not gonna. Wouldn't be prudent. But...I did start rationalizing. What if the anonymous Amazon experts, to get a head start on the pile, pick the books right off the bat they deem most marketable? Mine is not among them. Yet, they see I'm busting my buns, getting the votes. They jig their computer to keep me on the hook, playing the button-no-button game to spur me on with my Tweeting and emailing, Facebooking, trudging door-to-door with the Girl Scout cookie carton... Clearly the really big bonus this voting business gives Amazon is a whole bunch of new accounts. Because only people who have Amazon accounts can vote.
Changes have since been made. A recent look at the Kindle Scout site explains that now “authors” can “get visibility into the performance of [their campaigns] on a daily basis with stats such as total hours spent visible on our Hot & Trending list, page views, [and] external traffic sources.”
Would I do it again? I don't know. For sure not with my newly finished latest novel. It's too soon. I'd risk losing more friends were I to start bombarding them all over again. Besides, I've also learned that being “hot and trending” isn't all it seemed cracked up to be. We (me and my novel) could have had the gleaming button all the way through the 30-day campaign and still been rejected. There are no guarantees. It's in the fine print I must have missed last time, distracted, I suppose, by the “reader-powered” implications of the up-front come-on. Amazon's secret deciders have their own criteria, guided, they insist, by the “reader-powered” input, but also most assuredly by secret algorithmically interpreted reader trends.
Or was it my cover?
I learned only recently that although of course a book must never be judged by its cover, without a “stellar” cover it just might not get judged at all. I'm well aware of the magnetic attraction artistic graphics can have on a soul. How a really fine, professionally designed book cover coos to be ogled, touched, sniffed, and ultimately flipped open and then closed and flipped back open, back and forth, admired again and again and again. I know also covers of this quality do not come cheap. Nor should they. I've spent over a hundred bucks for a halfway decent cover, and I've designed my own. I kinda like the ones I've done myself, despite sensing they are pathetic compared with those in the stellar class. The question I'm inching toward here is this: should a book's cover be part of the submission process? Are not dedicated editors more immune to bells and whistles than the average customer? Shouldn't covers be done by a publisher's marketing department? I can see where a stellar cover can help garner votes in a Kindle Scout campaign, but if “reader-powered” nominations can mean only a tad more than diddly squat in the final count, then what the hey?
Amazon has proven abundantly it can throw its behemoth weight around in the publishing game, move product, get the clicks. It seems to me Bezos's marketing empire is now ready to take the next step, into a truly rarified atmosphere. Were I Bezos I might find it the perfect challenge to grab for Amazon a cachet of the same exaltation as the major national newspaper I owned. I can even see myself feet up on Ben Bradlee's old desk scaring hell out of politicians, manipulating worldly power issues, and now having authors my own people discovered and groomed copping national book awards. Hell, the Nobel! Authors praised or even ridiculed by Michiko Kakutani, lauded on NPR by Maureen Corrigan, and scheduling interviews with Charlie Rose.

What must I do then to jumpstart this dream of literary legitimacy? Not much, really. I'd start by banishing stellar covers from Kindle Scout campaigns. This would give talented destitute writers an even chance. Plain generic cover templates would represent each title on the gaming site. I'd have to pay a pretty penny to have premium editors evaluate the entries, but whatever the cost to get Max Perkins-level insight would be chump change--I'm Jeff Bezos, remember, and true merit is what I seek. And when my eminent editors found those gems all agents and editors in publishing swear they're looking for, I'd sign the authors to competitive contracts, and promote their books in all the right places.
Turn that slush pile into a mine of diamonds.
Posted by Mathew Paust at 10:43 AM