I instantly disliked Harlan Ellison when I first met him, two weeks ago. He struck me as the type of guy I've run into over the years who is smart as a whip and lives on his wits. The type of guy who picks fights in bars—or anywhere—because he knows he can cow most opponents without having to throw a punch. He does this because he's learned he can take a punch if necessary, and can handle getting the crap kicked out of him if it comes to that, without letting go of his quick, cocky mouth. Being relatively slow-witted myself, and nonviolent as default, I try to avoid guys like this. 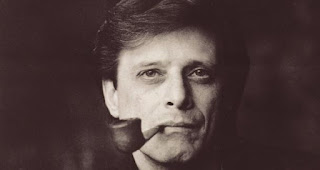 I'm pretty good at spotting them in a crowd, as they tend to be smaller than average in stature. That's the first clue. If they're louder than those around them, their voices penetrating and persistent, eyes assertive, roaming...the aversion I feel is proof positive. Mere awareness of their presence at, say, a party, sullies the convivial ambience I'd anticipated. Thus my introduction to Harlan Ellison, by way of the cover photo on the book I bought two weeks ago. I did not look closely at the photo when I clicked the download button. It was the title that sold me: The Beast That Shouted Love to the Heart of the World


Well, I've read the title story twice now, and I still don't get it. I wouldn't admit this so forthrightly, considering the story won a Hugo—and who am I to argue with Uncle Hugo—but I did some checking around and it seems nobody gets it. Beast, that is. The blogger “funkyturtle” says, “I do not understand this story. I see many things that it is doing. I have Googled and found all manner of commentary on how awesome it is. But no one has explained it. I am very, very tempted to start thinking the emperor has no clothes--but this story was written by Harlan Ellison. He is a god. The emperor has clothes. I'm just not getting it.” 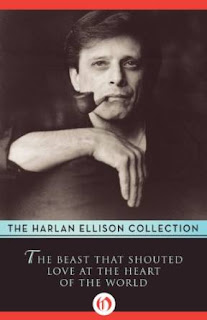 I might have said precisely the same thing, except the “god” part. I'm not quite there yet. I have picked up quite a bit in recent days. I've gotten past my aversion for the cocky little punk (more on that a tad later—for the record, he most definitely is, proudly, a cocky little punk). Having read only two of his stories—one of them twice—and his amazing introduction to Beast (the story collection), I am in awe of his craftsmanship. His writing is brilliantly pyrotechnic, his intellect is frightening, and his imagination is so far off the charts that neither Nature nor Man is apt to come up with a hallucinogen which in anyone else could approach Ellison's mind in sheer untouchable audacity.
Okay, I hope this is sufficient groveling to obviate even a remote chance of Ellison reading this and shipping to me, postage due of course, 213 bricks, as he reputedly did to a publisher who offended him, most likely deserving every last brick plus the dead gopher that arrived shortly thereafter via fourth-class mail.
There have been lawsuits and public grievances. There was this, cited in Wikipedia: “In the 1980s, Ellison allegedly publicly assaulted author and critic Charles Platt at the Nebula Awards banquet. Platt did not pursue legal action against Ellison, and the two men later signed a 'non-aggression pact,' promising never to discuss the incident again nor to have any contact with one another. Platt claims that Ellison has often publicly boasted about the incident.” 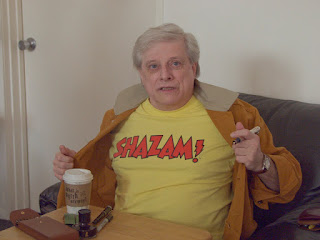 But the mother of all public incidents involving the brilliant cocky little punk is preserved in what Esquire editors proclaimed in the magazine's 70th anniversary edition as the “Best Story Esquire Ever Published.” The story, a landmark celebrity profile by Gay Talese that ran in Esquire's April 1966 edition, was called “Frank Sinatra Has a Cold.” Because this incident redeems and exalts Ellison with absolution in my eyes, I'm excerpting here the entire section involving the brief exchange of words between The Author and The Chairman of the Board. The scene is a private club in Beverly Hills. A bunch of guys are playing pool. One is future Baseball Hall of Famer Leo Durocher. Another is up-and-coming writer Harlan Ellison. I'll let Talese take it from here:
It was obvious from the way Sinatra looked at these people in the poolroom that they were not his style, but he leaned back against a high stool that was against the wall, holding his drink in his right hand, and said nothing, just watched Durocher slam the billiard balls back and forth. The younger men in the room, accustomed to seeing Sinatra at this club, treated him without deference, although they said nothing offensive. They were a cool young group, very California-cool and casual, and one of the coolest seemed to be a little guy, very quick of movement, who had a sharp profile, pale blue eyes, blondish hair, and squared eyeglasses. He wore a pair of brown corduroy slacks, a green shaggy-dog Shetland sweater, a tan suede jacket, and Game Warden boots, for which he had recently paid $60.

Frank Sinatra, leaning against the stool, sniffling a bit from his cold, could not take his eyes off the Game Warden boots. Once, after gazing at them for a few moments, he turned away; but now he was focused on them again. The owner of the boots, who was just standing in them watching the pool game, was named Harlan Ellison, a writer who had just completed work on a screenplay, The Oscar.

Finally Sinatra could not contain himself.

“Hey," he yelled in his slightly harsh voice that still had a soft, sharp edge. "Those Italian boots?"

"Are they English boots?"

"Look, I donno, man," Ellison shot back, frowning at Sinatra, then turning away again.

Now the poolroom was suddenly silent. Leo Durocher who had been poised behind his cue stick and was bent low just froze in that position for a second. Nobody moved. Then Sinatra moved away from the stool and walked with that slow, arrogant swagger of his toward Ellison, the hard tap of Sinatra's shoes the only sound in the room. Then, looking down at Ellison with a slightly raised eyebrow and a tricky little smile, Sinatra asked: "You expecting a storm?"

Harlan Ellison moved a step to the side. "Look, is there any reason why you're talking to me?"

"I don't like the way you're dressed," Sinatra said.

"Hate to shake you up," Ellison said, "but I dress to suit myself."

Now there was some rumbling in the room, and somebody said, "Com'on, Harlan, let's get out of here," and Leo Durocher made his pool shot and said, "Yeah, com'on."But Ellison stood his ground.

"No, no, he's not," another young man quickly yelled from across the table. "He wrote The Oscar."

"That's strange," Ellison said, "because they haven't even released it yet."

Now Brad Dexter, very anxious, very big opposite the small figure of Ellison, said, "Com'on, kid, I don't want you in this room."

Dexter was confused. Then his whole attitude changed, and his voice went soft and he said to Ellison, almost with a plea, "Why do you persist in tormenting me?"

The whole scene was becoming ridiculous, and it seemed that Sinatra was only half-serious, perhaps just reacting out of sheer boredom or inner despair; at any rate, after a few more exchanges Harlan Ellison left the room.
All the more impressive, Ellison's cool handling of himself in this scene, considering he was on The Chairman's turf with The Chairman's goons at The Chairman's beck and call. Had The Chairman only known how different the sordid scenario might have turned out had the cocky little punk brought along his own goons. 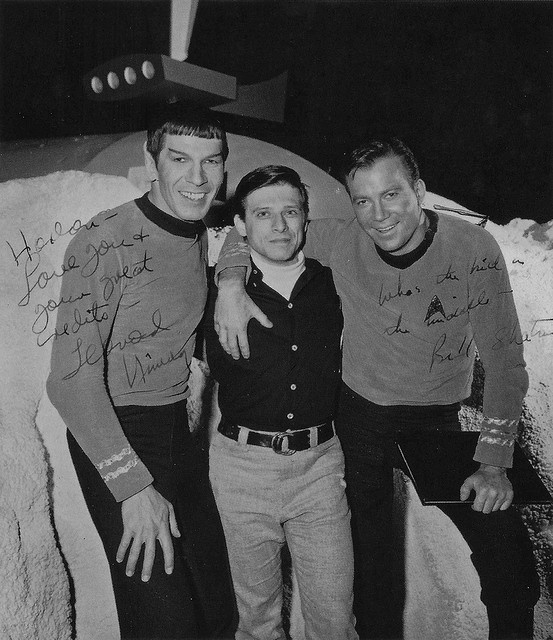