Riders on the Storm

I will miss Sam McCain. He's the lawyer/detective who thinks he's Robert Ryan. Word on the street is that Riders on the Storm will be his final adventure solving murders in his Iowa hometown. If this is true I don't know what I shall do, because after accompanying him through all ten of his adventures I've begun to think I'm Sam McCain.
Perfectly understandable, I think, identifying with this small-town hero, considering that I grew up in a Midwest town about the same size and character as Black River Falls. And I grew up in my town about the same time Sam does in his. The voice is nice, too. Sam narrates these cases, and by George if he doesn't sound a lot like me!


I don't get the impression Sam wrote these books from today's perspective, either, trying to recall what happened way back when. They're fresh, as if he put the words down on real typewriter paper shortly after they happened. I can only assume novelist Ed Gorman, whose name appears on the covers, found a cache of manuscripts stashed in some dusty rolltop desk in an antique store and has simply been feeding them into a modern digital word-processing thingamajig. Either that or he is really Sam McCain. It can get confusing trying to figure all this out, just as it gets confusing for Sam trying to figure out who the killer is without getting killed himself.
You see, one of the reasons I like Sam so much I sometimes think I'm him is that he doesn't pretend to be a hero. In fact he gets embarrassed with all the attention showered on him when he does happen to act heroically, which occurs at least once in every single case. He sometimes carries his dad's old .45 but I'm not sure he's ever fired it. He gets shot, twice, in Riders on the Storm. I shouldn't say any more about that, however, especially whether he makes it or not. After all, I've already leaked the rumors that this manuscript is the last one in Gorman's stash. 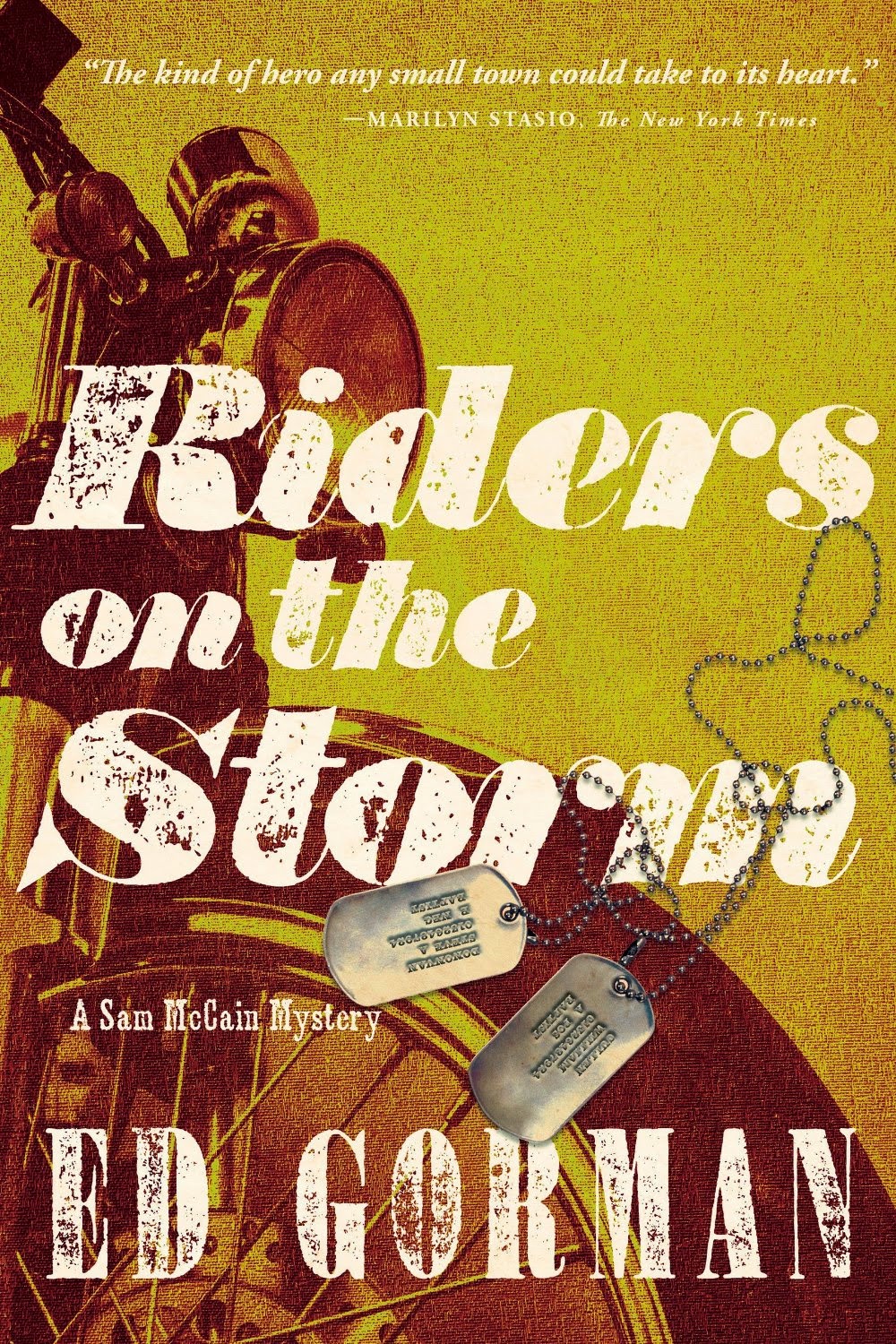 This is not to say there isn't another one or two that might have fallen behind the drawer in that dusty rolltop. Even if Sam buys it (as detectives said back then) in this one the stories need not be read in sequence. Each can stand on its own. Should Gorman find another one or two nothing really would be lost.
I read them all out of order. The first in the series, The Day the Music Died, I devoured after reading three or four of the others. I started with the third, Will You Still Love Me Tomorrow?, which takes place in 1959. You might be catching the drift here that the title of each story pinpoints the year it took place. Your catch would be right on the money. And it's not just the titles. The novels are chock full of real history. Will You Still Love Me Tomorrow?, for example, opens with Soviet Premier Nikita Krushchev's famous visit to Roswell Garst's Iowa farm.
Your kids tell you their American history class is boring them to death? Get them the Sam McCain history series. They'll ace the exam for the period 1959-71, and be the life of any Rock-n-Roll theme party to boot.
For regular McCain readers, Riders on the Storm has a somberer tone than the others, and that's even before Sam gets shot. It's set right smack amid the Vietnam War malaise. Sam and his friends, the whole town of Black River Falls—in fact the entire country—all are torn asunder by a war it seems only the politicians and those who make money off of war really want. A sad time. And Sam gets shot. Will he live to ride again? To write again?
Or will we have to persuade Ed Gorman to thrust his arm back into that dusty rolltop one more time?
I sure as hell would miss never being Sam McCain again.
Posted by Mathew Paust at 3:04 PM