Had I not already known who wrote The Long-Legged Fly I would have been shocked to learn it was not Walter Mosley introducing a new PI series with “Lew Griffin” taking over the sleuthing business from Easy Rawlins. I’d never known of Fly’s author until two days ago when I read a short-story of his in the Bill Crider tribute collection, Bullets and Other Hurting Things. The story was so good, so different, I immediately looked up its author on Amazon and downloaded the first in his Lew Griffin series. It was a thoroughly absorbing though surprisingly quick read, living up to the good and different writing that had snagged my interest in the Bullets story, and I finished it in several hours. But as I approached the ending I began to wonder if I had mistakenly downloaded the last book in the series instead of the first. My wonderment was rewarded so smoothly, its unexpected end-twist so cleverly executed and the first chapter of the series second so teasingly and brilliantly presented that I vowed aloud to myself to read every last one of them. 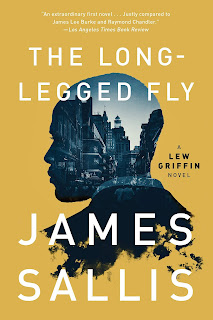 So you can see I have to be somewhat careful what I reveal in this review so as not to give any spoilers away, and so I shall try.

I must confess I'm still so dazzled by the authentic feel of Fly that I’ve studied the author’s photo more than I do usually with writers I admire, this time to try to determine if he’s a light-skinned black – so light as to pass for white. One of Amazon’s customer reviewers of Fly says flat out “he’s a white guy.” I’m pretty sure he is white, but. . .his writing is so unusually good and so authentic I don’t really care. Just curious. Also guessing maybe this ambiguity might be why, as some critics point out, the author hasn’t reached the popular success of novelists he clearly outshines. Perhaps there’s an instinctive reluctance to too enthusiastically embrace the work of a white guy who writes like a black guy. Who knows. We people! Disappointingly chicken-hearted, we can be, distinguishing the real from the more comfortable appearance.

Fly is set in New Orleans, which may be why some reviewers compare him with James Lee Burke. I would disagree, although each writer’s work has a constant poetic feel other crime writers only try sometimes to attain. I’ve read pretty much all of Burke’s work. Admire him greatly, and, in fact, will read anything by him I can find. To me, though, Fly is leagues beyond Burke’s best, in its poetic sensibility, its characters, the inescapable genius at its core. Its plot is rather simple: a series of “cases,” involving the hunt for missing people. Mostly Griffin ultimately fails, or he finds them too late to save them from whatever disaster they were facing, losing a vital piece of himself with each vocational failure. Fly covers much of a lifetime, starting in 1964 and winding up in the present when the book came out in 1992. About the only missing modern feature coming to mind is the lack of smart phones — even simple old fliptop cell phones – and that’s an afterthought that never occurred to me during the reading. 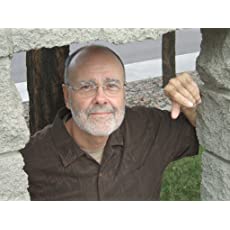 Here’s a small sampling of what I found so riveting and internally explosive in Fly:

In a notoriously wild city, the Channel at one time and for a long time was the wildest spot of all, scene of bars with names like Bucket of Blood, showers of bricks for encroaching outsiders, police killings. Whenever it rained, which in New Orleans was damn near always, water poured down from the Garden District just uptown onto the poor, low-living Irish here, which is probably where the name came from.

Forget the Longs and political machines, forget the Mafia, the Petroleum Club, the Church or city hall: roaches are the ones who really run New Orleans. Our proudest product, our veritable raison d’être. No one does roaches like we do. Ought to be a statue of one out there on the river where everybody could see it, big as a building.

Other people’s roaches, other place’s roaches, run for cover when you turn the lights on. You ever seen any different? But not here, man. New Orleans roaches are more liable to drop to one knee and give out with a chorus or two of ‘Swanee.’ They’re the true Negroes, roaches are, the only pure strain that’s left, maybe. You know what happened in all them woodpiles.

“There isn’t anyone like me, Lew.” I looked at her then, the way she held the toast, looking at it slightly cross-eyed, and I knew she was right. It’s never ideas, but simple things, that break our hearts: a falling leaf that plunges us into our own irredeemable past, the memory of a young woman’s ankle, a single smile among unknown faces, a madeleine, a piece of toast.

And here’s a poem fragment I found on the author’s webpage (he’s also a poet, a professor, a musicologist, a reviewer, a biographer, and undoubtedly a few other things that aren’t coming to mind). The fragment:

What is left for us, here
among our families, books and friends,
but to go on as we must.
There will be no more Tolstoys.
There's only the chance to do
what remains:
Find beauty, try to understand, survive.

—from "To a Russian Friend"