It was my moment. The phrase flashed on and off in my head like the blue neon Pabst in the window down at Morey's. A tombstone then floated into view and there it was again, engraved beneath my name: "Hobbled to glory."


Clearly this was it.  All my days' dreaming, scheming, writing, blogging, pouting, propagating, proclaiming, pretending and any other "p" you can imagine had come down to this one huge life-defining Portentous Pretend. I was to limp with stunned, growing horror, as I navigated through the swirling smoke and maze of human corpses while the cameras rolled around me and probably above me and, for all I knew, under me.


I was an extra, or, as we're called nowadays, "background." This insider's term I learned from my daughter, who'd landed a background job for another remake of the old swashbuckling romance To Have and To Hold. It was being filmed at various locations. Our set was within an hour's drive.

We'd been rising at 3:30 a.m. over the past month to drive to the sets.  I'd drop her off at the "background tent," eat some freshly fried eggs and corned beef hash, drink a freshly brewed cup of coffee (the food on movie sets is bountiful, excellent and free)  and drive home to blog and nap before heading back to pick her up. Thursday the casting director was shy several male "settlers."  He tapped me and another father/chauffeur to fill in.


At $142 union scale per day and two terrific meals, surrounded all day by pretty female settlers who depended on us rugged males to protect them from the fierce indigenous warriors bent on annihilating every last one of us, I hesitated for a New York second and enlisted. 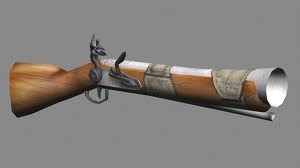 The day was long and very similar to an actual military encampment, consisting largely of standing around awaiting orders and engaging intermittently in furious moments of often arduous and dangerous activity. For this the action included climbing a rickety ladder to a rickety wooden shelf, firing a real flintlock blunderbuss over the palisade, cutting my hand on one of the many sharp points at the top as I swung a heavy rubber hatchet to beat back imaginary warriors who attempted to scale the spikey wall and enter the fort, and, after we'd satisfied the director's expectations, descending the rickety ladder to solid ground. And maybe back up again if he spotted some flaw while studying the rushes piped to screens in his viewing tent.
When the director shouted "wrap" at sundown I was as exhausted and sore as if I'd been in a real battle.


My performance was either so good or the set was still so shy they invited me back.


Next morning, after another heavenly breakfast of eggs, hash and coffee I suited up and rode the van to the set. This time despite the apparent shortage of background settlers they were also short of rubber hatchets, forcing me to defend my women with a beech limb club. I did so enthusiastically with a burgeoning feel of realism and a steadily mounting awareness of various pains.


An ankle, my lower back and the shoulder of the arm that had swung the hatchet the day prior were most noticeably distressed.


It was near the close of this day my moment of glory arrived. An assistant director who was separated at birth from Kathy Bates (and, for all I know might well be Kathy Bates) began plucking settlers from the group of us who were standing around in the chilly wind as one of the movie's final scenes was being prepared. 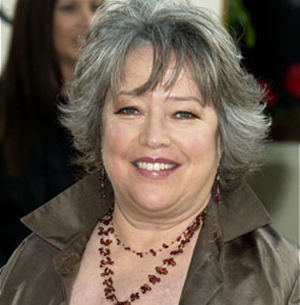 
"You're dead," she'd say sweetly, tugging a poufy sleeve toward the killing ground directly in front of the fort's front gate. The settler would shuffle after her and, at her direction, lie down in a crumpled heap among the other corpses already so dispatched. I kept edging away from the selection site. She found me anyway.


"I can't die," I said, peering into her sensitive brown eyes.  "My ankle hurts and if I lie down on that cold cold ground you might need one of those camera cranes to get me back up."


Some of what I just wrote is likely imaginary, but I believe "Kathy" caught the drift of my concern at about the same time her eyes lit up with a flash of innovation. "Come with me, anyway, dear. I like your limp." I liked her then, too, a lot.


What she had in mind was for me to limp slowly through the scattered bodies, leaning on my club as if it were a crutch, which is precisely how I was then using it. I was to pause at one of the corpses along the way, stare at it a moment and shake my head sadly. She shook her head to show me how. I shook mine the same way to show her I understood.


I smiled intelligently, I think, and murmured sounds of enthusiastic comprehension. Then I stood at the start of the mass of prostrate Indians and settlers as Kathy and various other crew fiddled and fussed, moving bodies this way and that, pulling one out and bringing in a replacement. This process seemed interminable, as many such scene preps did my two days on the set.


And this is when my moment arrived. One of the corpses, at the very end of the display, about thirty yards from where I stood, a female figure I suddenly recognized was Sarah, my daughter.


You can probably fill in the rest of this part yourself, but I'll highlight the flashes: I hobble through the killing field as smoke from machines and burning powder made from walnut shells turn the field into a ghostly tableau of death, shake my head sadly at one of the corpses, as directed, and then...and then when I reach my daughter I do my Brando, defying Kathy's directions, and wobble to a knee over my daughter, remove my wide-brimmed feathered hat, bow my head and weep a just barely manly weep until the director's enormous voice shouts CUT!!! THAT'S A WRAP!!! to be echoed by the shouted voices of his many underlings scattered throughout the set.


They'd have to leave it in, I knew.  How could they not? Kathy would forgive me.  Maybe invite me to her trailer for a drink afterward. I'd give her copies of my books. We'd...


"Take a break, dears.  Get some coffee," she shouted to me and the corpses. I limped off to the coffee stand, still working the scene over in my head, thinking maybe I could look up so that at least one of the many cameras would catch me saying "Nooo!" or something.


I was hobbling back to the scene, sipping coffee, still working on what I might blurt, knowing it had to be a real word so I'd move up a notch from background to "speaking part" and be listed in the credits. Thinking these kinds of craft thoughts. As I stepped into the brightly lit killing area, Kathy approached from my left and put a gentle hand on my shoulder.


"I'm sorry, dearie. We're not doing the scene," she said. I don't recall anything else she might have said, as these words had in fact stunned me. My one flash that she'd said it merely to help me achieve the method actor's realistic simulation of an emotion, in this case being stunned, evaporated when she announced the same dismissal to the corpses as they arrived with their coffee. Lights were being extinguished. The scene was dead. The day was a wrap.


Back at the background tent, they asked if I would be back for Saturday's shoot. I would have loved to, but two things made me decline. I had a book-signing scheduled and I knew my body would rebel were I to ask it to climb one more rickety ladder or swing one more rubber hatchet or wooden club or breathe one more lungful of ground walnut shell smoke.


Sarah and her brother went up, though, and their mother. I sold one book at the Twice Told Tales signing, but I got to sit and breathe untainted air. The only weapon I wielded was my pen.  I walked like Groucho each time I left my chair for one thing or another. Still sore. Sad, too.  I coulda been a...oh, I won't say it. 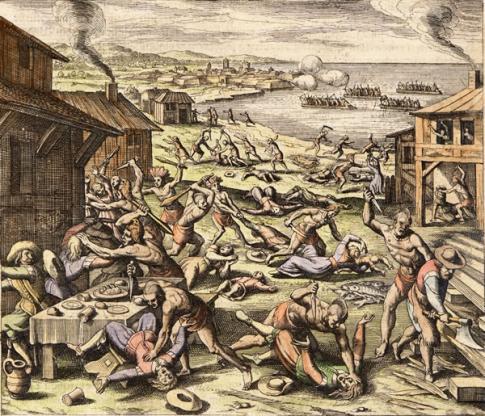 [Epilogue: The filming described here was in 2012. It is now July 5, 2015, and To Have and To Hold, starring Aiden Turner and Kelly Greyson, has yet to be released. And that, as those who know love to say, is the film biz.]

Email ThisBlogThis!Share to TwitterShare to FacebookShare to Pinterest
Labels: aiden turner, jamestown, kathy bates, kelly greyson, to have and to hold